What is drone journalism? How are drones changing news reporting? 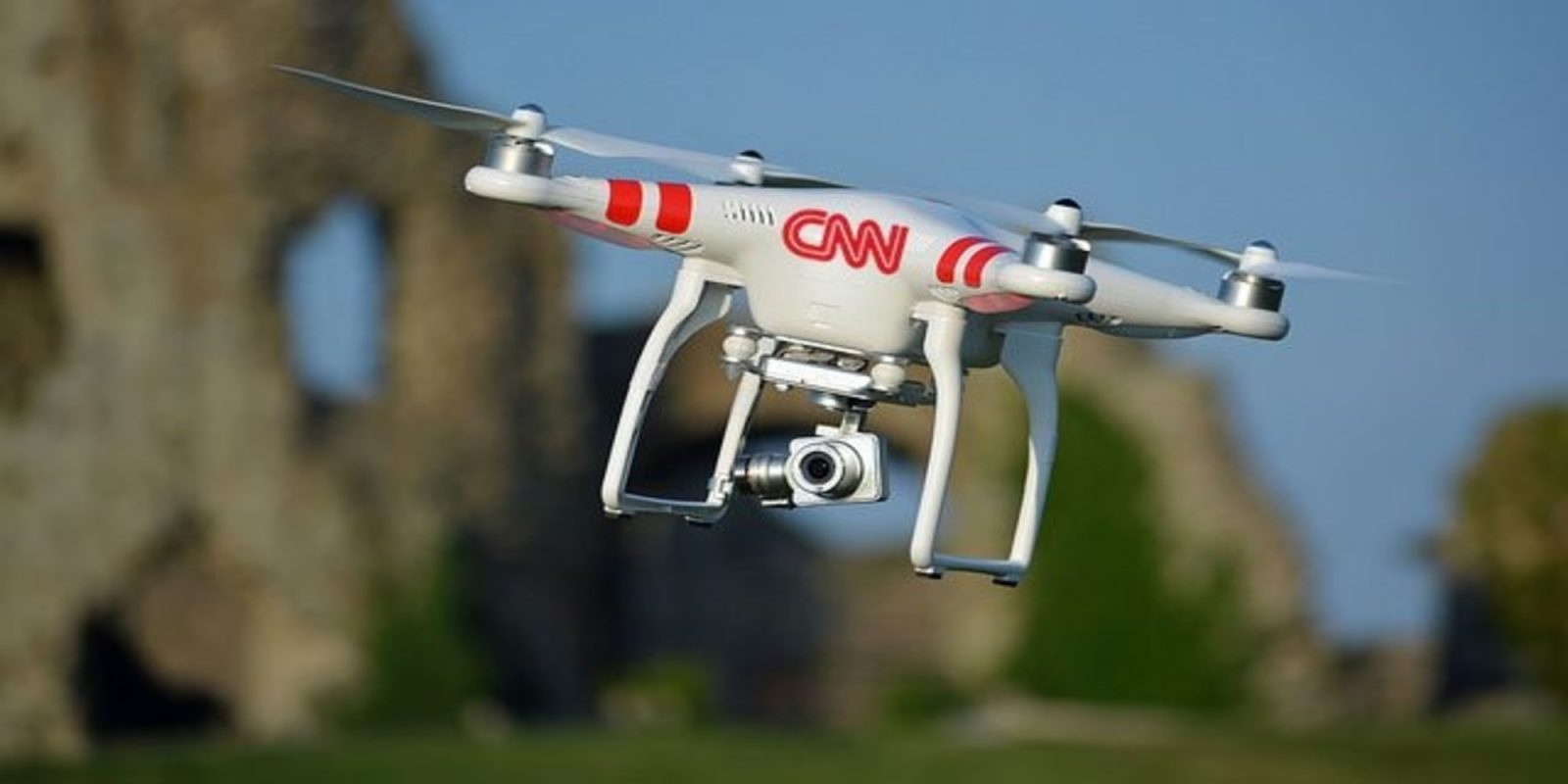 On World Press Freedom Day, here’s a quick lowdown on drone journalism interspersed with a brief history of aerial newsgathering and how drones are democratizing airborne reporting.

Drone journalism: getting an aerial perspective

Drones, also known as unmanned aerial vehicles (UAVs) or remotely piloted aircraft systems (RPAS), have opened up new opportunities across a multitude of industries. And journalism is no different.

Drone journalism refers to the use of drones for newsgathering purposes. Drone photos and videos lend a unique aerial perspective to everyday news coverage, allowing journalists to make their reports more insightful and innovative.

A brief history of aerial newsgathering

The use of aerial videography in journalism is nothing new though. In 1958, a Los Angeles-based local TV station, KTLA, modified a Bell 47 – the iconic single rotor single-engine light helicopter – and outfitted it with broadcast equipment. And so was born the world’s first Telecopter – a television news helicopter.

Long story short, having a unique vantage point empowered the TV channel to convert local news into a cash cow. A record $500,000 of advertising was sold within the first four months of operations. Another $250,000 was brought in by Procter & Gamble who wanted to be known as the sponsor of Telecopter coverage.

Soon, every TV station in the top media markets of the United States was clamoring for a helicopter. And Bell became a name synonymous with electronic newsgathering.

In 2008, the company estimated it had about 200 choppers on lease to TV channels, enabling them to gather about 70 to 90 hours of aerial footage in peak months. At the time, Jay Gormley, then a reporter for CBS 11 in Dallas, said:

Why are newsrooms replacing helicopters with drones?

The biggest advantage of using drones in journalism is their affordability. Chartering a helicopter costs hundreds of dollars per hour and only wealthy media houses can afford to do that. In the same budget, even a freelance journalist can easily buy a drone and have a permanent smart asset for news coverage. DJI’s new Air 2S, for example, costs less than $1,000 and can shoot incredible 5.4K videos.

Fun fact: DroneDJ Editor-in-Chief Scott Simmie built a tricopter drone for Toronto Star newspaper in 2011 to save the organization from the expensive and time-consuming proposition of hiring a Cessna or a helicopter!

But their moderately low costs are not the only reason why more and more drones are finding their way to the newsroom. Unlike helicopters, using drones means you’re not putting human life at risk. Capturing the site of a chemical factory accident or a toxic spill with a drone, for example, is exponentially safer than using a manned aircraft for the same purpose.

Easy accessibility to drones is also allowing private citizens to contribute to journalism more easily. As of April 26, 2021, there are 873,265 drones registered in the United States. A citizen journalist could simply pick up, or even live-stream, newsworthy footage from an event and contribute to reporting by media organizations.

So, it’s safe to say that drone journalism has become an essential storytelling tool for news agencies and freelance reporters across the globe. Go check out some examples of how top media organizations are using drones in their reporting.