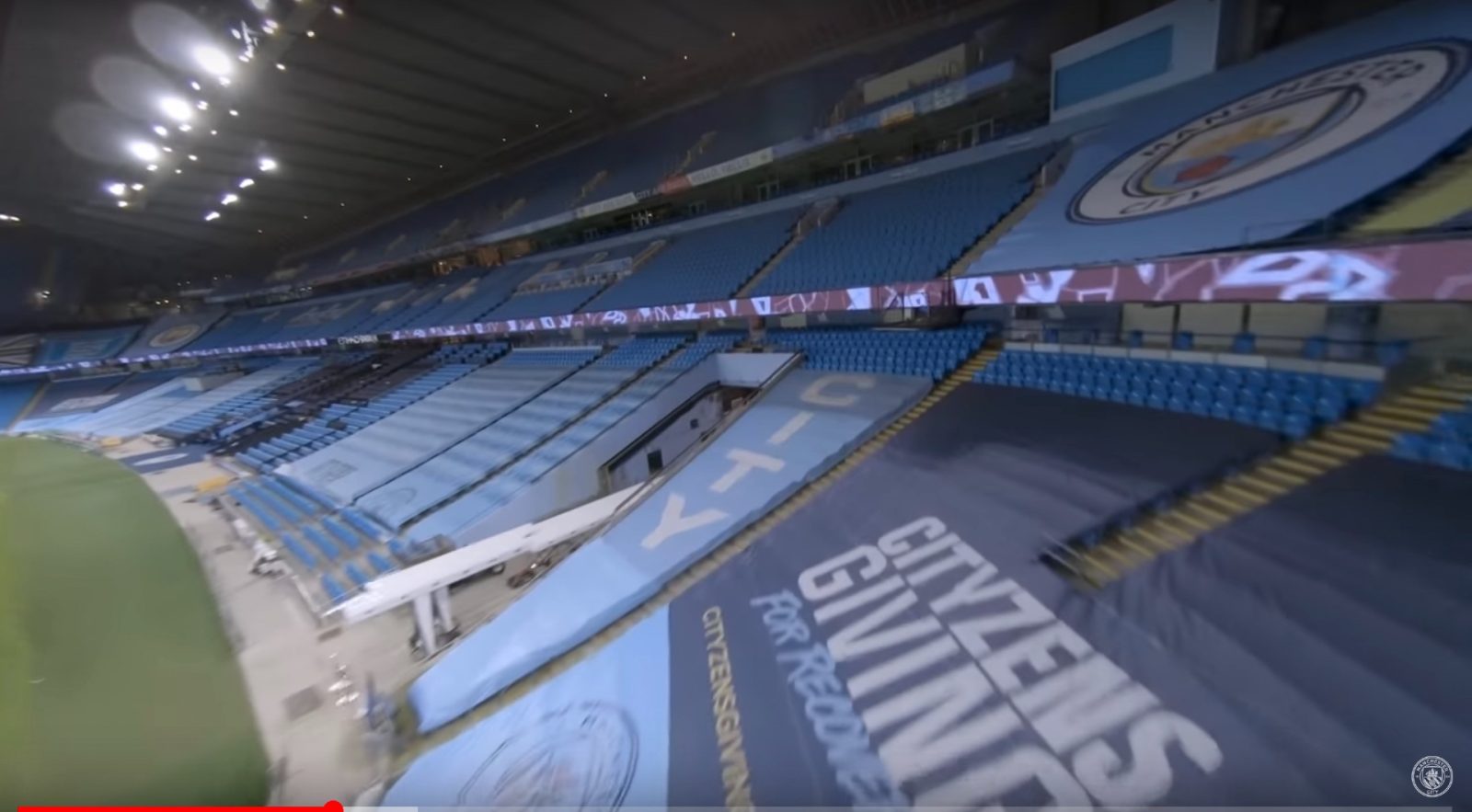 You don’t have to be a fan of newly crowned English Premier League champion Manchester City (and we aren’t. Go you Gooners!) to be wowed by the dazzling single-take drone fly-through video of the club’s Etihad Stadium. In fact, you don’t even have to like soccer. But try not to be gob-smacked by the world-class piloting in features.

Man City released the spectacular film to celebrate the new league title – its fifth in the last decade. Perhaps sweeter still, its championship was mathematically guaranteed after a loss by cross-town arch-rival Manchester United. The whistle ending that match had scarcely blown when City fans throughout Manchester – and the world ­– exploded in celebration.

Just as quick to react were Man City officials, who immediately released their previously prepared video of Etihad Stadium to fete the event. The single-shot flight through the entry, hallways, grandstands, locker rooms and playing field is as remarkable for its super-fast speed and acrobatic piloting as it is for its 100% unaltered, unenhanced state. Even ManU fans must have been awed by it.

Get ready to be flabbergasted (but don’t try this at your sporting home).

Droning thanks to fans

Man City officials called the jaw-dropping footage both a gift and homage to fans who’d backed the team even as anti-COVID-19 measures prevented them from visiting the stadium all season.

In a season like no other, one which has been significantly affected by the Coronavirus pandemic, City have shown remarkable consistency in turbulent times, overcoming a grueling fixture schedule by heavily rotating the squad to ensure every player has played a part in this success.

And this success has been delivered without having our beloved supporters with us in the stadium. Our commitment and desire to deliver success for our fans watching at home will make the reunion at the Etihad Stadium a special occasion for everyone when it finally happens.

Until then, City fans will bide their time savoring the new trophy – suitably featured in the video’s last, central-pitch shot – and enjoying repeated viewings of the amazing, drone-led tour of their stadium.

Next year, we’ll (hopefully) be flown around Emirates Stadium to salute Arsenal’s victorious rise from this season’s dismal ashes.