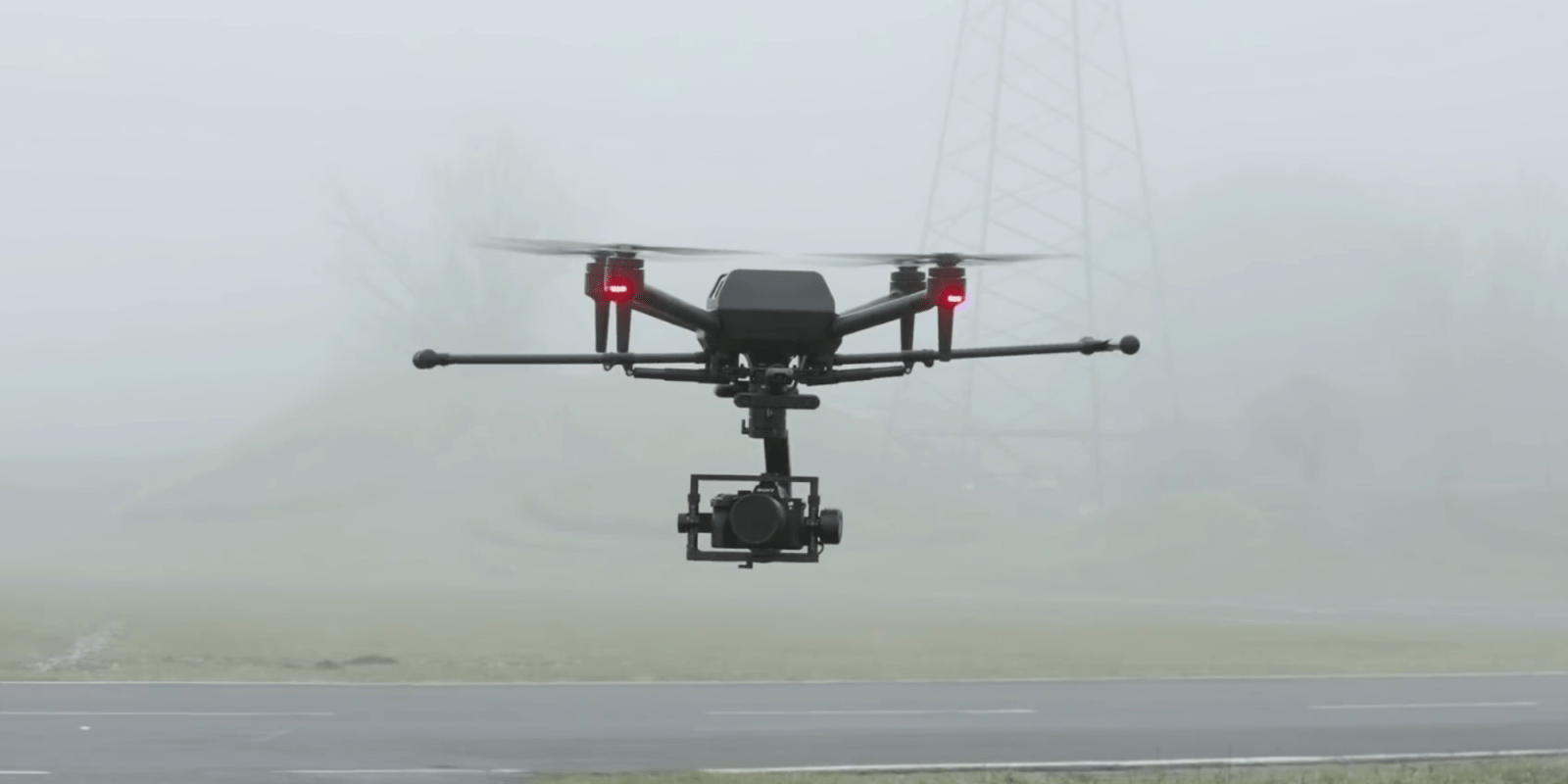 Sick of struggling through phone calls in noisy places (often made that way by people shouting into their mobiles above the ambient din)? Well, squads of noise-cancelling Sony drones may soon be sparing your ears.

The Japanese electronics giant has filed an application with the United States Patent and Trademark Office for its specs of quiet-spreading unmanned aerial vehicles (UAV). The request, reviewed and detailed by tech patent specialists Founders Legal, details the use of several drones to squelch surrounding clamor in areas designated to get the silent treatment.

The filing also outlines the possibility of racket-battling craft following specified people around to ensure they remain in their hushed bubble.

Even after a year-plus of COVID-19-imposed separation and home confinement, it isn’t difficult to appreciate all the places and situations in which noise suppression technology would be a real gift. (In this case, one literally from the heavens.)

Calm work spaces could be created in the middle of industrial compounds, factories, transportation hubs, or large construction sites. The same approach could be used to maintain quiet zones in locales like convention centers, public events, or even malls. And imagine having a telephone business meeting knowing other callers will be none the wiser if a home run causes the surrounding crowd to erupt.

According to the Founders Legal report, Sony’s application describes a squad of AI-enhanced drones flying to spots they’d identify using a real-time image data fed through a processing algorithm. The same ground imagery, if put into motion, would permit the dispatched UAVs to follow along.

The noise-cancellation function, Founders Legal writes, would work as follows:

The drones are outfitted with speakers. Once the drones have been properly positioned, they use their audio capture abilities to process the ambient sound in a given area. The speakers equipped with the drones are then capable of creating audio signals that cancel the processed ambient noise resulting in virtual noise cancellation boundary… The ability to create a virtual noise barrier can be leveraged in many different ways and is sure to be widely implemented once the technology has matured enough.

Next up: drone shushing drones?

One difficulty Sony may confront in developing its plan is loading so much processing capacity into UAV payloads. Image and audio data represent fairly heavy lifting in processing terms. Add to that the interconnectivity of participating drones to one another, the ground video feed, and a control station. Fortunately, Sony – and the wider world of tech – has gotten really good at shrinking systems way down without diminishing their power, so there’s reason to hope.

Plus, if Sony can surmount those challenges in perfecting its silence-blasting UAVs, perhaps it can move on to the feat that has thus far proved elusive to everyone else: designing individual drones that cancel their own noise while in flight.