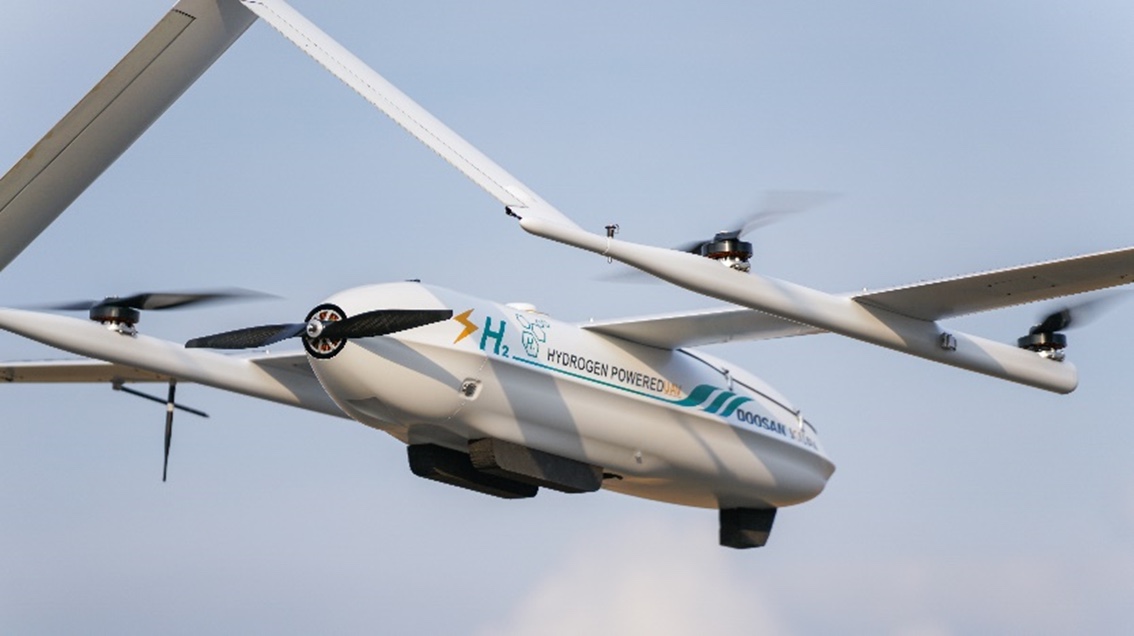 Drone pilots dreaming of longer, cleaner flights powered by hydrogen cells, take heart. This week opens with news indicating development and use of the technology is really taking wing.

Monday brought word that South Korean hydrogen fuel company Doosan Mobility has closed a $737,000 deal with the nation’s military for a fleet of hydrogen powered drones. Doosan will deliver the unmanned aerial vehicles (UAV) in November for use in the army’s surveillance programs.

Embrace of hydrogen cell technology by the armed forces will expand the time each drone can be flown to two hours. Standard batteries currently allow for missions of about 30 minutes.

The Doosan UAVs will also be equipped with low-noise and low-vibration technologies. The combination, officials say, will produce extended ­– and thus more efficient – surveillance missions at considerably decreased risk of detection.

The procurement was made under a governmental rapid acquisition process. That allows the military to accelerate purchases of quickly developing, highly promising technologies from private sector players that enhance national security. Officials have also described the turn to Doosan UAVs as the foundation of the army’s new hydrogen-powered infrastructure. Over time, that will extend to longer-range drones and the operation of weapons systems as well.

The announcement comes less than a month after Doosan signed a deal with Dutch government agencies to use its hydrogen cell drones in North Sea service testing. Activities within those will include deliveries, search and rescue missions, asset inspections, reconnaissance, and environmental monitoring.

The longer flight distances Doosan’s hydrogen cells allow – up to 70 km – had previously led US authorities and companies to turn to the technology in emergency response and pipeline inspection scenarios.

As DroneDJ wrote last week, Thales and partners Drones-Center and ZenT completed test flights of two hours with hydrogen cells. Those were then fully recharged in less than a minute – a super-fast feat. Thales researchers say the quickly developing hydrogen technology should allow for flights of UAV with 6.5 lbs. payload of three hours or more.

The continued flurry of activity surrounding hydrogen power represents a self-propelling virtuous spiral. In it, advances in the technology drives further commercial deals, which generates funds for even larger investment to accelerate development.