‘Smelling’ drones may put bomb-sniffing dogs out of work 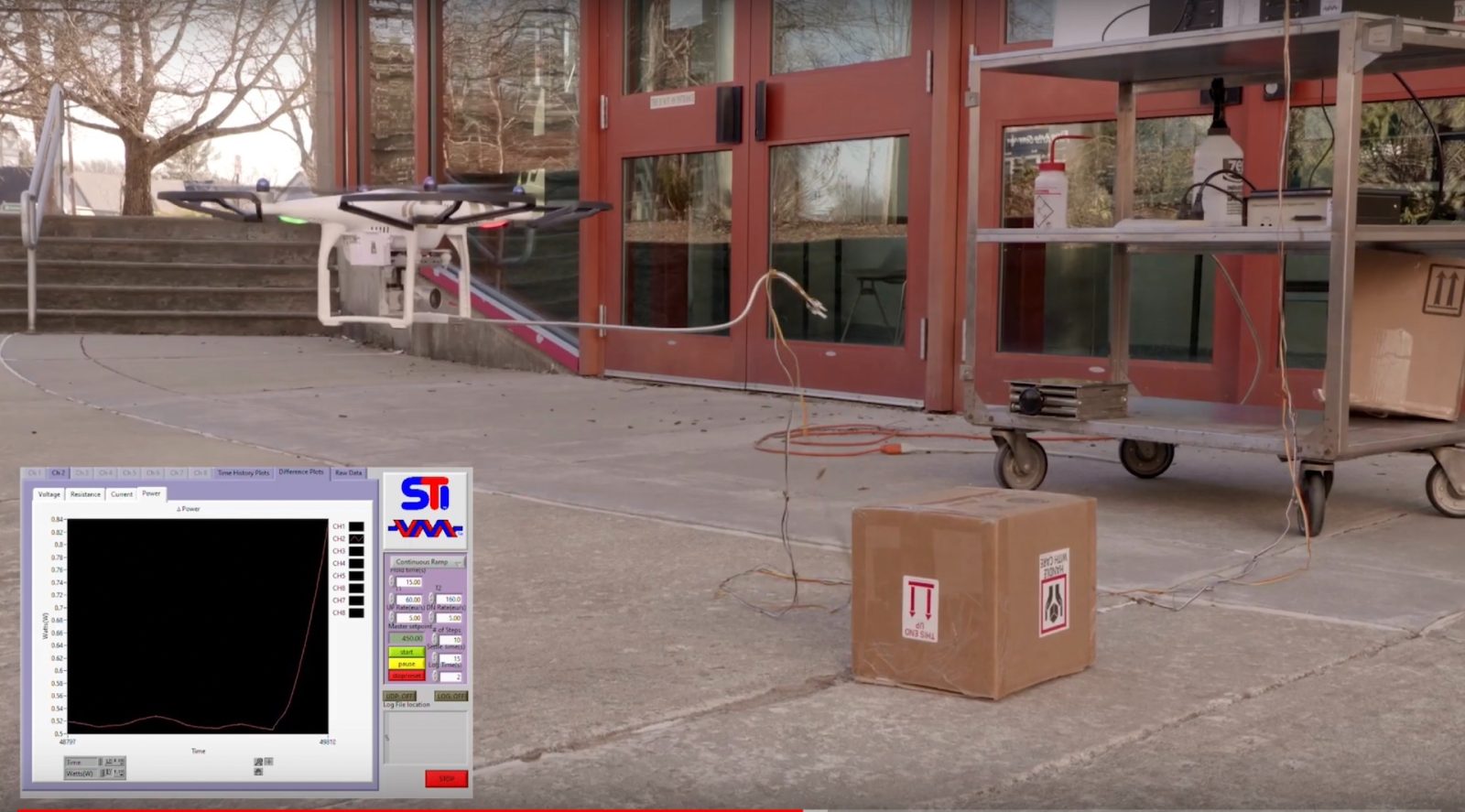 University researchers have developed a “smelling” sensor that – once mounted on a drone or robotic vehicle – could replace sniffer dogs in the dangerous work of identifying threats with their snouts.

University of Rhode Island professor Otto Gregory has spent the last 15 years developing sensors with increasingly refined particle detection capacities. Meaning, for all intents and purposes, they “smell” tiny bits of substances in the air. Backed up by chemical engineering doctoral student Peter Ricci, Gregory has continually reduced the size of those sensors even as he strengthened their detection capabilities.

The pair now have them to where they can identify an entire range of dangerous, potentially lethal matter down to the part-per-quadrillion level. When it comes to explosives, they say, their “digital dog nose” can sniff right down to the per-trillion level.

The utility of that in security terms, Ricci says, logically comes through use on drones.

We are putting them on the drones themselves so that way they can be experimentally tested for different applications. Whether you’re in an airport flying (them) around with a smaller drone, or in a battle zone where there’s a larger explosives threat where they could be flown in on a UAV-sized drone…(it’s) the start of the process of taking sensors we’ve been developing for so long and putting them in an application where they can be useful.

The duo has conducted their own testing in both outdoor and indoor settings using a sensor-equipped DJI Phantom 3. The smell-enabled craft has routinely aced tests by relaying data from two sensors: one with a sample of a target substance, and another picking up ambient particles in the air. Those feeds are sent through a cable “leash” into a computer that Gregory and Ricci monitor. Gregory says technology already allows for those transfers to occur in wireless form.

The sensors are as refined – picking up particles at virtually the molecule level – as their applications are broad. Mounting them on drones would permit police and other authorities to check packages and luggage for bombs, sniff out hidden narcotics, or even detect COVID-19 viruses in people. “The platform is broad-based, so you can apply it to lots of different venues, with lots of different end users,” says Gregory.

But why go to all that trouble when dogs already do a fine job sniffing out trouble for us to avoid? For a few reasons. First, the sensors go beyond canine qualitative detection capacities – smelling if a substance is present, or not – to provide quantitative information of abundance.

Second, he adds, the attention span of even expertly trained canines is 1.5 hours, two max. After that, they start to become distracted to a point where even constant treats can’t keep them focused. “We need to be looking out there at these threats 27/4, and that’s what dogs can’t do – or you’ll need a lot of dogs,” Gregory notes.

Finally, since dogs were initially deployed to keep humans away from potentially deadly threats, isn’t it time we do the same for our best friends by way of drones?