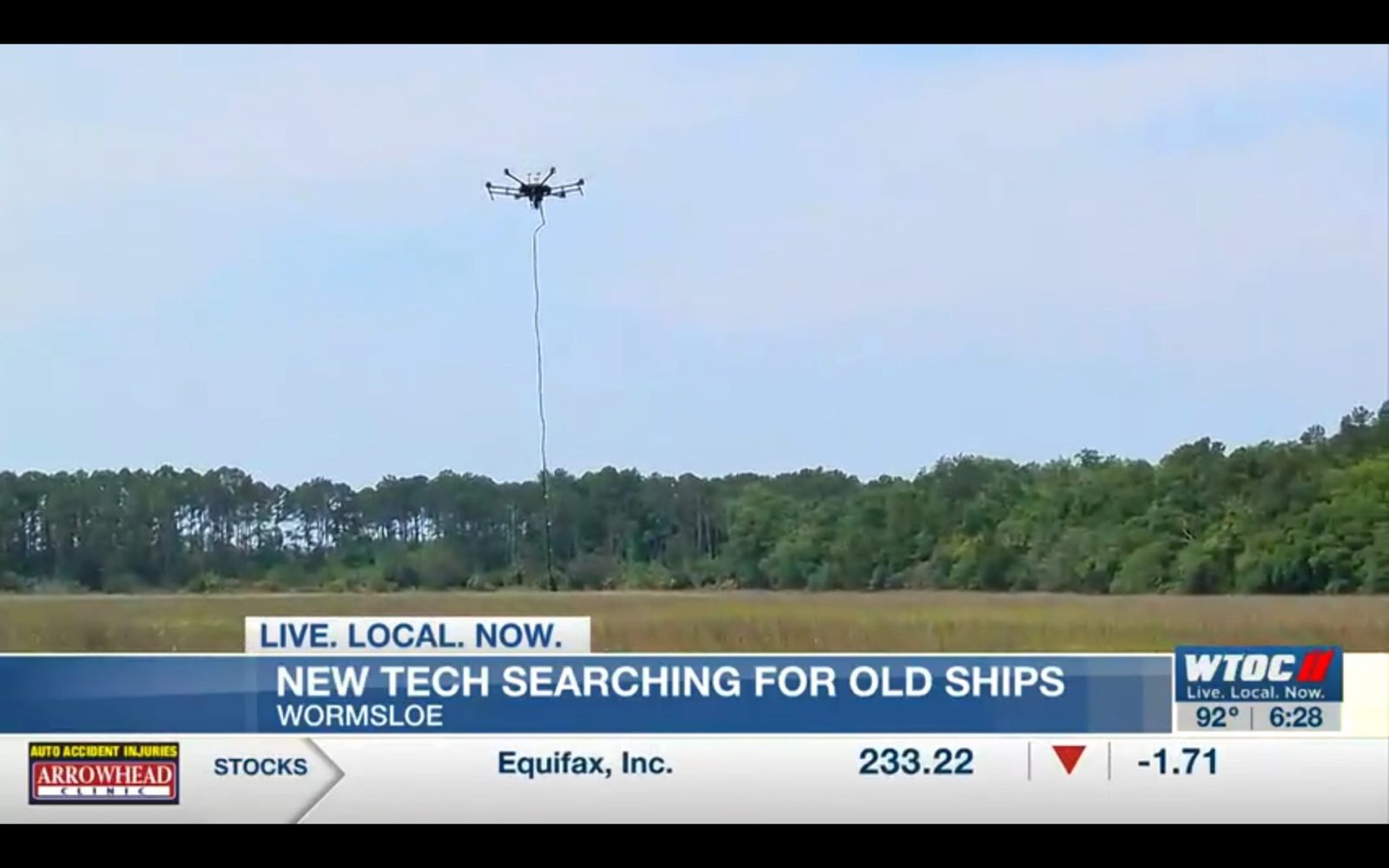 News footage of the artifact-hunting drone
0

A sensor-dragging drone has Georgia’s Wormsloe Historic Site abuzz. Hopes are that the craft may uncover sentry boats sunk in the surrounding bog that were used to spot hostile Spanish troops at the outset of the American Revolution.

The search activity is being led by University of Miami historians and archaeologists flying a hexacopter drone above marshes around the Wormsloe Historic Site, named after the Wormsloe colonial estate of Noble Jones (1702–1775). Vestiges of the dwelling are the oldest standing structure in Savannah, and the state-run site also features artifacts dating from the colonial period to more recent times.

Following his arrival in Georgia in 1733, Jones fulfilled an astonishing number of roles in both pre- and post-colonial eras. Those included work as a doctor, constable, Indian agent, royal councilor, and surveyor – the latter of which made him central to founding two towns in the region.

So why is a drone deployed to take magnetic readings of the marshy area around his former crib?

Researchers are hoping to find a pair of nearly 250-year-old boats that had been used to patrol the swampy terrain as the American Revolution got under way. Those vessels were used in Joneses’ brief journey to the wrong side of history.

At the time, Spain – like France – hoped to encourage and support the growing anti-England activities spreading among colonial subjects hankering for independence. Jones, by contrast, was a loyalist to the crown, and assumed command of a unit of marines tasked with defending Georgia’s coast. That meant scouting the area in search of perfidious Europeans (continentals, in any case).

“They put cannon in the bow of these boats, and they wanted them to scout out this area and around the sea islands to keep a lookout for the Spanish, so they didn’t come up and attack the city,” University of Miami assistant professor of History Kurt Knoerl told TV channel WTOC in its coverage of the hunt.

During one such outing, two of those craft went down.So now Knoerl and his colleagues have been called in with higher tech tools than those used in previous searches. That involves meticulous crisscrossing of the boggy area by the drone trailing a magnometer just above the surface. The unit can detect objects with even slightly different magnetic fields to the surrounding environment.

While that technology dates to the 1950s, it’s hoped the accurate grid surveying of the marsh that drones enable may turn up the hidden historical gems within the wide expanse. Sunken vessels have been located recently by an Irish drone pilot.

Thus far, the team hasn’t hit submerged pay dirt, but they note this new tack has only just begun – and is initially slated to continue for just a week. “There’s only going to be more and more exploration in our own watery backyard over the next couple years,” promises Knoerl. “This is just the start.”

In other words, visitors to Wormsloe Historic Site will be hearing more than just mosquitos buzzing around.