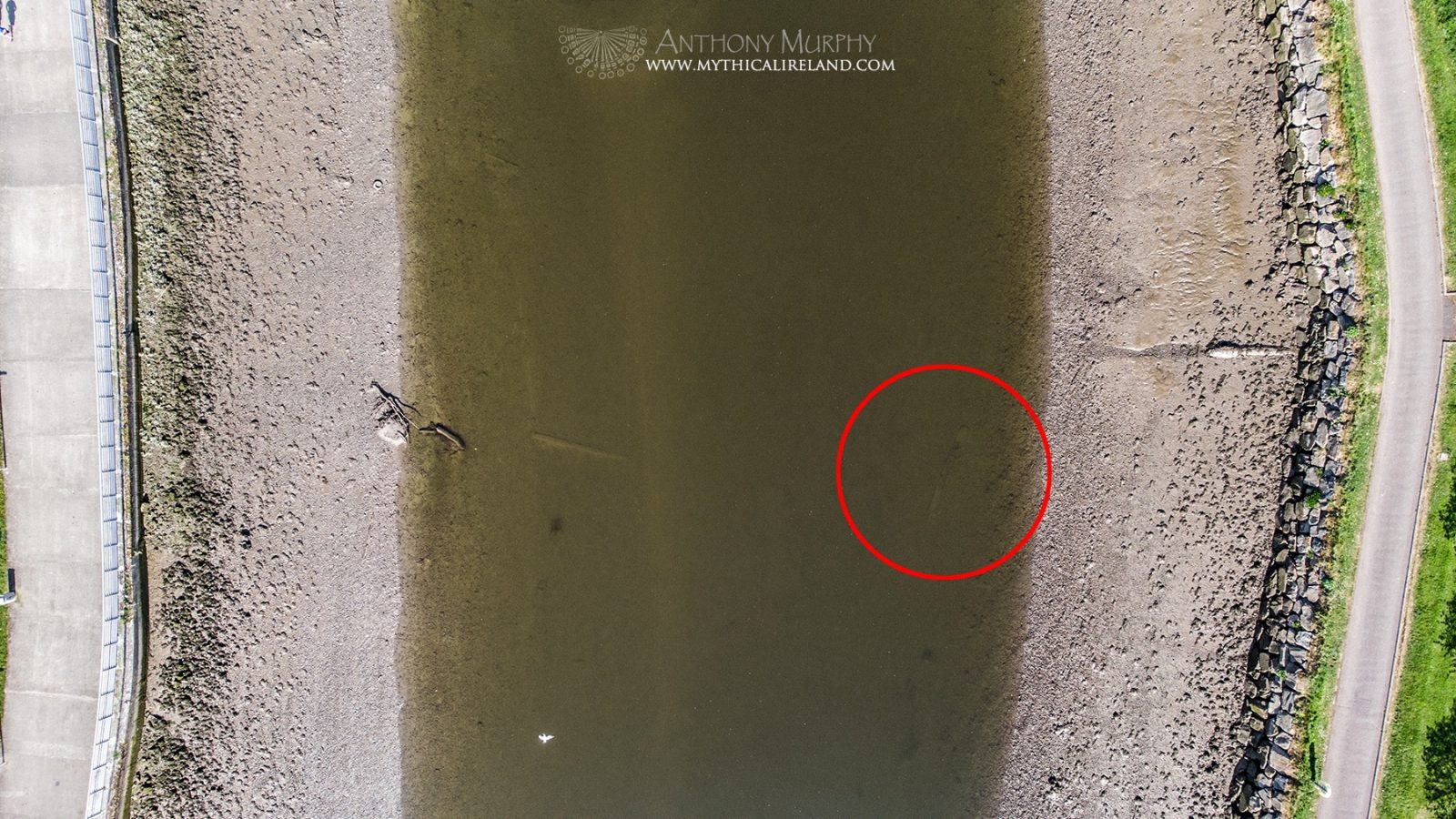 Anthony Murphy was flying his drone in search of a bottle-nosed dolphin nicknamed Kevin. Instead, he found three ancient, possibly Neolithic Irish logboats on the floor of the River Boyne.

A professional writer and photographer during working hours, Murphy is also an avocational archeologist and drone enthusiast who publishes his findings on the Mythical Ireland Blog. He made the discoveries in his Drogheda hometown – about 56 miles north of Dublin – when strong oceanic tides had considerably lowered the Boyne’s level. His initial search was for Kevin the dolphin, whose recent river sighting had made him a hot topic among locals.

But Kevin (named after Costner. Long story…) was nowhere to be found. In reviewing his footage later, however, Murphy noticed the first, oddly shaped submerged form. So, he returned for another look with his DJI Mini 2 and made his first finding.

With the drone flying a short distance above the river, I noticed an object in the shallow low-tide water of the Boyne… I thought it looked suspiciously like a logboat or dugout canoe. I was aware that one such logboat had been discovered in this stretch of the river in 2016, and that boat turned out to be Neolithic in date, making it around 5,000 years old.

When at first you don’t succeed, fly, fly again

Alas, archeological experts quickly checked the spot and said the boat had been previously reported and dated back to between 400 and 1654 AD. Undaunted, Murphy continued his flights over the Boyne – forget about Kevin now! – and within three days turned up two more of the vessels.

During the course of carrying out a vertical photography reconnaissance mission, I spotted what appeared to be two lengthy, straight timbers in the Boyne about 270m upstream of the Bridge of Peace … I would say it is perhaps somewhere in the region of 15ft (c. 4.5m) in length.

As news of the discoveries spread, Murphy (and logboats) gained international attention. Nobody, by contrast, even mentions Kevin anymore.

Logboats were long, narrow canoe-like craft made from a single tree hollowed out with axes. They began appearing in the region during the Neolithic era, with the youngest relic found dating to 1793 AD.

Because of their wide use from the Stone Age to Medieval times, Irish archeologists say they’ve been flagged to several other relics on the bottom of the 70-mile long Boyne. That doesn’t reduce what Murphy describes as the real importance of his finds. His goal, he notes, isn’t to garner attention to himself in locating the boats, but instead demonstrate how “drone photography of same brings a new perspective on these ancient artifacts.”