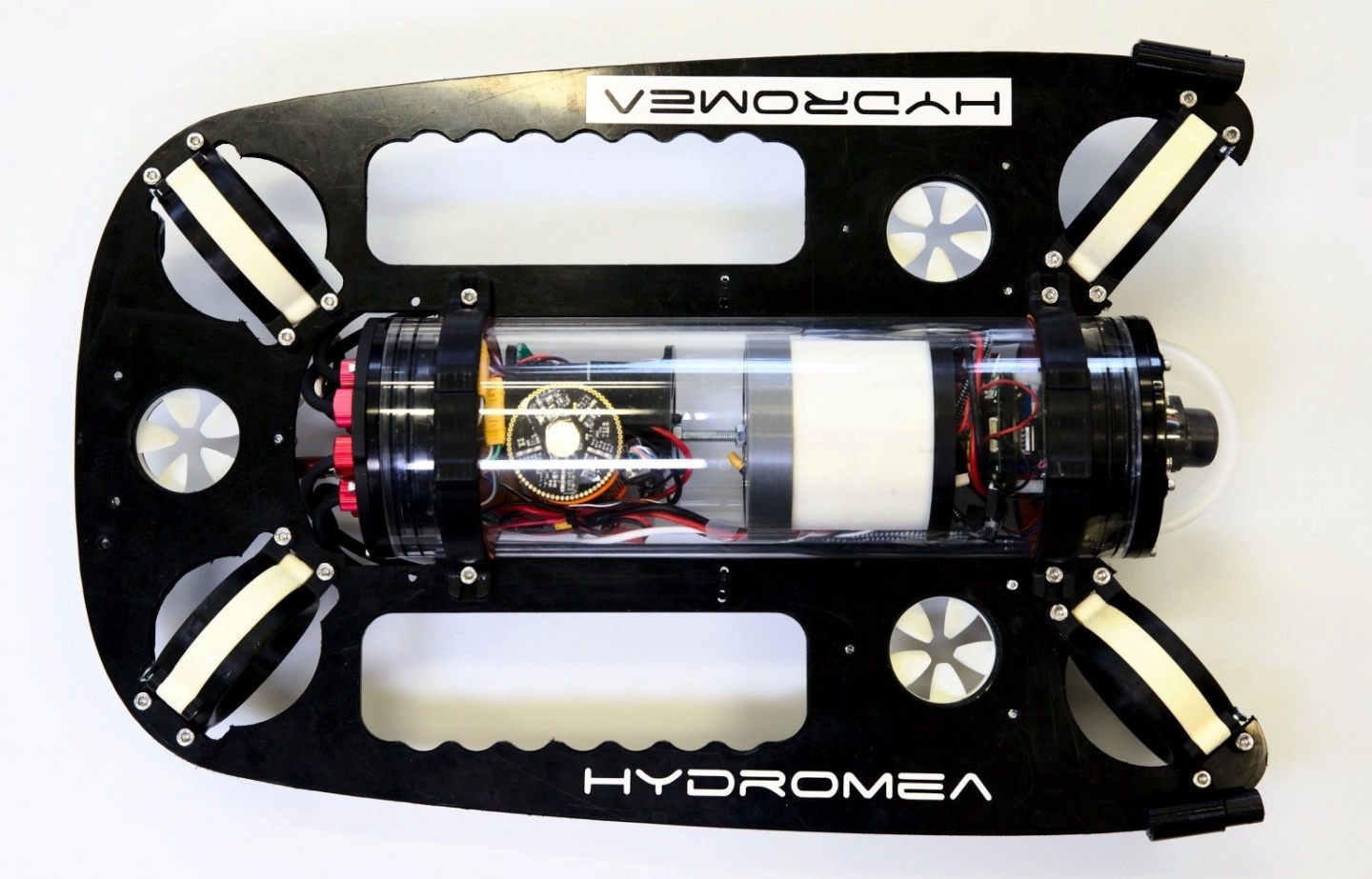 There seems to be no end to the expanding capacities being put to use by drones from above. Their performance underwater, however, has been kept, literally, on a tight leash: the tether required to communicate data to and from the surface. That may now change.

Deployment of airborne drones for photography, video, delivery, mapping, surveying, and search and rescue operations are now old hat. And once aloft, craft can be piloted to remote places where their many apps can be put to use by controllers at the sticks (who, in turn, can adapt missions based on data feeds from the craft). All that is far more complicated for maritime drones, which need a physical tether to relay information. Radio signals, it turns out, don’t travel well underwater.

But Swiss company Hydromea has found a way around that problem by transmitting data in waves that can cut through water: light.

The startup has unveiled its ExRay remotely operated vehicle (ROV), which it hails as the first wireless underwater drone. Cutting the habitual tether (and restraints those impose), Hydromea uses its Luma underwater communication application to permit ExRay to communicate with controllers. The system is based on rapid pulses of 470-nanometer blue LED light that transmit binary data between the surface and ROV. Optical modems pick up and beam back the illuminated information at each end.

Those exchanges take place at a rate of 10 megabits per second – capable of transmitting high-definition real-time video to the surface with no lag. Like many consumer drones today, the ExRay could feasibly fit the plans of either private or enterprise users. The flat-bodied drone is just 27.5 inches long and weighs 15 lbs. including battery, tilted, zoom-lens camera, optical receiver, and electronic guts. It’s powered by seven hubless thrusters, says Hydromea cofounder and CTO Felix Schill , and can operate from six to eight hours on a full charge.

Since radio signals do not travel under water, Hydromea had to develop a new technology to control the drone: a wireless optical system which uses light to transmit high-bandwidth data. With our unique technology that is robust and miniaturized, we can finally cut the cord and unleash the freedom of portable robotics underwater.

The tetherless design may at some point also make wireless ROV like ExRay less vulnerable to detection by hostile forces when used for surveillance and intelligence collection. For now, however, the technology is young enough that maritime drones won’t be matching all the feats of their flying cousins too soon.

Despite replacing the leash with light waves, ExRay’s maximal communications range is still limited to 164 feet in clear water and dark conditions. That distance wanes, of course, when daylight or turbidity increases. Hydromea is working to increase that envelop to a depth of at least 328 feet, but notes the ROV’s initial design for enclosed space deployment like inspecting ship ballast tanks mitigates effects of range limitations.

Other missions envisaged for the unit are inspections of closed waterways, hydropower dams, and other infrastructure where replacing human checks could produce savings in costs and time, while reducing safety risks.