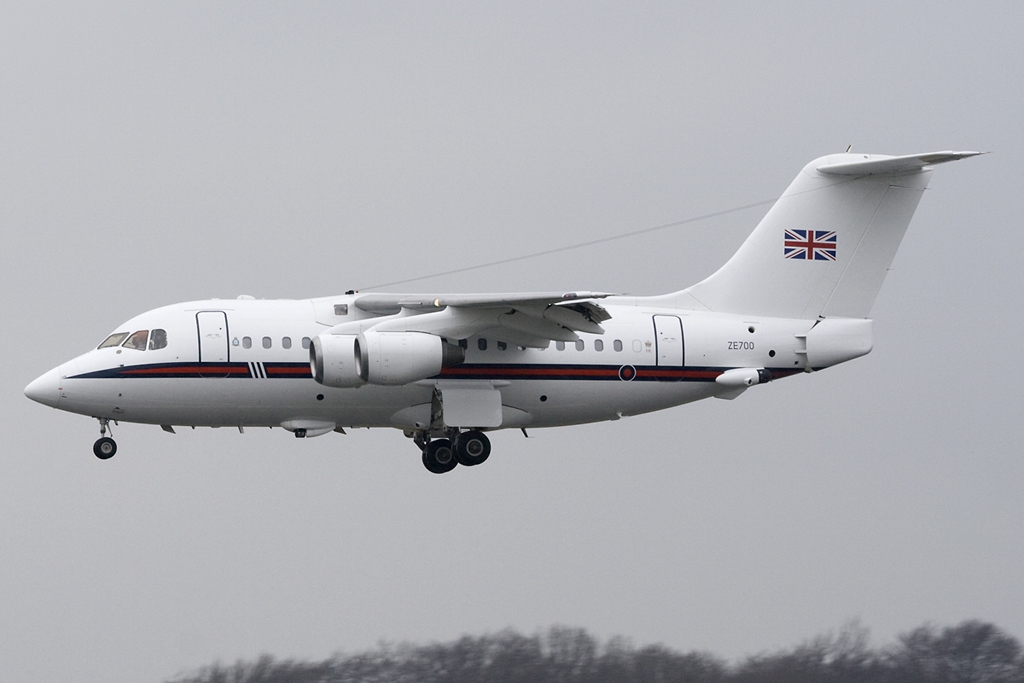 A British jet carrying a UK delegation returning from Brussels had what pilots described as an “extremely close” call with a craft they believe was a drone, according to an official report on the incident.

The UK Airprox Board, which investigates near misses between airborne craft, said the Royal Air Force jet came within 100 feet of colliding with the object pilots described as a three-foot-wide drone. The plane was flying at 175 mph north of London at the time, reportedly carrying a team of officials headed by a top civil servant, Sir Tim Barrow. The BAE-146 jet is routinely used by government officials and royal family members, and its dangerous encounter with a suspected drone sent a frisson throughout the UK’s VIP set.

Certain questions in the matter remain hazy, however, in addition to the speculative identification of the craft as a drone.

For starters, the second craft was spotted at an altitude of 4,000 feet, which is about 10 times above the legal limit for drone flights in the UK. It’s difficult to imagine what a presumed private craft would be doing up that high.

Meantime, the pilots said they’d faced at least a “medium risk” of a crash in passing the drone, which “appeared to be within 50 to 100ft above (their) altitude and passed just to the starboard side of the aircraft.” The Airprox Board classified the incident as Category C, or no collision risk.

The incident took place on March 26, as UK officials shuttled back and forth to Brussels for talks with European Union leaders about the UK’s anti-COVID-19 vaccine rollout. Barrow had led those negotiations, which were initiated after the EU said it would block doses of the Oxford/AstraZeneca vaccine it had ordered from being exported to the UK.

Air safety experts have voiced increasing concerns about the risks of collisions with planes and drones amid the spreading use of private and enterprise unmanned aerial vehicles ­– particularly in the heavier traffic of urban areas.