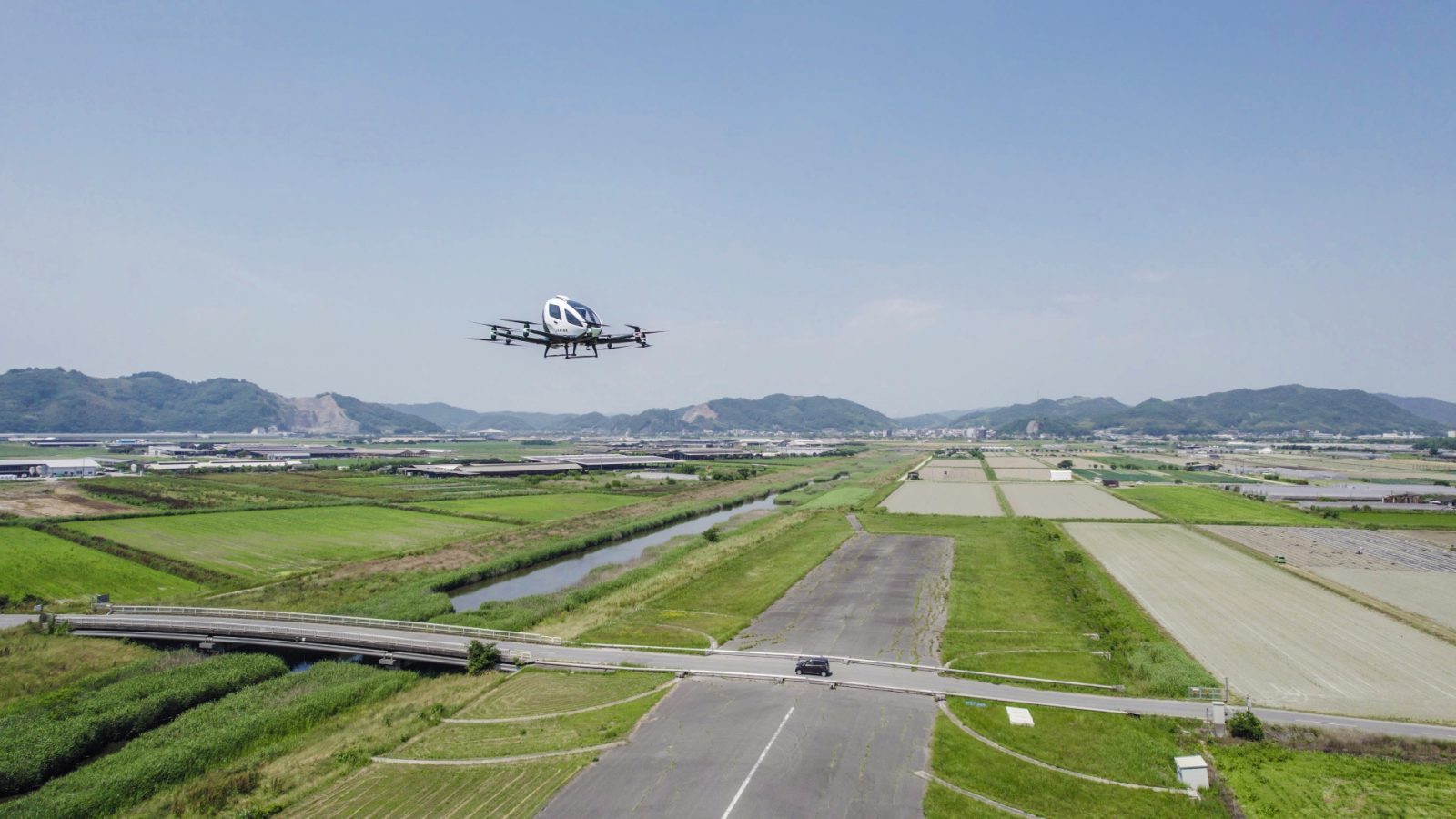 EHang 216 AAV during its successful test flight in Japan
0

Chinese autonomous aerial vehicle (AAV) company EHang says it has completed its first pilotless trial flight in Japan, where it hopes to begin passenger service by 2023.

EHang completed the test run of its flagship AAV EHang 216 in the presence of Japanese government authorities. EHang had received its official permit to run outdoor, open airspace trial flights of the passenger-grade craft from Japan’s Ministry of Land, Infrastructure, Transport and Tourism of Japan (MLIT) shortly before the demo. That pair of developments gives the company a prime position within Japan’s considerable push to make sustainable, safe AAVs a big part of the country’s transport future.

The flight was carried out during the “Leading the Revolution of Urban Air Mobility” event on an air force base in southeast Honshu. It brought together private companies and members of Japan’s political class – all of whom are deeply involved in the effort to launch commercial drone-based transport and delivery services in the country by 2023.

The Japanese government has taken a number of recent steps to ratchet up the development of urban air mobility (UAM).

Just last week, the Ministry of Land, Infrastructure, Transport and Tourism (MLIT) created an entirely new administration tasked with overseeing UAM preparations. That Next Generation Aviation Mobility Planning Office is assigned with conceiving and applying regulatory and safety measures to govern AAM operation. A number of cities and prefectures have also struck partnerships to build infrastructure for drone passenger and delivery service.

At present, many companies around the world have launched such flying car projects, and are conducting research and development and demonstration projects. As the government, we will actively improve aviation regulations while supporting private enterprises in a timely and appropriate manner.

The successful test flight by EHang in the wake of it securing its Japanese permit may help the company tamp down doubts about its viability. EHang share prices have taken a serious beating in recent months as stock market short sellers circulate rumors the company’s business and accounts are less rosy than purported. Undaunted by those, the Japanese government made it clear in participating in the test flight process that it still considers EHang an important partner in Japan’s AAV future.