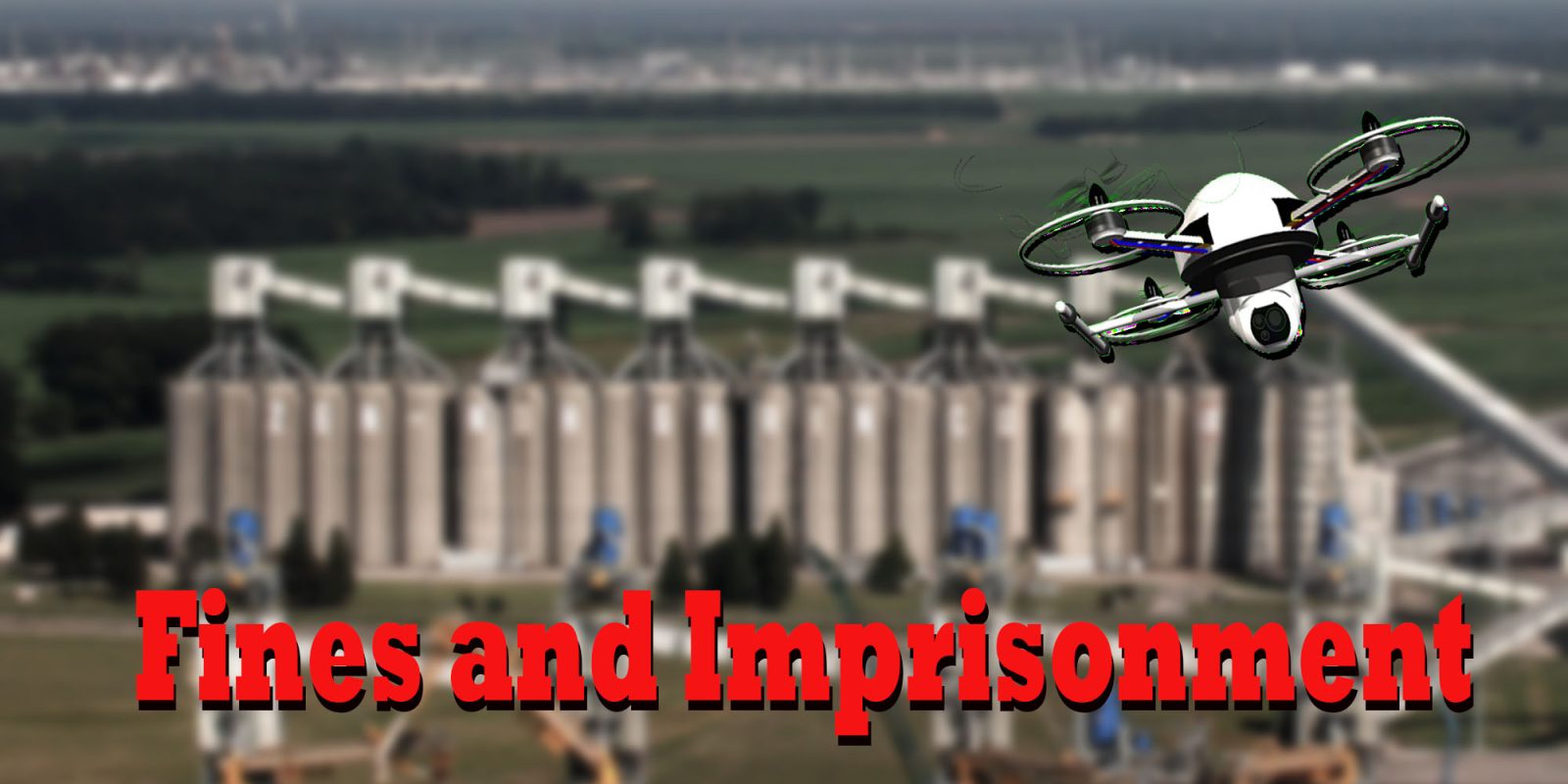 Flying a drone over a grain elevator may not sound like much of a crime, but that’s not the way they see things in Louisiana. The governor of the Bayou State is about to sign a bill to increase penalties for flying drones over critical infrastructure – including those pesky grain elevator flyovers.

The bill will double the maximum fine for flying over petrochemical facilities, pipelines, and grain elevators to $4,000 for a second offense. The possible prison sentence will increase from one year to two years. The bill passed unanimously in the state house and senate, and now just needs the governor’s signature.

Apparently, back in 2017, drones flew over Dow Chemical and Occidental Chemical in St. Charles Parish and it set off alarm bells. According to Lieutenant Detective Jeff Hirsch, the Sheriff’s Office then researched drone detection equipment, and the hunt for rogue fliers began.

A bill to increase penalties for flying drones

Since then, the Sheriff’s Office detected 58,000 drones and spoke with 32 drone pilots to inform them where they can and can’t fly, reports the Lousiana Illuminator.

“Everybody is surprised when we knock on their door, because they don’t think they can be found,” Hirsch told a House Administration of Criminal Justice Committee meeting last month.

Many of the drone operators identified by officers are kids. “To date, we’ve only had one second offense, and the father sold the son’s drone,” says Hirsch.

Many American cities ban drone flyovers for safety reasons, and it’s just common sense to stay out of the way of passenger aircraft. But grain elevators?

On a related note, the National Nuclear Security Administration (NNSA) just deployed its first system to detect drones at the Y-12 Complex in Oak Ridge, Tennessee. The facility stores uranium and assembles and disassembles nuclear weapons. It’s not surprising drones are prohibited from the complex’s airspace.

In a press release, Teresa Robbins of the NNSA Production Office says the new system will mitigate the threat posed by potential drone incursions.

The National Nuclear Security Administration Production Office is announcing this deployment and the airspace restriction to the public to minimize the threat of unauthorized UAS flights over Y-12. This will enhance our ability to effectively protect this vital national security facility.

It’s unclear exactly what that system consists of, but it’s described as able to “detect, identify, and track potentially malicious drone threats.”

So, just to be clear: Avoid nuclear facilities and grain elevators when flying around the US.