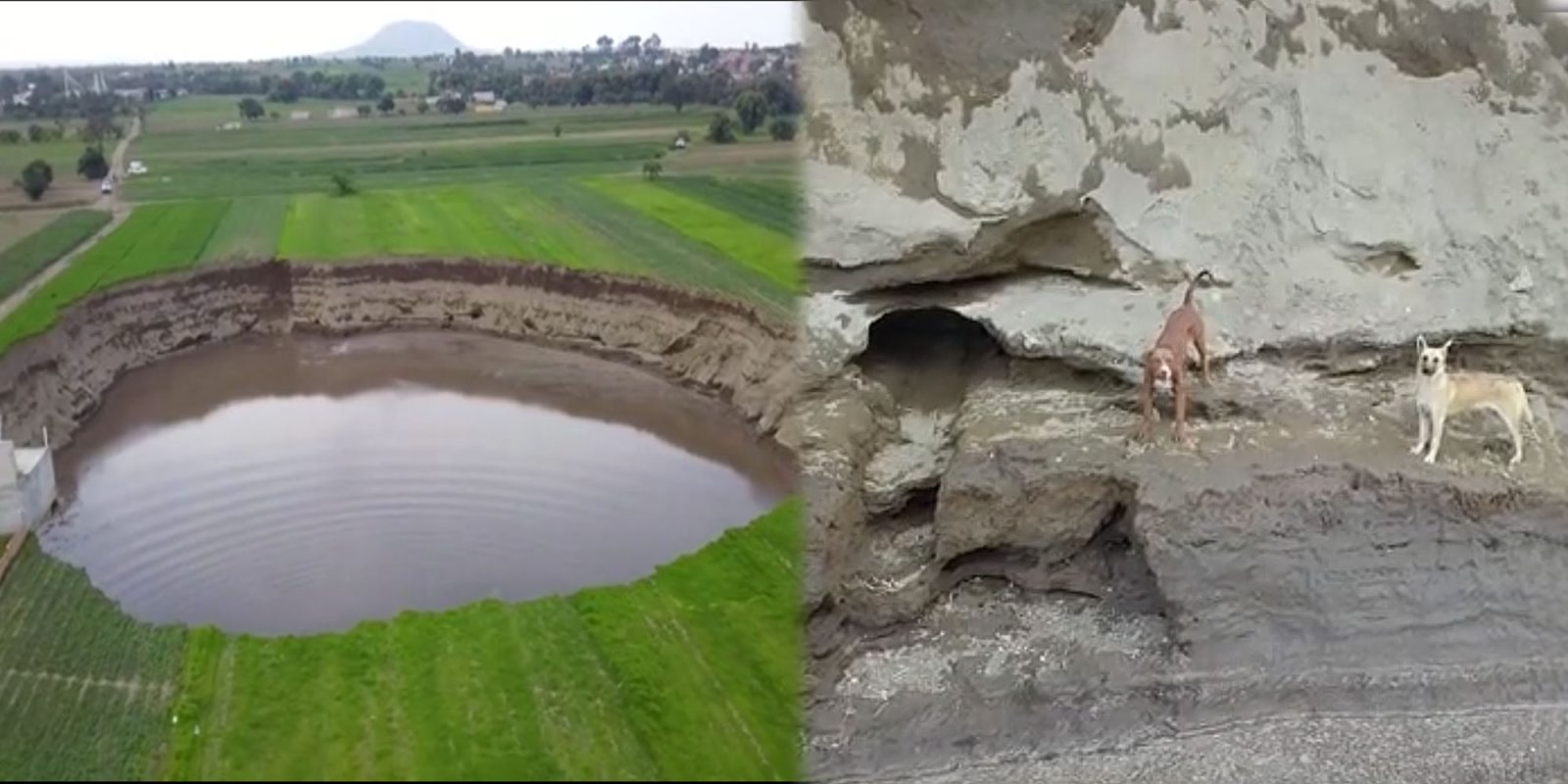 Firefighters rescued two dogs from the enormous sinkhole in Puebla, Mexico. Drones show the animals trapped on a ledge inside the monstrous crater.

Animal lovers made emotional pleas to save Spike and Spay after the two somehow fell into the pit and spent more than three days on a rim inside the 400-foot sinkhole. Rescue workers were unable to reach the dogs since the hole keeps growing and the soil around it is unstable.

Nevertheless, a firefighter did make the dangerous rescue by using a ladder to climb into the hole. He caged the dogs, then colleagues hoisted them up with a rope and a pulley system. The dogs were playing in the farmyard around the crater when they fell in. The government bans drones from flying over the pit, perhaps as a cautionary measure to keep people from the dog’s fate. But a drone did capture the stranded animals. You can see they don’t look too pleased at the 1:08 mark.

The pit is believed to be as deep as 150 feet at its lowest point. Mexican soldiers are stationed outside the sinkhole to keep people away, including the owners of a home that’s about to disappear into the muck.

“It hurts, because this is all that we have,” says Magdalena Xalamigua Xopillacle. “At times we feel sick from so much sadness.”

Drones show the animals trapped on a ledge

The dogs however seem in good shape and in the care of veterinarians. In a statement, the government said: “We reiterate our commitment to animal welfare by safeguarding human lives.”

Local authorities are investigating why the sinkhole formed in the first place. Mexico’s national civil defense office suspects it’s the result of an underground river. But some locals suspect the sinkhole is linked to a nearby water-bottling plant. Puebla Governor Miguel Barbosa says that if that’s the case, there will be consequences.

Citing a risk of further fractures, the government warns people to stay away.

“This is not a tourist attraction or a place to visit with your family.”