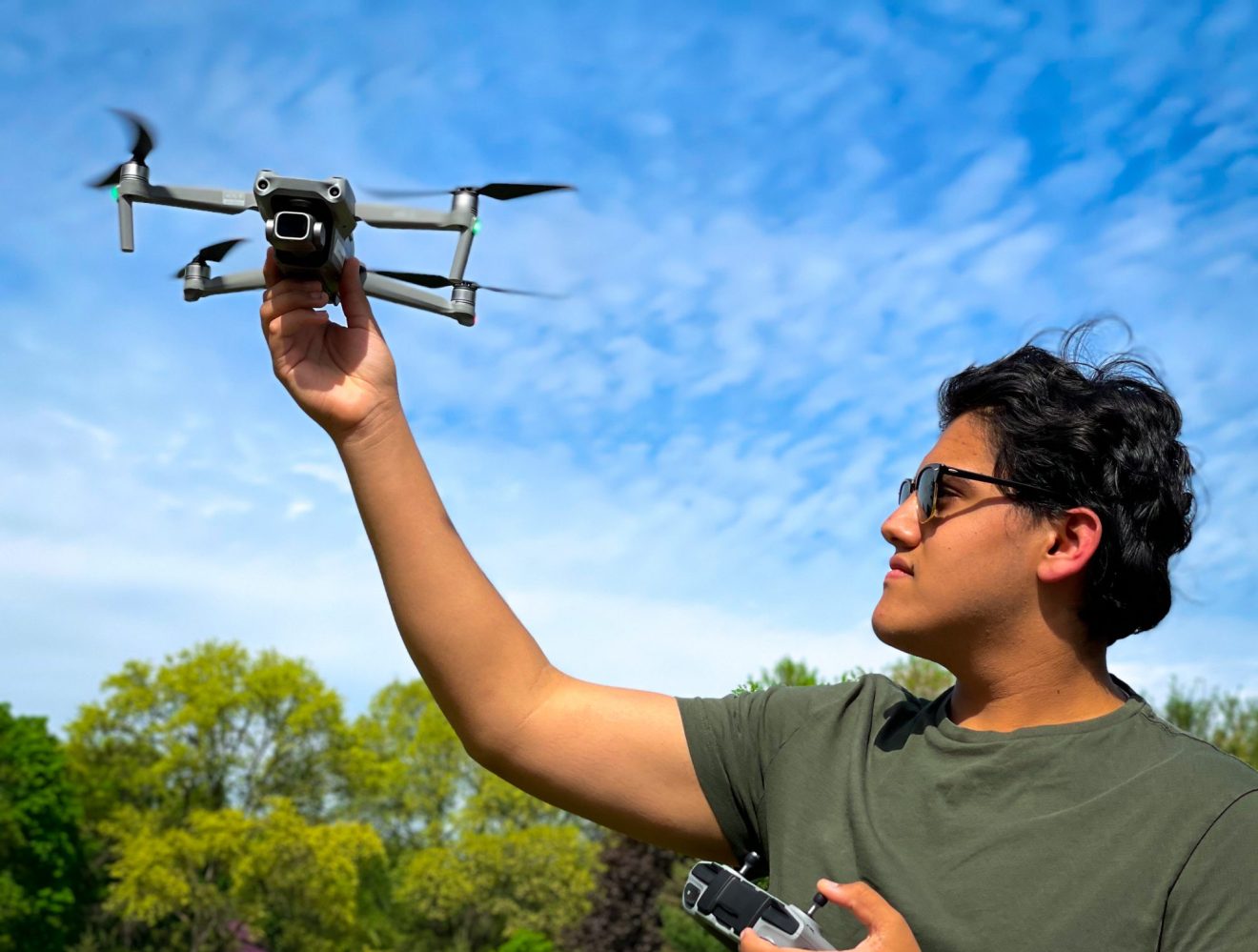 Pramath Pathak may have taken only 16 trips around the sun, but his love for aviation has already made him Canada’s youngest drone pilot with an RPAS Advanced Operations certificate.

The Toronto-based high school student has been flying toy helicopters since he was a kid. He got them as gifts on birthdays and Christmas, and fell in love. By the time Pramath turned 11, he knew he needed to level up. So, he started experimenting with a Parrot drone. Soon, a DJI Phantom 3 joined the cache. And as soon as he got his Advanced Operations certification, Pramath upgraded to an Air 2S.

When asked about his favorite drone accessories, and Pramath says:

Honestly, my favorite accessories are extra batteries. With my Phantom 3 Advanced, I only got one battery because it was really expensive. But with the Air 2S, I have three batteries, and now I can fly for so much longer!

His most cherished feature on the drone, meanwhile, is the 1-inch CMOS sensor camera that shoots in 5.4K. Pramath tells DroneDJ:

On my Phantom 3, it was not the best camera, not even 4K. And a really small sensor, so it did not perform too well. Even though I believe it’s not about the gear but what you can do with it, I love how brilliant the camera on the Air 2S is. Other than that, its small form factor also helps. It is so easy to take anywhere and everywhere.

Pramath likes to frequent downtown Toronto to capture stunning long-exposure shots like this one:

And he has some advice for those who fly in really cold winters, and some tips in general for budding pilots:

Just make sure to keep your batteries warm. And as soon as you take off, let the drone hover for a bit to get warm. Also, try long exposures. You’d be surprised how stable some drones really are. So, put an ND filter on, and set the exposure for as long as you can; it looks pretty good. Even when you don’t think you have anything cool to fly for, just fly. Some of my best shots came from flights where I had zero expectations.

The tractor shot below is a classic example of one such flight. While Pramath was not expecting to get anything good from that day of flying, the picture below has quickly become one of his favorites!

So, does Pramath foresee a career in the drone industry? The answer is yes:

Now that I have my Advanced Operations certification, I look forward to doing commercial work. Though I love photography, I have to admit that some industrial drones have capabilities that are out of this world cool, and I’d love to be a part of that ecosystem. Eventually, I have my eyes set on an aerospace degree, followed by a commercial pilot license.

To young students who want to explore the world of flying, Pramath recommends a DJI Mini 2. Since it’s a sub-250g drone, hobbyists can fly it easily without getting certified, and still get great footage.

Also see: How teachers are using drones to make math fun for kids