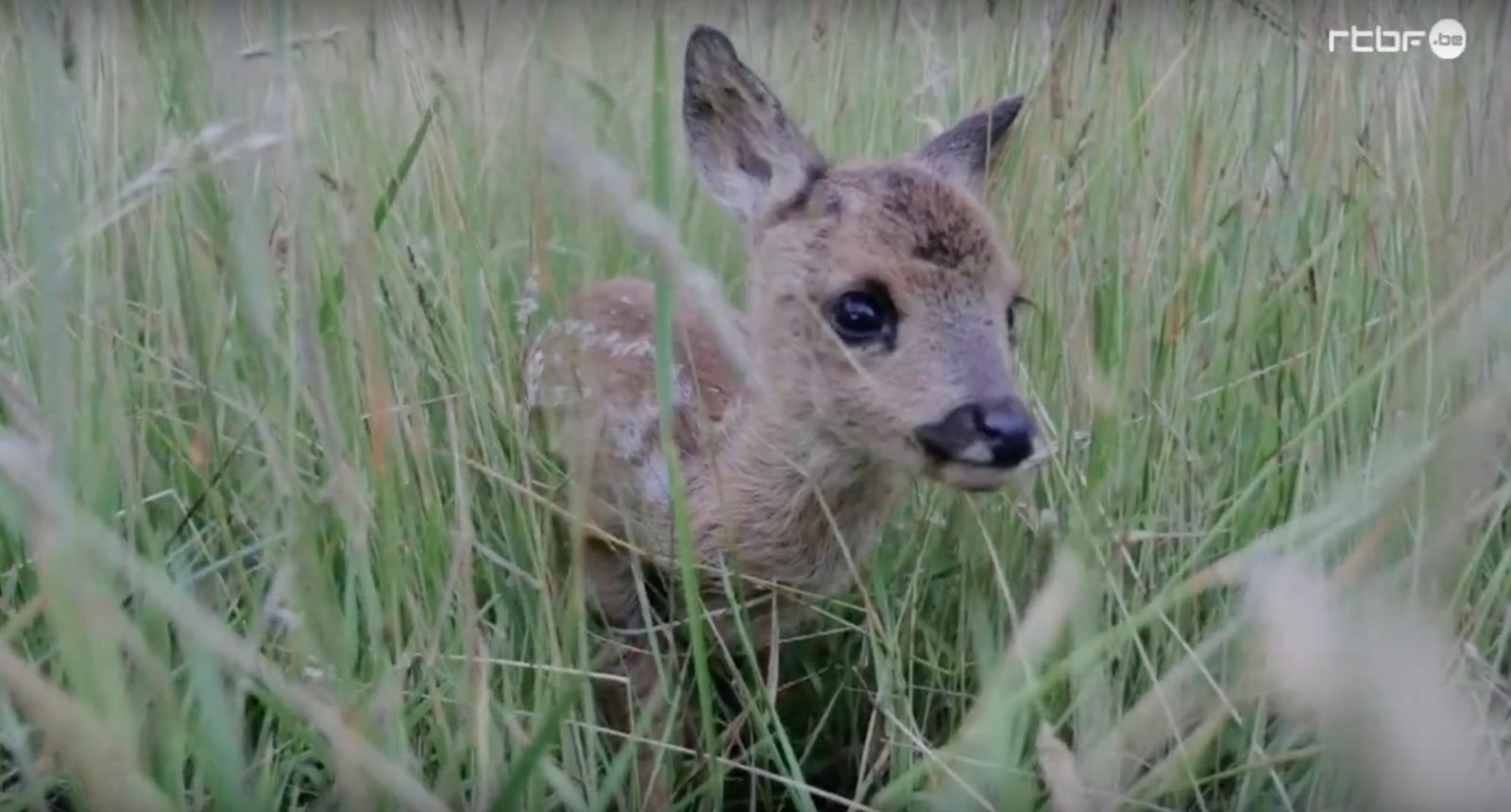 Everyone loves animals – especially the younger critters. But a Belgian nonprofit association may be taking the term “drones for good” to a new level by flying missions to prevent deer fawns from being hacked into bits.

“Sauvons Bambi” (Let’s Save Bambi) organizes drone flights over fields set to be combed by agricultural vehicles cutting hay or otherwise clearing areas. The objective is simple: spot signs of fawns hiding deep in the grass while their doe-mothers are off doing their maternal chores, and remove them before the combine harvesters level the zone with blades awhirl.

They assemble like-minded volunteers to fly missions over fields before farmers go into action – usually loaning out the drones for the task. Missions are flown in the early morning hours, just after dawn, giving the heat sensors on their drones a better chance of detecting fawn, infant hare, rabbits, or other creatures hunkered down in harm’s way. Once their presence is established, animals that don’t take flight on their own – hiding fawn, for example, often remain stock still even face-to-face with a human – are removed by rescuers careful not to leave their scent on the creatures. They are then kept in a safe, neighboring area until parents come looking for them.

Belgium’s “Sauvons Bambi” was created by professional event organizer Cédric Petit – who like many independent workers around the world saw his activity wither with COVID-19’s arrival. Rather than do nothing, Petit put his lifelong love for animals to practical use and started the preventive flights.

Droning for (animal) good across Europe

He struggled initially, finding the $5,000-$7,000 prices for thermal drones out of his range, and few potential supporters interested. Over time, however, local subsidies were offered. Once word of his activity got around, Petit happily found himself with no shortage of farmers asking his help to spare them the guilt of massacring young animals they cannot see in the deep grass until it’s too late.

The group’s website says it has saved 108 fawns since May 7 alone, but Petit admits he’d need more than his handful of pilots (and bigger subsidies) to generate the kinds of results his peers elsewhere in Europe produce.

In Germany, he notes, over 6,000 fawns are saved from agricultural equipment each year, though a further 90,000 to 100,000 fawns and their parents don’t make it out of those encounters alive. In one Swiss canton, he adds, 15 drones flying missions rescued 235 fawns.

Those tallies of creatures spared may sound like a drop in the hat compared to those that parish. But as Petit notes, even one critter saved by drones from sudden, horrible death is 100% more than would have survived before they began their flights.

Besides, just think of what a different world it would be if the “real” Bambi hadn’t escaped danger and fulfilled his destiny.