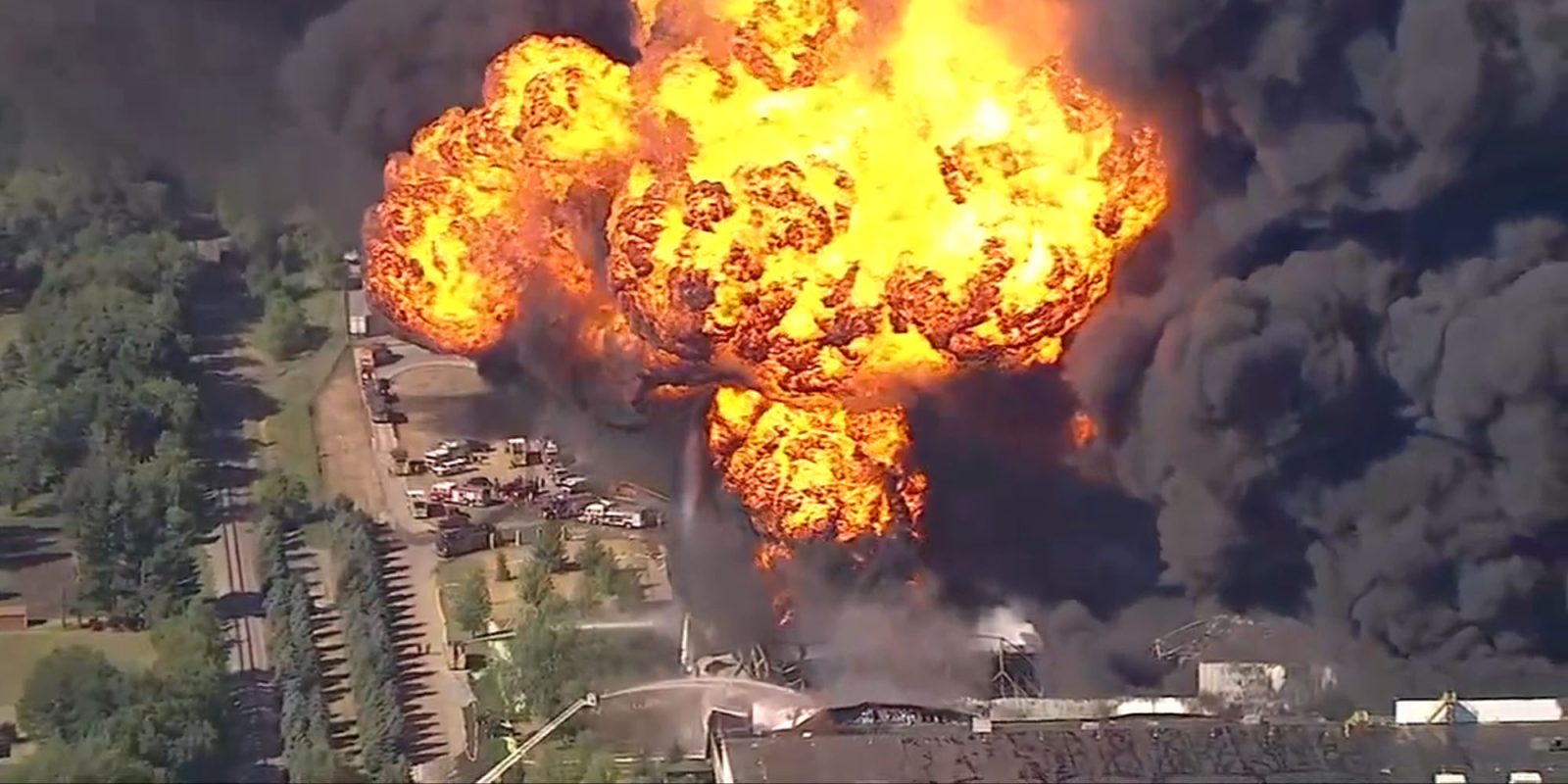 Drones might be the very best way to film a potential environmental catastrophe. And people who own them in Rockton, Illinois, sure put them to use this week. There are plenty of dramatic drone views of the Chemtool factory fire.

Anyone living or working within a one-mile radius of the fire has been told to clear out. And if they’re within three miles, they should wear masks and keep their doors and windows shut. The Chemtool plant used to make grease and lubricants before it went up in flames Monday. Firefighters believe it could burn for days to come.

We’ve seen how drones can help firefighters better understand and combat blazes. But Rockton fire chief Kirk Wilson says in this case crews must let the fire burn itself out, rather than pour more water on it. It’s because there’s no way to know what might run off from the plant and into the nearby Rock River.

“That’s the best thing that we can do right now,” Wilson told CBS Chicago. “The main thing is that we don’t want an environmental nightmare to occur, and the reason that we would cause that is by the use of water streams. So we stopped water operations at this point.”

“Please do not pick up waste that falls from the sky and is related to the fire,” urges Dr. Sandra Martell, the public health administrator for Winnebago County. “We do not know what that waste contains. Keep it separate from your household waste — so that we know how to properly dispose of it. It’s very important. We are reliant on our groundwater in this community and keeping that safe is of utmost importance to us.”

Still no word on what may have caused the fire.