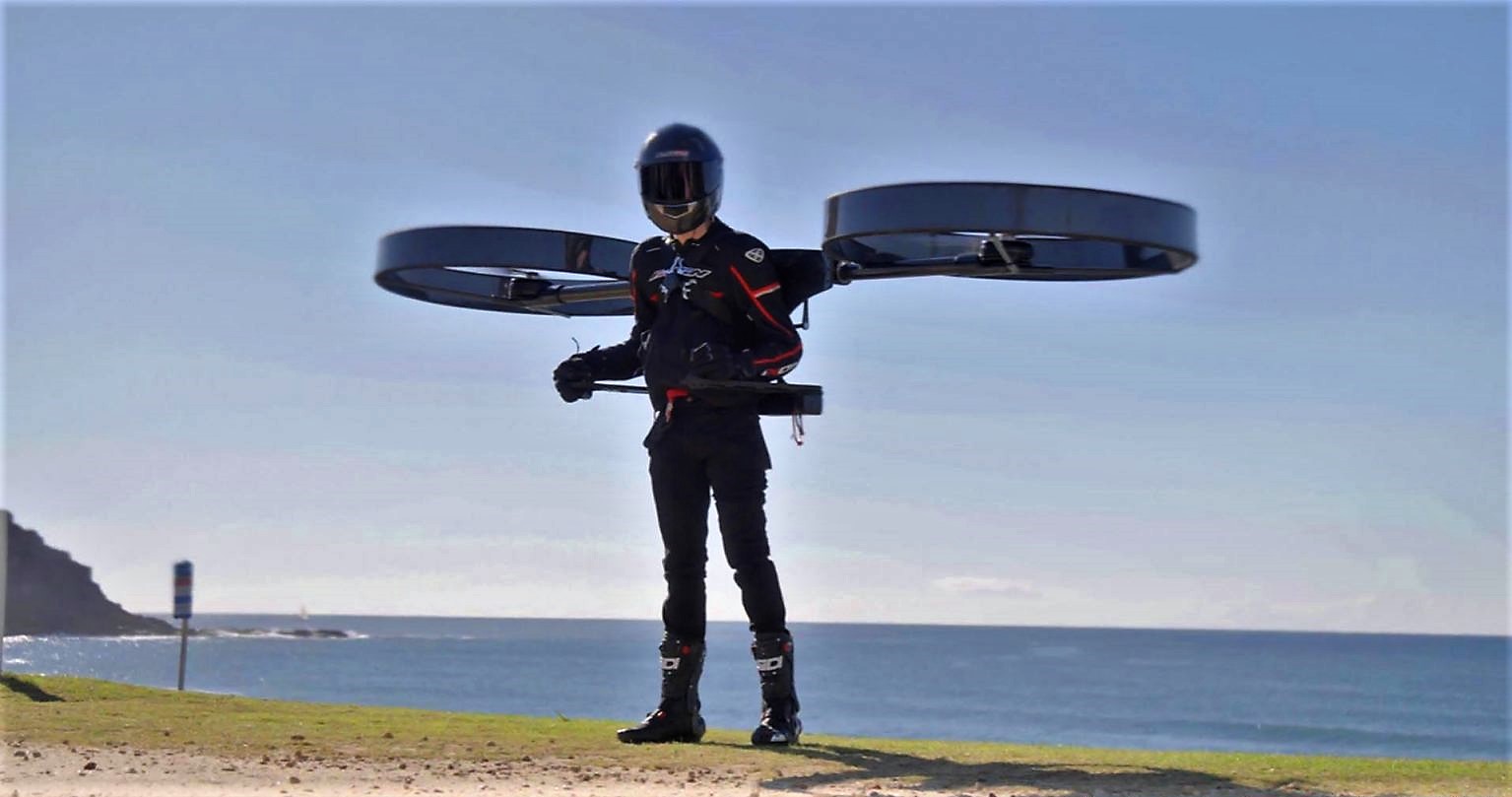 Personal flight is a fascinating concept. It has dominated comic books and pop culture for decades. And to replicate that flying feeling, people across the world have resorted to everything from skydiving and paragliding to, more recently, wingsuiting. Now, the spotlight is on jetpacks and manned drones, like CopterPack.

A new video released this month shows an unnamed pilot don what seems to be a blend of an all-electric jetpack and a multirotor drone. The system is called CopterPack, created by an Australian company of the same name.

The pilot effortlessly takes off from his standing position on the ground, like any typical vertical take-off and landing (VTOL) drone would. This is when you realize that the system may look bulky, but it is actually a pretty lightweight airframe. The company says it is constructed from a “carbon fiber honeycomb.”

Further, in the next 40 seconds or so, it becomes evident that CopterPack is quite stable and easily controllable. You see the pilot hovering, zig-zagging, and gliding above pristine beach waters, presumably in Australia, and at a scary-enough height.

Then, once he’s done showing off what CopterPack can do, the pilot lands just as smoothly as he took off.

Now, there is precious little information available about CopterPack’s tech stack, battery life, or lift capacity. We don’t even know what safety mechanisms have been put into place to avoid freak accidents when there are two giant rotors spinning at extremely high speeds just inches away from the pilot’s body.

All that the company mentions on its website, in addition to the details of the airframe material, is that the electric backpack helicopter uses a “self-leveling autopilot” feature.

What we can understand from the video is that the pilot is rotating back and forth on a central axle to change his direction in the sky. When one rotor is adjusted to spin faster than the other, a turning motion is induced and the pilot can adjust his flight path. But apart from that, there’s not much that we know.

As we find out more details, we will share them with you.

Must see: In a world-first, two guys compete in flying racing cars