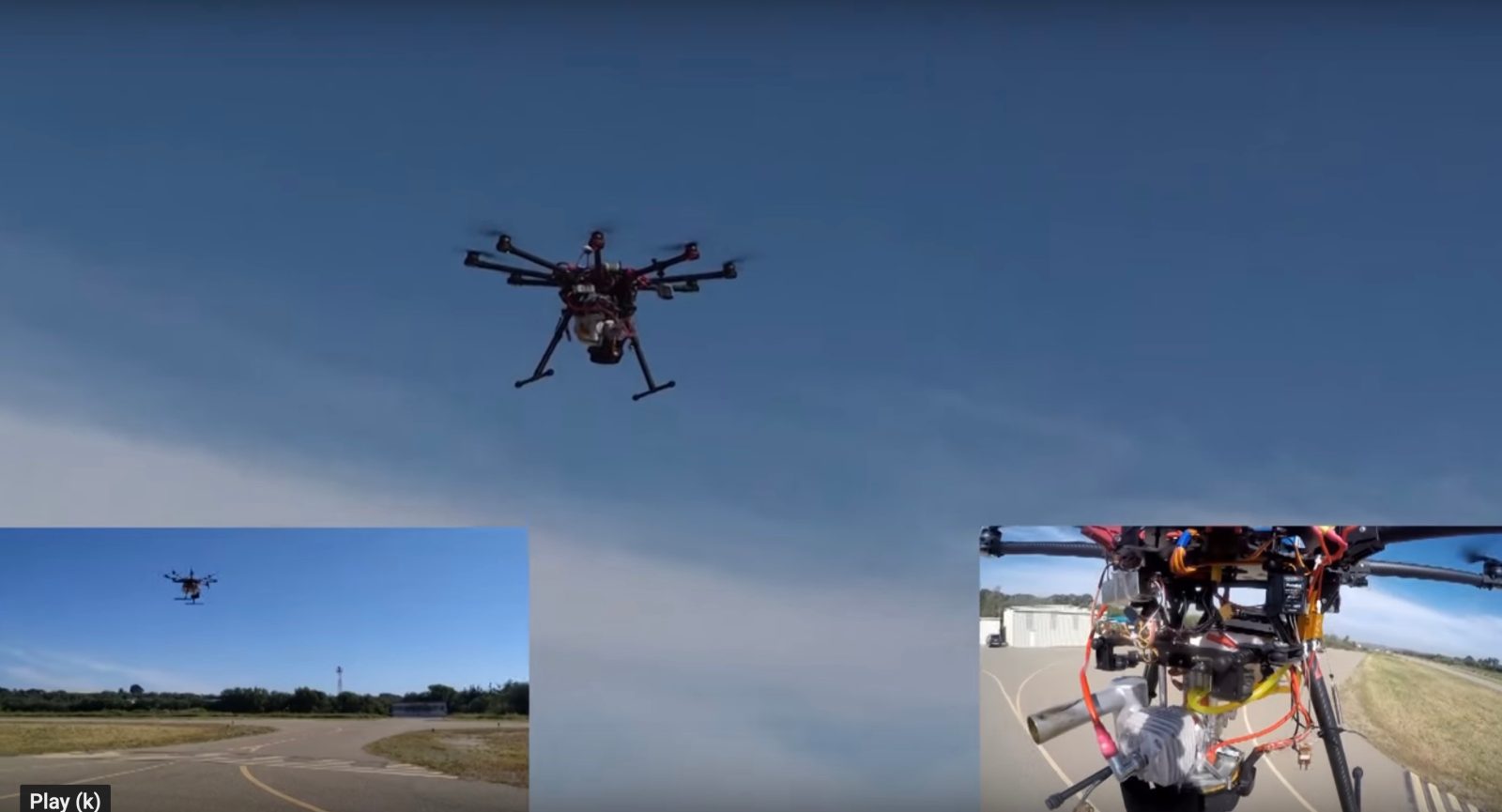 LaunchPoint EPS corporate literature calls its generators ideal for “applications ranging from global security to inspection and mapping to cargo delivery.” It says they provide extended flight time of up to two hours, and allow heavier payload capacities than normal batteries.

The firm notes its products feature a battery management system, and in-flight self-charging capacities by generators that shift between liquid fuel and electricity power in function of motor demands. They also boast backup energy supplies that ensure completion of missions in case UAVs run out of fuel or exhaust battery reserves.

LaunchPoint EPS believes the hybrid approach will provide a perfect step-up solution between current battery technologies and the greatly enhanced electrical sources that future UAV will require. In the meantime, it adds, its generators will permit extended testing and use of longer, farther ranging beyond visual line of site flights. It also sees them playing a critical role in the development of urban advanced mobility craft and services like air taxis and larger UAV cargo deliveries.

The company – which was spun off in mid-2020 as a solo unit, and has doubled its workforce since – says prototypes of its hybrid generators are already being shipped to enterprise and military clients.