Drone timelapse of sheep being herded in Israel is oddly captivating 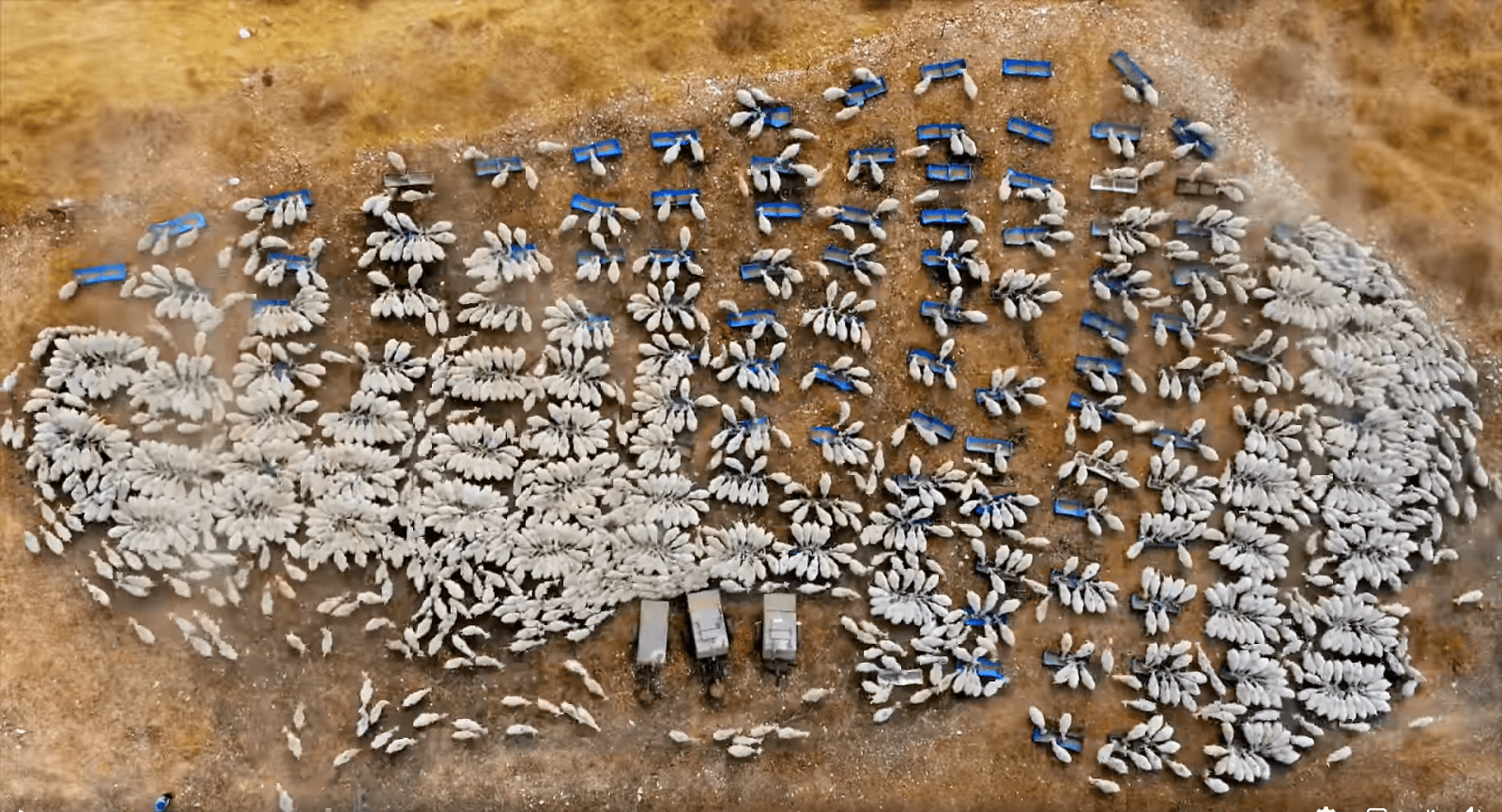 Israel-based drone photographer Lior Patel has spent the last seven months following “sheep flow” – hundreds of sheep being herded across grasslands and roadways as fluidly as water. And he has documented the best footage in a fascinating aerial timelapse that has got the internet hooked.

While the drone timelapse is quickly going viral, the video has left the internet divided. For many, the aerial view of the woollies being rounded up is fascinating and relaxing, even zen-like.

But others say they are reminded of maggots with a hive mind as they watch the animals race across the agricultural landscapes and narrow country roads.

You can decide which group you belong to once you see the video. But the organized randomness of the flock will leave you captivated nonetheless.

Related: Jeremy Clarkson successfully herds sheep with a drone, until he doesn’t

It is especially interesting to see the sheep approach a gate in a dense, slow-moving cluster, and speed up and spread out as they pass through.

To ensure that the focus remains on the sheep’s natural movements, Patel captured short, four- to seven-minute-long videos with his Mavic 2 Pro drone keeping the camera fixed at one position. He says:

For the past seven months, I have been following a large herd of sheep, from winter pasture to the movement and arrival at the summer pasture. The size of the herd ranges from 1,000-1,700 sheep. The Shepherd dogs are an experience in themselves and everything is directed by Mustafa [shepherd] and his family who welcomed me at every visit with open arms.

The end result is this beautiful video:

In an interview with Colossal magazine, Patel tells that every year, this flock migrates up to seven kilometers from the Peace Valley region of Yokneam, Israel, to the outskirts of Ramot Menashe. When quizzed about his process, he says:

The first challenge is to understand the elasticity of the herd during the movement, its dispersal during grazing, and how it converges into one tight pack towards exit/return from pasture and crossing roads and paths.