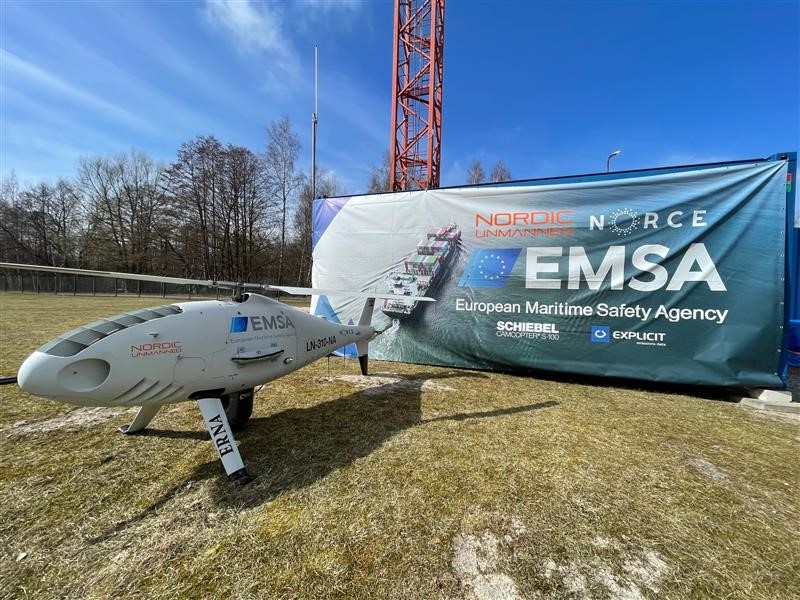 Since the start of 2020, large ships around the world have had to comply with lower maximum carbon and nitrogen emission levels permitted by international authorities. So what does that have to do with drones? Because they’re catching violating vessels out as they chug dirtily around Europe’s waters.

Lithuanian drone services provider Nordic Unmanned has been using its sensor-loaded uncrewed aerial vehicles (UAV) to monitor maritime traffic in European waters, and in its home base the Baltic Sea in particular. Flying at the behest of the European Maritime Safety Agency (EMSA) since March, Nordic Unmanned’s remotely piloted aircraft systems (RPAS) sniff out emissions of passing ships and analyze content for compliance. Those running afoul of the International Maritime Organization’s lowered IMO 2020 limits for sulfur and nitrogen are reported to next ports of call for follow-up inspections.

According to Nordic Unmanned, its gas sensors have identified 10 cases of non-compliant vessels over the past three months,. One violator was fined €10,000 for sulfur pollution – the first known sanction arising from a drone alert. Score one for Mother Nature with a drone smackdown from the skies.

The company’s RPAS qualitative emissions policing have also allowed for a significant increase in the number of ships monitored. By way of example, Nordic Unmanned CEO Knut Roar Wiig says only about 25% of ships entering Lithuanian waters were checked for compliancy under the previous inspection system. Since his drones began sniffing smokestacks from above, between 70% to 80% of entering vessels are tested.

The Schiebel CAMCOPTER® S100 vertical take-off and landing drones used in the missions operate for about five hours each day. In addition to gas sensors, the craft are also fitted with cameras covering optical and infrared spectral ranges that improve emission analyses. Those readings are then communicated in real time to EMSA’s data center, where potential violators are flagged.

Though EMSA’s initial contract with Nordic Unmanned was set to run until the end of this month, the company’s findings while monitoring ships may lead to its extended participation. The number of vessels the company’s drones identified violating IMO 2020 standards during its three months on the job strongly suggests the habitual estimate that only 2-3% of ships in Europe are non-compliant rather severely underestimates what’s actually happening out at sea.