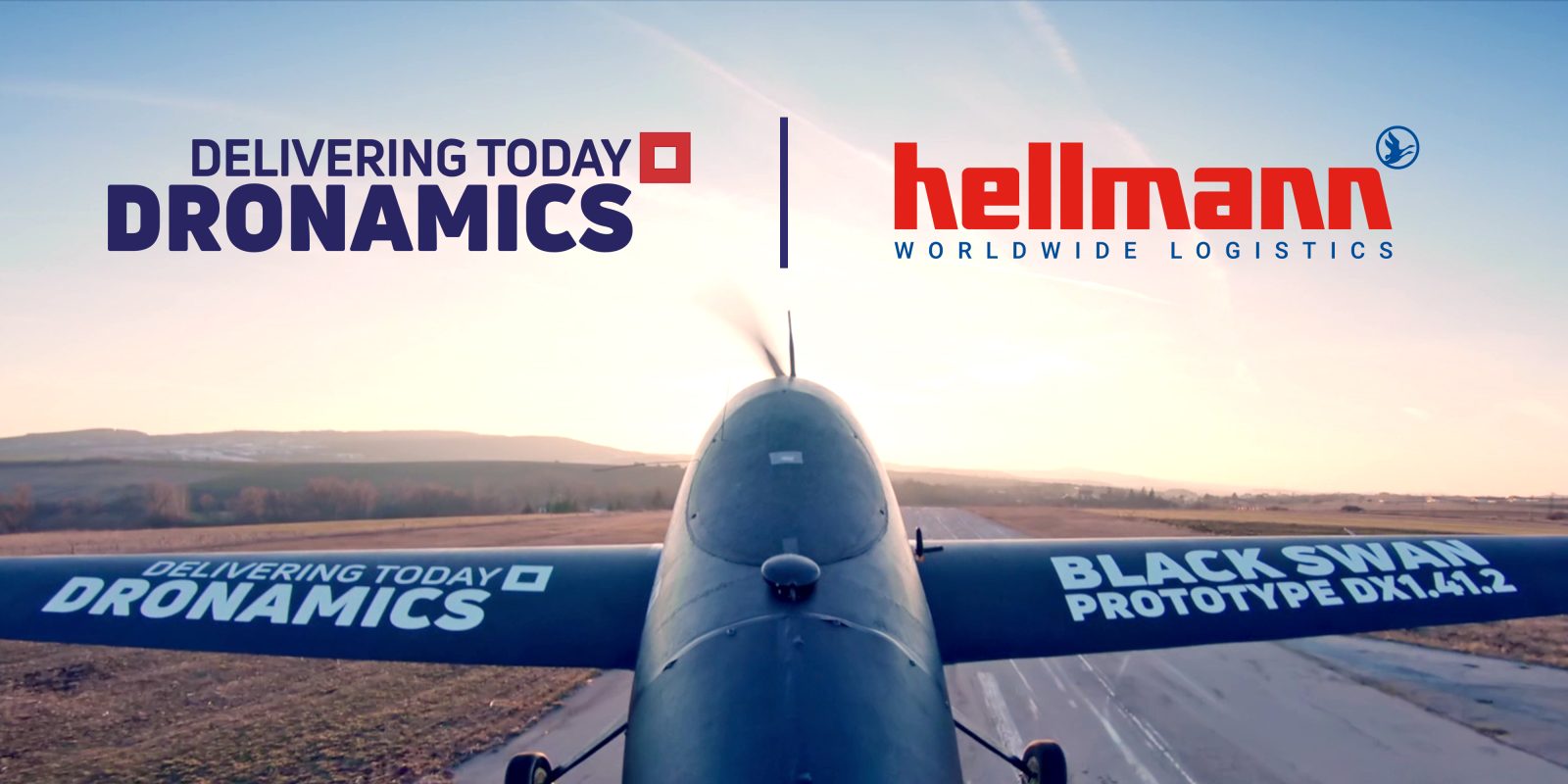 German freight forwarding heavyweight Hellmann Worldwide Logistics has announced it will start using drones for deliveries across Europe in 2022. The move is seen in large part as a workaround solution to the major and continuing disruptions in traditional supply chains created by the COVID-19 pandemic.

Drones to delivery goods from Stockholm to Seville

Hellmann says it’s teaming up with Bulgarian drone service provider Dronamics to launch middle-mile delivery of time-sensitive goods throughout the European Union (EU). Dronamics’ autonomous Black Swan craft have considerable payload and distance capacities to take on long, cross-border missions. Hellmann will rely on those to speed deliveries of vaccines, plasma, medicine, machine replacement parts, and other critically needed freight to final destinations ranging from the north of Finland to southern Portugal.

In doing so, the partners will replicate a trend witnessed across global supply chains that have been interrupted, then subsequently overwhelmed by shifting freight volumes amid recurring COVID-19 lockdowns: shifting what normally would be sea and road cargo to the skies.

“Partnering with Dronamics allows us to provide our customers with innovative and tailored solutions especially in the growing market segments of spare parts, e-commerce, and cool chain,” says Hellmann Worldwide airfreight CEO Jan Kleine-Lasthues. “Dronamics enables a same-day middle-mile drone delivery service with an unmatched range of up to 2,500 km, and an impressive cargo capacity of 350 kg. We believe this will be a game-changer in logistics.”

The project will require clearance by regulators. However, Dronamics says authorities are already sufficiently familiar with its craft that additional approval for the partnership’s purposes should not be a problem.

The plan is to fly 60 Black Swan drones between at least 39 airports in 13 EU countries already signed up to participate. That network should allow a parcel ready for shipping in central Belgium to reach Paris or Copenhagen in two hours, and destinations in northern Scandinavia or southern Iberian Peninsula in under eight.

The fixed wing craft can reach maximum speeds of 125 mph and altitudes of 22,000 feet. They require 437 yards or runway to take off and land, and are slated to be carbon-neutral by 2025, and carbon-negative by 2027. Awaiting regulators’ green light to begin operations next year, Dronamics says it is strengthening encryption tech in the craft to safeguard against hacking or GPS spoofing.