Is there a serious limitation with Amazon drone delivery? 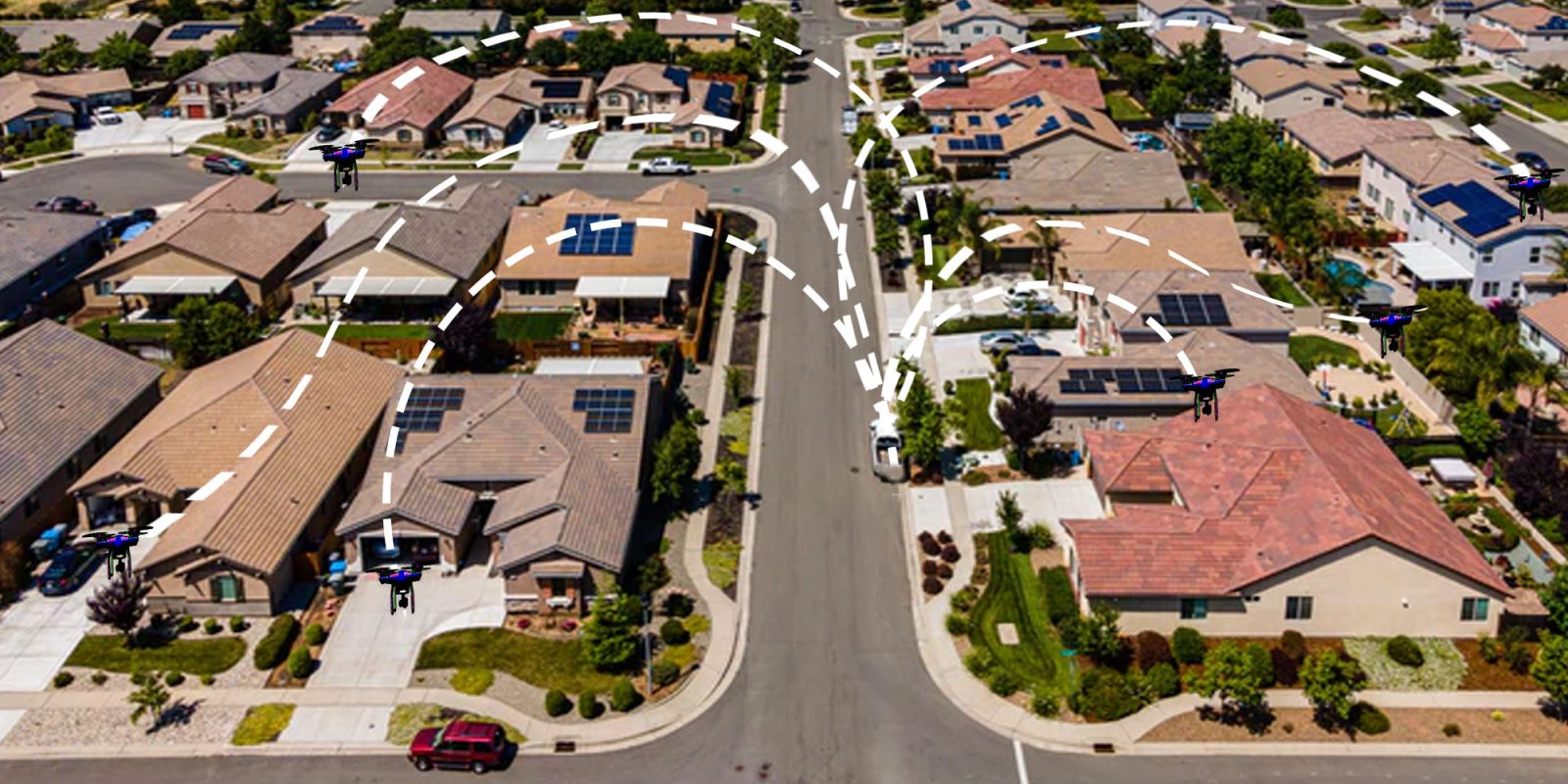 Maybe you’ve wondered where Amazon will find drones powerful enough for a return trip from the warehouse to your house. Amazon apparently shares your sense of wonder. A new patent suggests the company recognizes a serious limitation with Amazon drone delivery.

Earlier this week, we reported on signs that Amazon’s drone delivery plans are troubled. But there may be even bigger troubles presented by the laws of physics. Electric quadcopters are wonderful things, but they’re not wonderfully efficient. Amazon’s patent suggests a plan to get around this inefficiency by using drones to complete the last few steps of the journey.

In the proposed scheme, a delivery truck (presumably driverless, but who knows) arrives at a neighborhood and deploys drones to individual homes. Some of the drones have wheels, some have props. Some of the flying drones direct the wheeled drones. It’s quite a network of autonomous vehicles.

The van acting as mothership not only reduces the range requirement of the drones, but could keep the drones charged and maybe even accept returns. As well, the drones needn’t be overloaded with sensors. Route and avoidance software could run from the van.

Amazon’s patent has lots of little drawings showing how smaller vehicles might drop parcels at stoop or doorstep.

Still, Amazon files a LOT of patents (I’m partial to the airships) and there’s no guarantee this will be the ultimate delivery system. But in the future, it might be quite a show when the Amazon van pulls up.