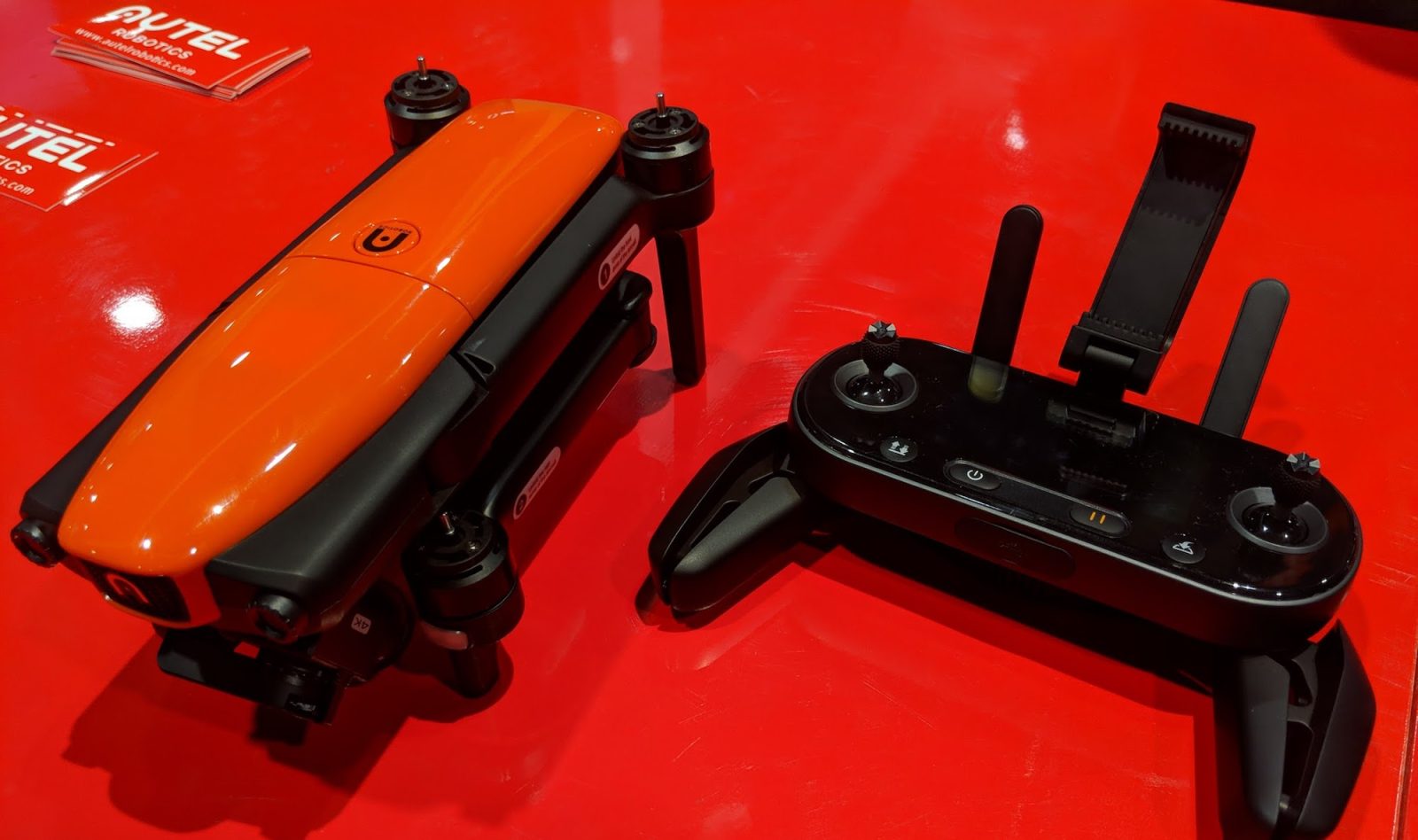 A company by the name of Autel Robotics unveiled a new drone at CES 2018, and this one looks like it’s one of the more serious new entries to come out of the Las Vegas show (no offense, HighGreat and Kudrone). After laying off its US sales and marketing staff this time last year, Autel is back at it with a new quadcopter that’s set to go on sale sometime in the next several months: the Evo.

The Evo, cheesy slogan “the evolution of flight” and all, looks like it could be a serious contender in the category of roughly $1,000 foldable drones. It’s hard not to immediately make a comparison to the Mavic, because the Evo seems to share a lot of similarities. For one, the design is made to be portable and foldable, and packs down to a size small enough to carry in just about any backpack.

The Evo will have a 4K, 60 FPS camera on a 3-axis gimbal, and it has a full 94-degree field of view. It also has an “advanced vision system,” Autel says, which includes front optical sensors, a rear infrared sensor, and the usual downward optical sensors. It also has a nifty RC with a built-in 3.3-inch OLED screen and two assignable buttons that can be fully customized to fit your flying schedule.

On the software side, it’s a lot like the Mavic, too. It has the “Autel Explorer” app, which obviously runs on both iOS and Android, and it has autonomous flight modes just like DJI’s app. The aptly-named “Orbit”, “GPS Follow”, “Dynamic Track”, “Viewpoint”, and “Waypoint mission planning”, do exactly what you would expect them to do. In terms of flight range, the drone can stay reliable up to 7KM.

The biggest problem with the Autel Evo — at least from the perspective of someone who hasn’t actually used the drone — is that it seems to not have much to differentiate it from the established competition. Hopefully when we get our hands on this drone, we’ll be able to really see what makes it unique. Autel hasn’t provided a release date or price yet, but they say it should go up for sale sometime this year.

Check out some hands-on photos of the pre-release prototype below: