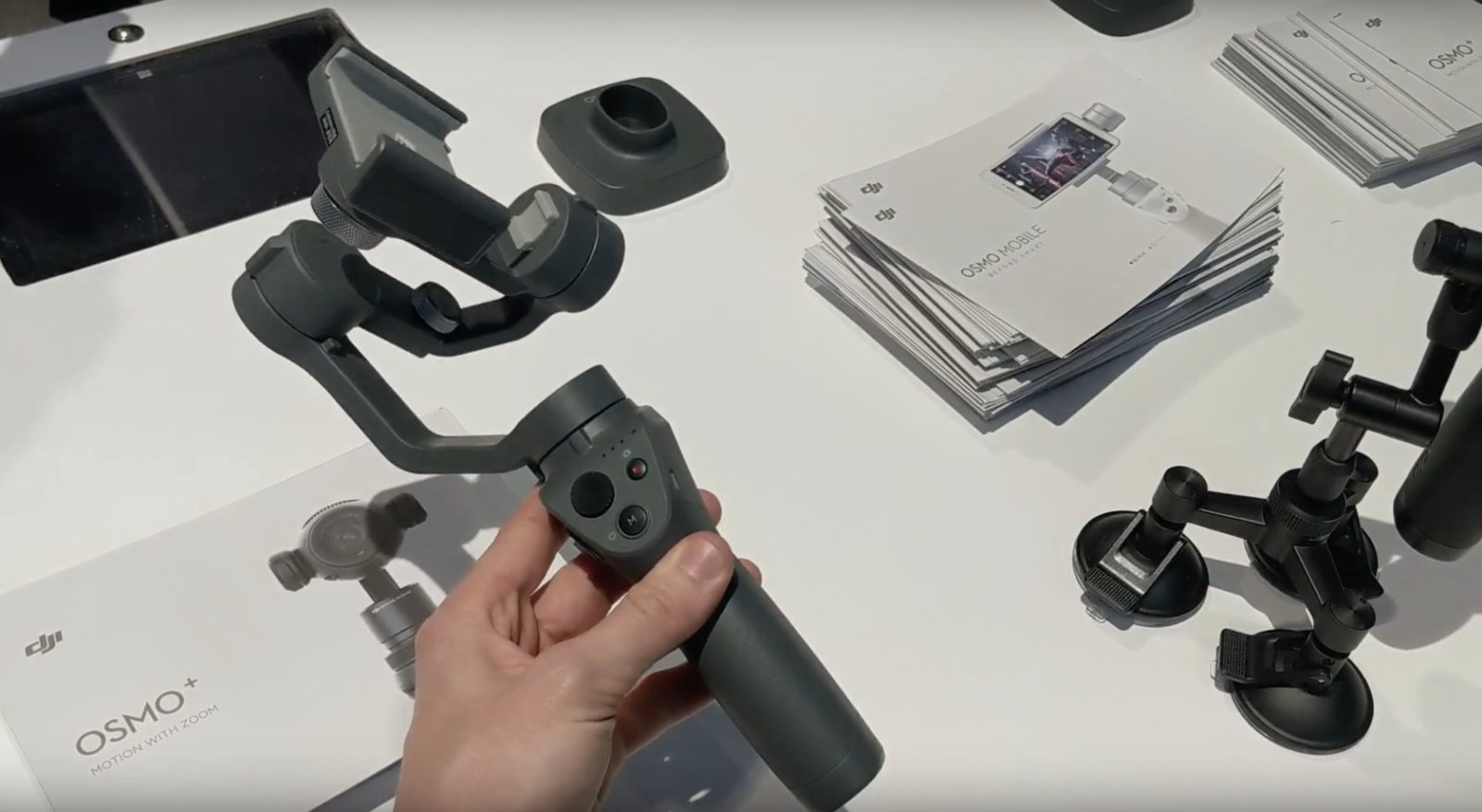 While drone-related DJI announcements are nowhere to be seen this week, the Chinese drone company did announce the 2nd generation of its OSMO Mobile gimbal. We got a chance to play with one on the show floor, and we grabbed a first look at one using a smartphone that was docked in one.

As you might expect, the DJI OSMO Mobile 2 isn’t drastically different from its predecessor. It’s still a smartphone stabilizer gimbal, which is basically a handle with some very similar gimbal tech to that which you’d find on DJI’s drones — like the Phantom 4.

It’s much improved, though. This model does away with a removable battery that only lasted around 4 or 5 hours on a charge, and replaced it with an internal 2,600 mAh one that can last more than an entire day. It charges that battery from empty to full in about 2 hours.

Other changes include its overall design, which moves the buttons around a bit to make it easier to record those important moments (notably, the trigger on the back side is completely gone). It can also dock your phone in portrait mode, and is noticeably lighter than the previous model.

Overall, I was impressed with the stabilizer — especially comparing it side-by-side with the DJI Mobile OSMO 1. You can tell that the company put a lot of effort into making it a high-quality, reliable device. For an apt comparison, I’d say it feels like the difference between a Phantom 3 and a Mavic Pro in the hardware build quality department. The matte gray just looks and feels great in the hand.

And here’s some footage of the new Yuneec HD Racer drone as seen through a Google Pixel 2 XL docked in the new DJI OSMO Mobile 2. Looks pretty smooth.

In other CES 2018 news, we got our hands on the new Removu K1, which adds a small LCD display to differentiate itself from DJI’s standard OSMO with built-in camera.