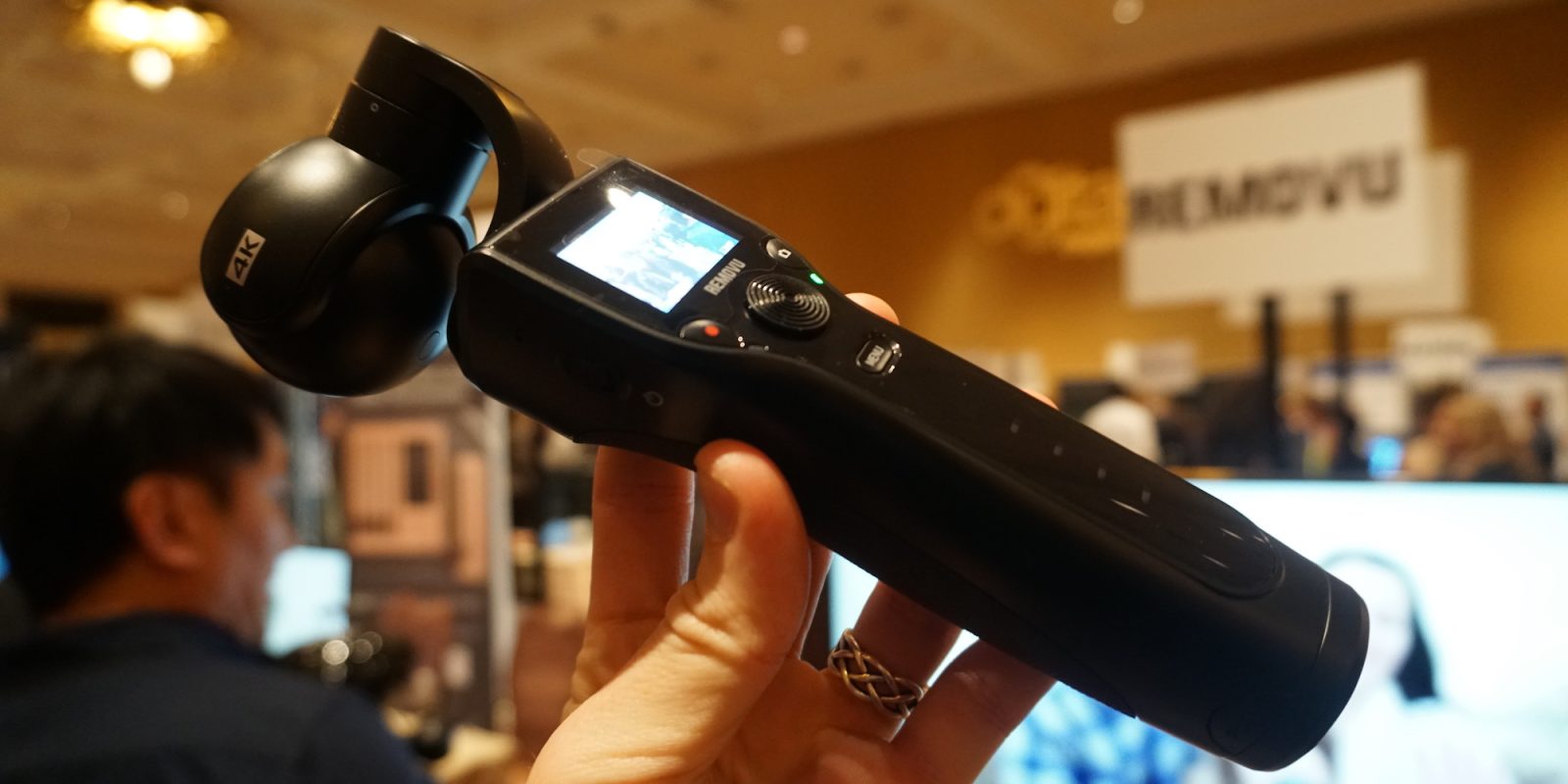 The new DJI OSMO Mobile 2 has been the big news from the famed Chinese drone maker this week, but DJI isn’t the only company releasing new handheld camera stabilizers. One similar product being shown off at CES is dubbed the Removu K1, and it tries to differentiate itself with a small display for making sure you’re always getting the perfect shot.

The Removu K1 is pretty straightforward. It has a 3-axis motorized stabilizer, shoots 4K video at 30 frames-per-second, can grab 12MP photos, and it gets 4 hours of continuous video recording on a single charge. But right on the front, unlike the DJI OSMO which requires an attached phone, the Removu has an integrated display. It’s a 1.5-inch LCD screen, to be exact.

Other than that screen, though, it’s a lot like the OSMO. You can pull the trigger on the back side to switch between modes (yes, it has a selfie mode, which makes sense given the front-facing display), you can tap buttons on the front to record video or capture a photo, and there’s an analog stick as well that lets you manually pan the camera around when you’re using it in that mode.

In terms of still shots, the Removu can capture single shots, burst photos, time-lapse photos, and panoramas. And for video, the Sony IMX377 sensor with its f/2.8 aperture can capture standard video (at 4K and 2.7K @ 30 FPS, or FHD at up to 120 FPS, or HD at up to 240 FPS), slow motion video, and time-lapse video. All of this content can be saved to a microSD card up to a max of 256GB and can be easily transferred to a phone via the app. There’s no zoom on this model.

Having only had a few minutes with the Removu, I was impressed with its build quality. The device feels very sturdy in the hand — maybe even strong enough to withstand a few heavy drops. It charges via a microUSB port and weighs a hefty 340g with the 2,900 mAh battery installed.

As for pricing, the company told us that it’s going to go for around $400 at retail — which is $70 more than the price you paid if you took a bet on it and funded it on Indiegogo last year.