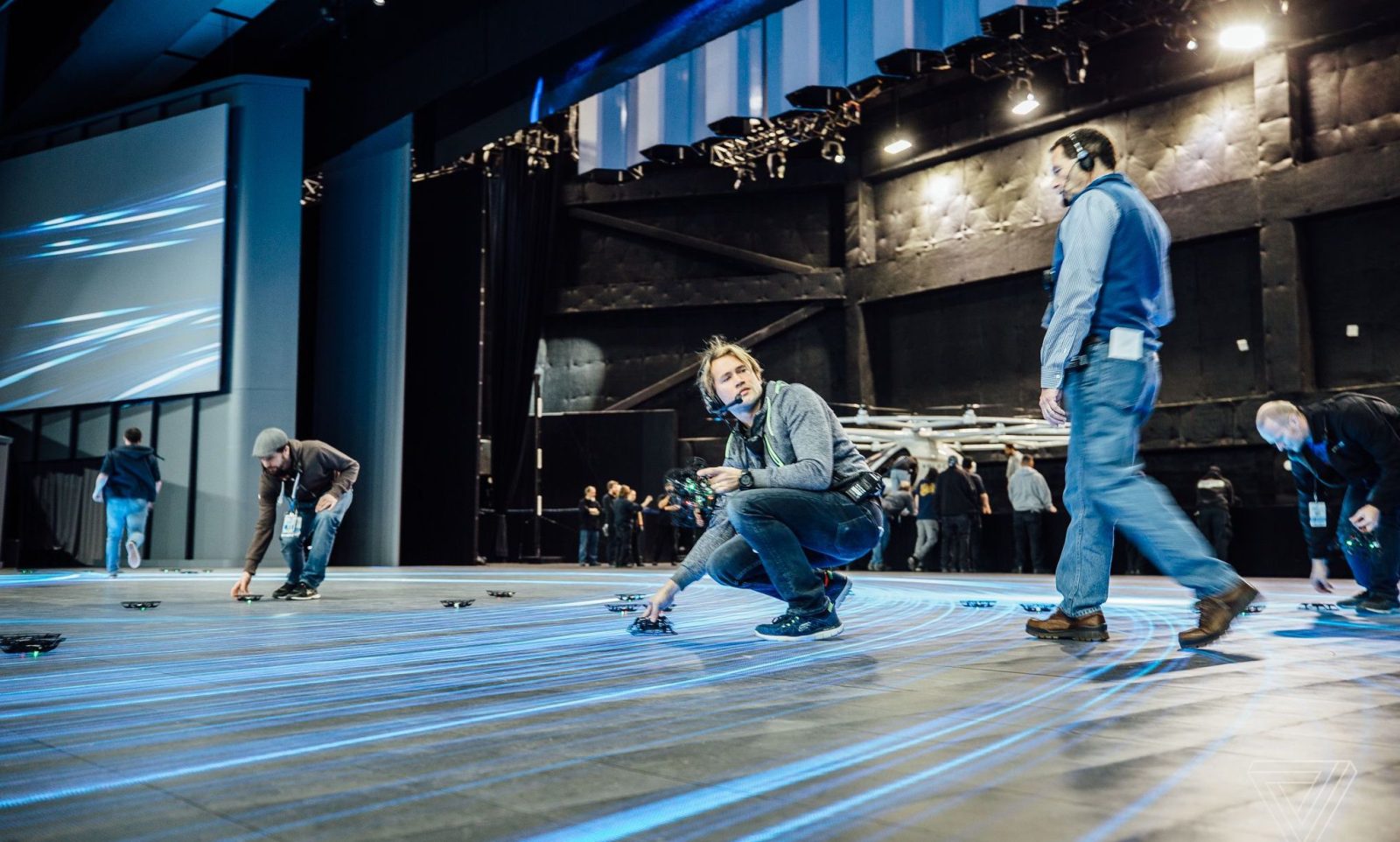 Intel has been showing off its skills in flying swarms of drone yet again. We all have seen their drone show at the Bellagio. Now Intel has taken one hundred tiny drones, that flew as a group, in a coordinated fashion over the crowds, without GPS, inside. If that sounds impressive, well, that is because it is.

This drone light show took place on January 7th and Intel has set a new Guinness World Records* title for Most UAVs airborne simultaneously from a single computer indoors when it flew 100 Intel® Shooting Star™ Mini drones as part of an indoor drone light show on Sunday, Jan. 7, in preparation for Intel CEO Brian Krzanich’s opening keynote on Monday.

The drones that were used indoors are called the “Shooting Star Mini” and they are the smaller versions of the drones that Intel uses for shows outside. The song the drones moved to is called Kygo’s “Stargazing,” and you can see the video of the performance below.

Unfortunately, these tiny drones are not for sale to the public even though they seem like the perfect drone for inside usage.Intel has specifically designed these mini-drones for indoor light shows as the one performed at CES 2018. The little unmanned aerial vehicles as pre-programmed and controlled as a group instead of individually. One pilot can control the entire swarm of 100 drones, which is pretty incredible.

We think these light shows are awesome and hope to see more of them. Anytime a company or a person pushes the envelope of what can be (safely and legally) done with a drone, we will pay attention and report on it here on DroneDJ.

Photography by Dieter Bohn / The Verge

10 reasons why the Phantom 4 Pro remains a favorite