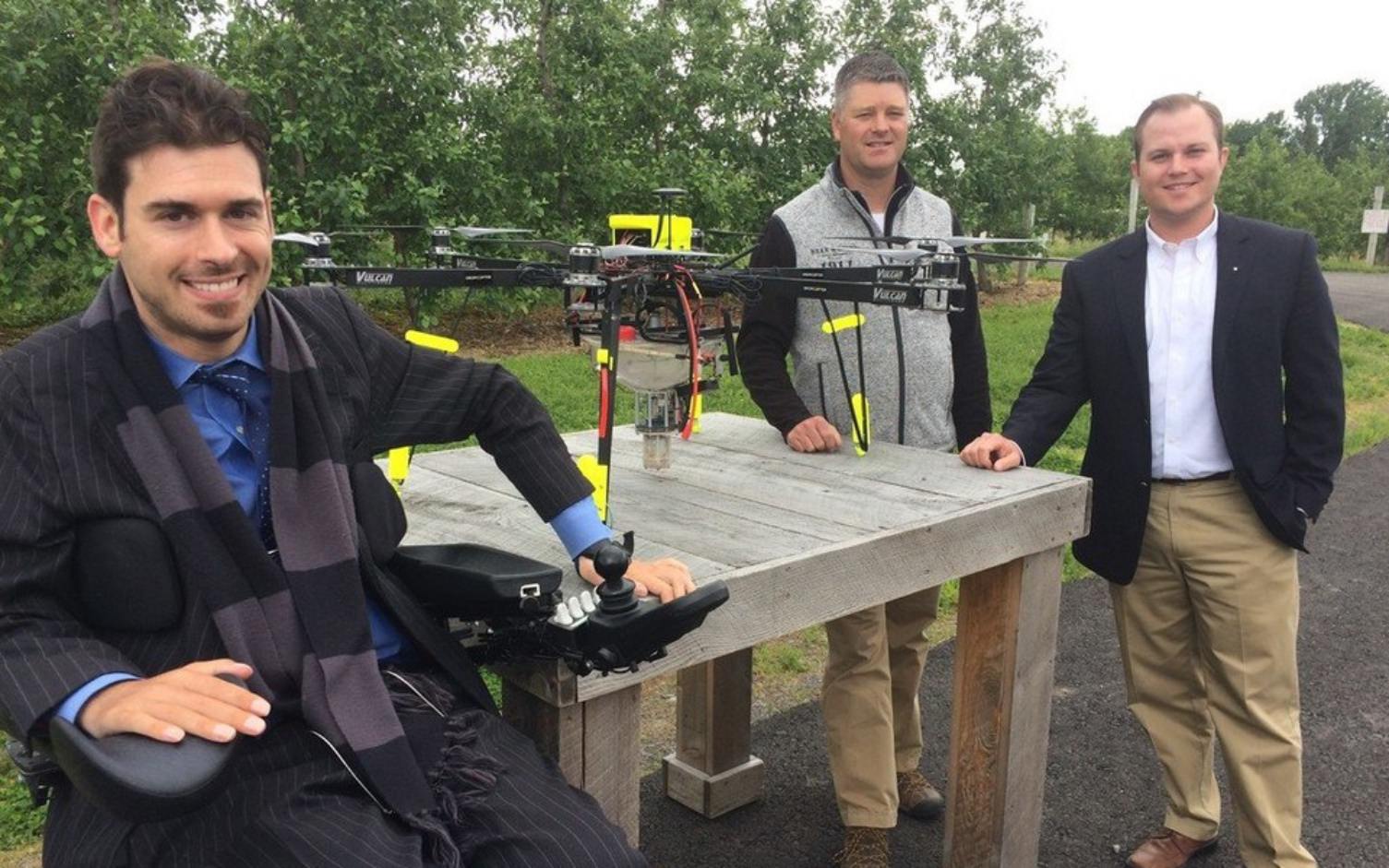 For the last 107 years, the apple orchard Beak & Skiff in Central New York has used bees to pollinate their apple trees. Each year, during spring when the orchards are in bloom there is only a short period that is the most optimal time to pollinate the apple trees. The success of the pollination is heavily dependent on the bee activity in the area. To take some of that uncertainty out of the equation, they tried something new this year. Fresh Fruit Operations at Beak & Skiff Orchards hired NY Genius finalist Dropcopter to pollinate their apple trees with a drone.

According to NewsChannel 9, the ‎Director of Fresh Fruit Operations at Beak & Skiff Orchards, Pete Fleckenstein said:

“Excitement over the technology, but also optimism that one less weather-related event I have to worry about every spring.”

Fleckenstein continues to say that the window for pollination can be as short as four days. If it is very cold as it was this year, the bees may not fly and this could result in a far smaller crop for this season.

Dropcopter, a company originally out of California but now based in the Syracuse Tech Garden came to the rescue and used their drone to pollinate five out of the 300 acres of Beak & Skiff’s orchards. Dropcopter Co-Founder Adam Fine said to Syracuse.com:

“We know that agriculture is one of the most significant points of entry for the commercial use of drones, and it holds the most opportunity to impact the industry and economy.”

He continued to say that:

“We’ve never had a problem getting ahold of pollen. It was shipped out from the West Coast and I received it and we weigh it out into specific measurements we need and we apply it at the rate that’s been ordered.”

Flying about 8 feet over the trees in a back-and-forth pattern, the drone can actually deliver the pollen more precisely than the bees would be able to. Later in the season, a study will be done to determine if the drone pollination indeed resulted in a better harvest.

“When you come across these technologies that are really solving a true problem in an industry in an agricultural setting like this its really exciting to see it come together.”

Dropcopter was started in California in 2013 and recently won a $250,000 prize in the Genius NY program. One of the conditions was that the company would have to move to the Syracuse Technology Garden, which it has done.