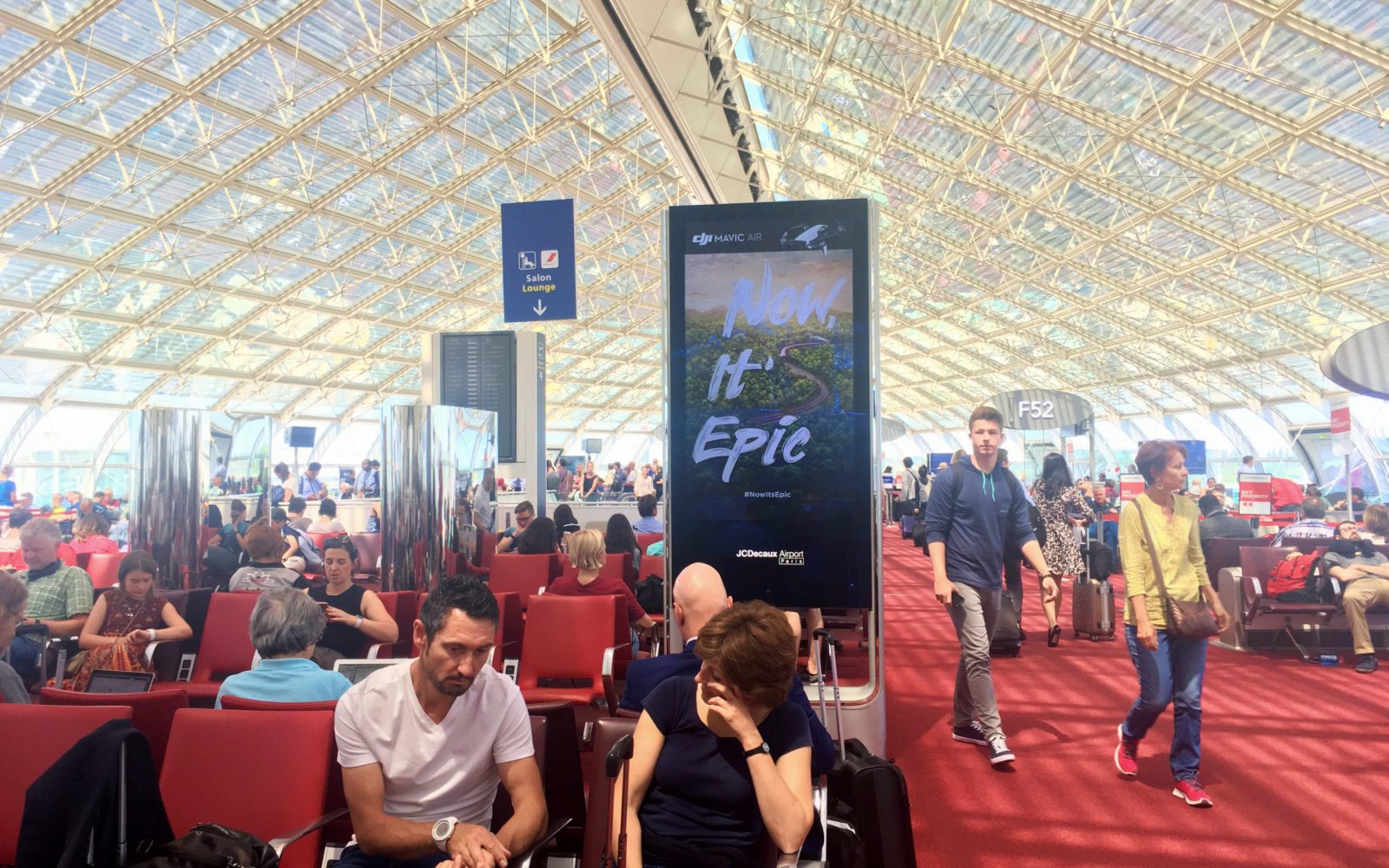 Last week, I flew from New York to the Netherlands with a stopover at Charles de Gaulle airport in Paris, where I noticed DJI’s marketing campaign “Now it’s Epic”, to promote their Mavic Air drone. We got in touch with JCDecaux, one of the world’s largest display advertising companies, to find out more about the drone makers latest campaign, and they informed us that the 10-second-long promotional video runs at five different airports around the world and is planned in conjunction with DJI’s partnership with TripAdvisor to promote what is supposed to be the ultimate travel drone.

It doesn’t come as a surprise to see the DJI Mavic Air promotion at international airports around the world since the Chinese drone maker has positioned this particular drone as the ultimate travel companion. With its small size, foldable legs and high-quality photo and video capabilities, it’s easy to bring along on your vacation and capture some stunning images.

According to JCDecaux, DJI’s “Now it’s Epic” campaign runs in the main terminals at LAX, London Heathrow, Singapore, Paris, and Frankfurt, targetting the departing passengers. The digital screens show a 10-second-long video promoting the DJI Mavic Air drone. The campaign can be seen from mid-June until the end of July.

When I walked to my gate at Charles de Gaulle Airport, DJI’s advertising was hard to miss as it was running on pretty much every screen. Check out the number of screens per airport below. That is 364 screens in total, displaying the video for six weeks. With the number of travelers coming through these airports during the peak travel season, DJI must be reaching millions of people with this campaign.

DJI’s campaign can be seen at:

JCDecaux told us that they had worked with DJI before, but that this was the first time that such a brief come from the drone makers headquarters. The experience to promote drones through JCDecaux displays must have been successful as more campaigns have been scheduled for later this year. 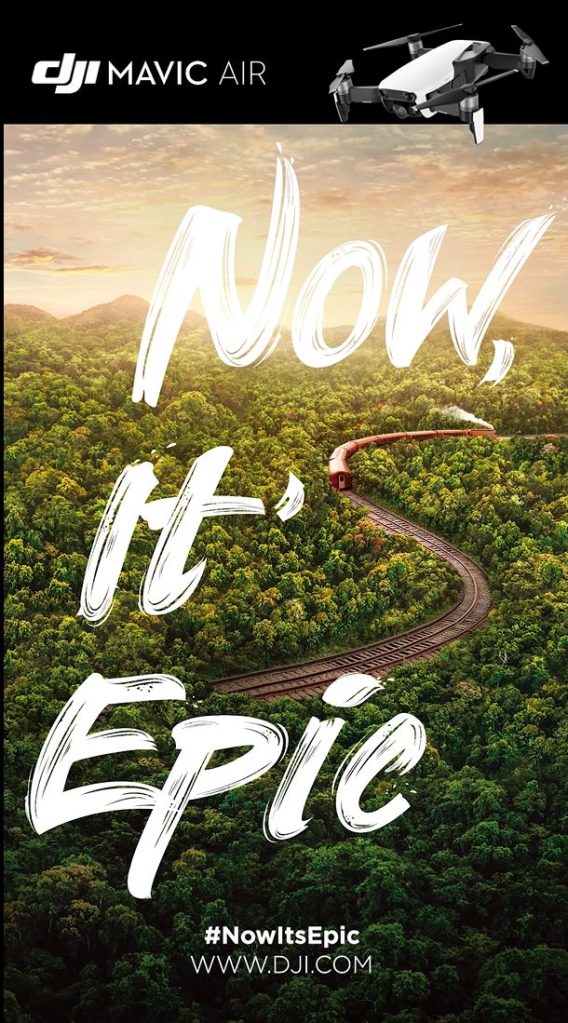 Maybe we will see a DJI Mavic Pro II (2) on these displays at the airports soon?