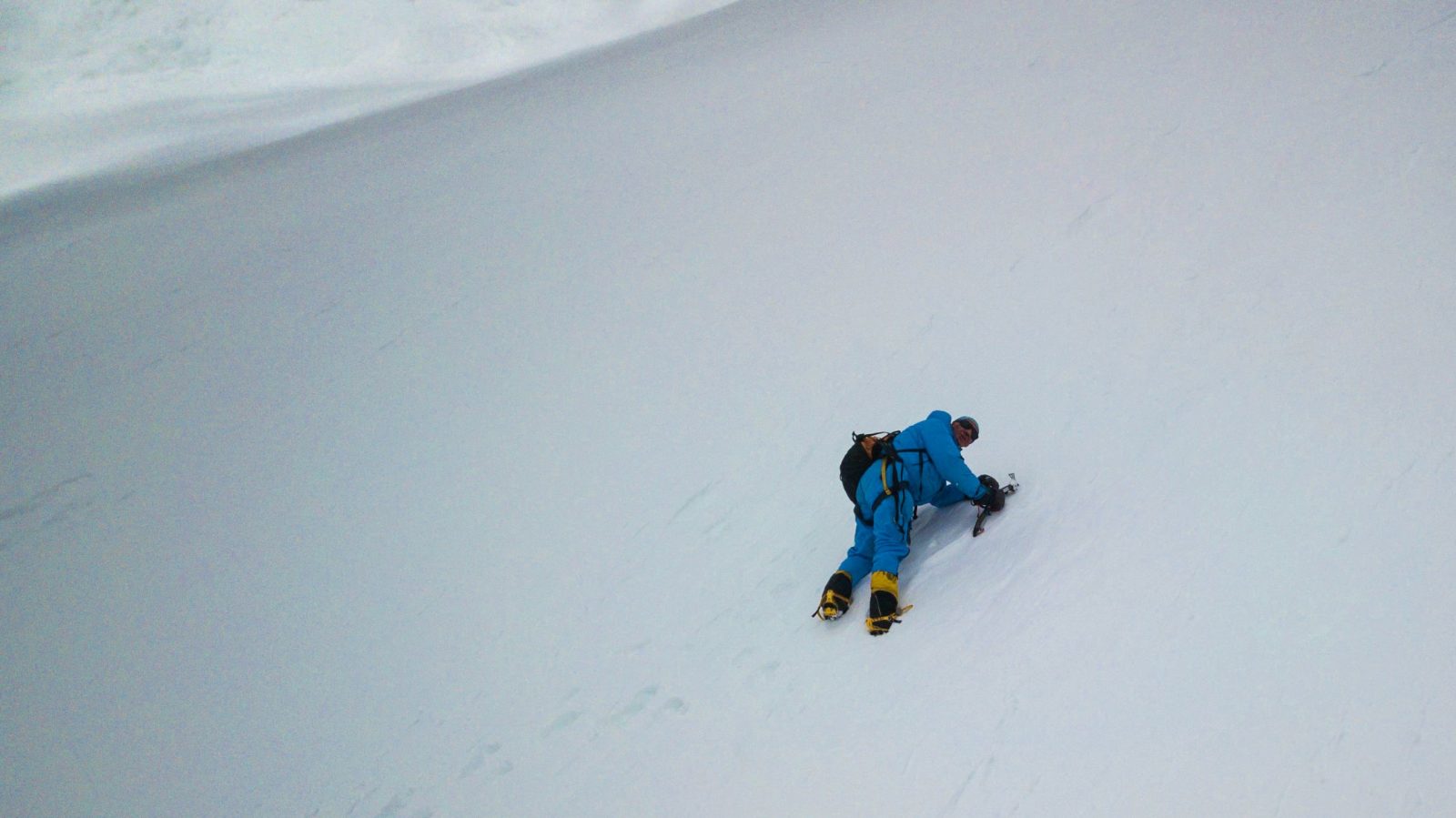 Last Monday we reported on how mountaineer Rick Allen was successfully rescued, after being presumed dead, from Broad Peak (26,400 ft) in Pakistan. with help of a DJI Mavic Pro drone. Needless to say that everybody involved, is happy to report that Rick made it back to safety with only minor injuries. This is the latest, but far from the only, rescue mission in which a drone played a crucial role in saving someone’s life. What sets this story apart though, are the extreme conditions (altitude and temperature) in which the DJI Mavic Pro was able to fly. From K2’s basecamp, Bartek Bargiel who piloted the drone was able to answer some questions in a short interview with DroneDJ.

DroneDJ: Hello Bartek, first of all, thank you for taking the time out to answer some of our questions. Can we start with some background information on you and how you got started with drones?

Bartek: Hello, I was born in 1994 in the small village – Łętownia in the south of Poland. I grew up in the big family with seven sisters and three brothers, I’m the youngest one. Two of my older brothers inspired me to start skiing, so I could move to a bigger town Zakopane, and start to train alpine skiing in the Sports Highschool. Unfortunately, I had gotten the serious knee injury and I realized that I would never become a professional alpine skier. Meanwhile, my older brother Andrew became the record holder of the world in the Elbrus race and became the first Pole, who in 2013 managed to get of Shishapangma on skis and leave from his peak. Furthermore, he set a record time for entering the Manaslu peak and as the second man in history. He came down from the summit to the ski base.

DroneDJ: Can you tell us how you got into flying drones commercially?

Bartek: In 2015, as the first man in the world, he [Andrew] went skiing from the notorious Broad Peak summit. Andrew had a plan for the new expedition, he wanted to document his actions, so he bought the drone. It was Phantom 3 Pro. I was 19 years old and I decided that I will go with Andrew for the next expedition, as a drone operator. I started to practice flying drone and I watched many tutorials and I’ve learned how to do it. What is more, I’ve done all the necessary permissions to be able to fly a drone.

The first expedition which I went with Andrew was to the mountains of Pamir and Tienchan. He wanted to break the record in capturing the Snow Leopard and he did it. In record time, he gained 5 seven-thousand peaks, which are located on the former territory of the Soviet Union. After all, there was created the series “Snow Leopard” produced by Canal+ Discovery.

I’ve understood that being a drone operator is an amazing adventure and since that time I’ve become a professional drone operator. I took drone shots for various commercials, but also for documentary films. I always use DJI equipment, for example, Phantom3, Phantom4, Phantom4pro, Mavic Pro, Inspire 1, Inspire 2 and S900. Now, I’m motivated to get my first own drone – Inspire 2 with [the Zenmuse] X7 camera. 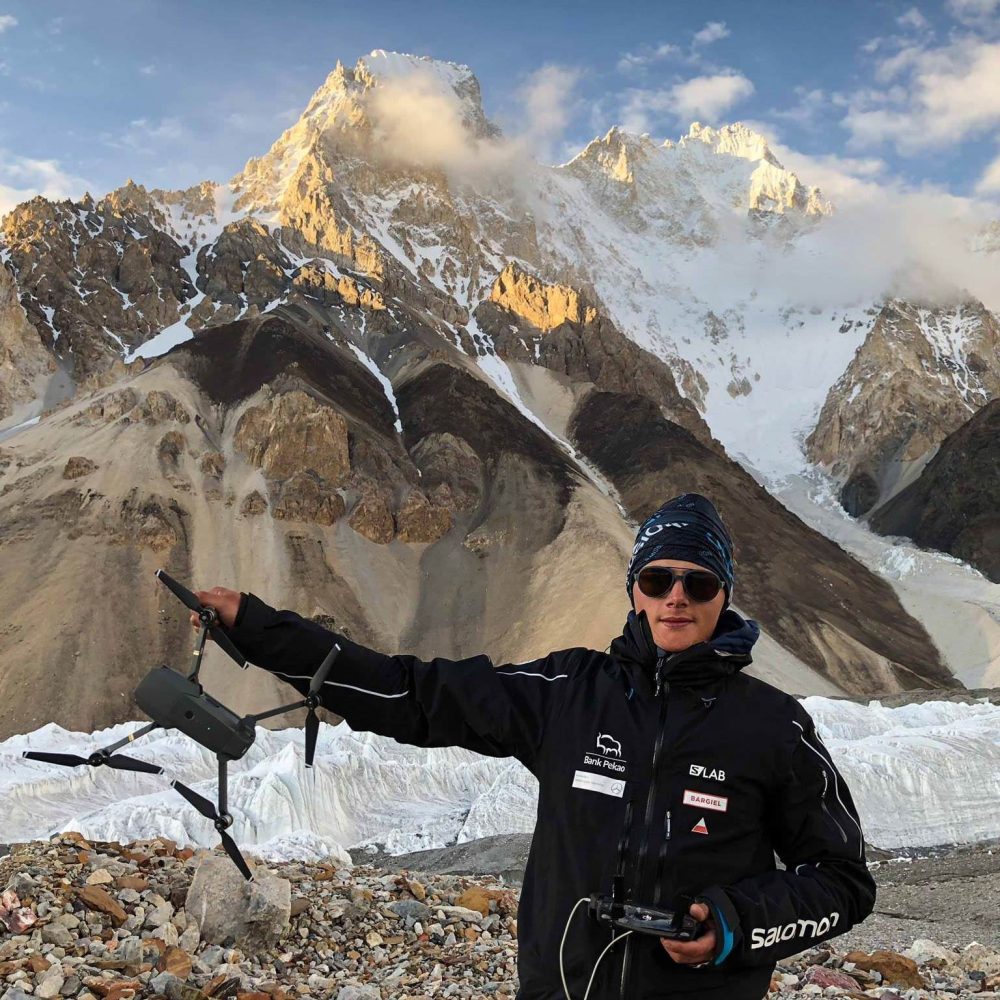 DroneDJ: How did you end up at K2’s base camp with your Mavic Pro and what kind of modification did you make to be able to fly at that altitude and in those conditions?

Bartek: In June and July 2017, I also accompanied my brother Andrew in the expedition to K2. I was flying the drone at 6900m. This year I broke the record flying at 8400m (I started from the base camp at 5000m). To do this I had to reinstall Mavic Pro so that it could rise and fall faster at such altitude. I had to also reinstall Mavic and broke the limit of flying up. The only one barrier is the batteries.

DroneDJ: What are your drone-flying plans for this summer? Can we expect more drone footage from you?

This summer in the Karakorum is full of adventures and challenges for me. I’m going to document all the way up, from the base to the peak of K2, filming my brother Andrzej. I’d love to make shots from the peak of K2. I also make a drone shots to the fabular movie about Maciej Berbeka, and his reaching the summit of the Broadpeak in 2013. So I can say that I end up at the foot of K2 with a drone, because of the hobby, work, and adventure.

DroneDJ: Can you tell us more about using your DJI Mavic Pro to help in the rescue mission of Rick Allen?

Bartek: A few days ago we had a rescue action. In the morning the cook came to us and said that he saw someone through the telescope, hanging on the glacier serac on Broadpeak. That was a man, he didn’t move and we thought that he’s dead. After some time, he got up and started to walk, but he didn’t know where to go. So I flew to him with my drone Mavic Pro and I took the shot of this place, where he was. Then we could trace his height and location [through the drone’s GPS coordinates]. We informed guys from the base under the Broadpeak so they can check [w]ho’s in the camp III. 3 people from the camp III at the Broadpeak moved to rescue Rick. I [flew] to Rick with my drone and he saw me. After all, he told to me, that he was relieved that someone knows about him. I started to fly slowly to the guys from the camp III, Rick was following me. After some time, Rick and rescue team met. I’m happy that I could help him, I guess we’re in the right place at the right time.

Now Rick is in his home in Scotland, he said in one of the interviews that the use of the drone was “significant” because it being able to show images that he was still alive “gave everybody hope”. In my opinion, that’s amazing that we could use a drone to save someone’s life.

DroneDJ: We completely agree and it is good to see that even in extreme conditions drones can be used for good and make a real difference. Thank you for your time and effort for this short interview. Please stay safe in your adventures on K2, which is considered one of the world’s deadliest mountains after all. For all our readers, please check out Bartek Bargiel’s website, Instagram and this amazing drone photo of the K2 mountain. Of course, you can find him on Facebook as well.