End of Life for Mavic Pro (Platinum), Phantom 3 & 4 and Osmo announced by DJI 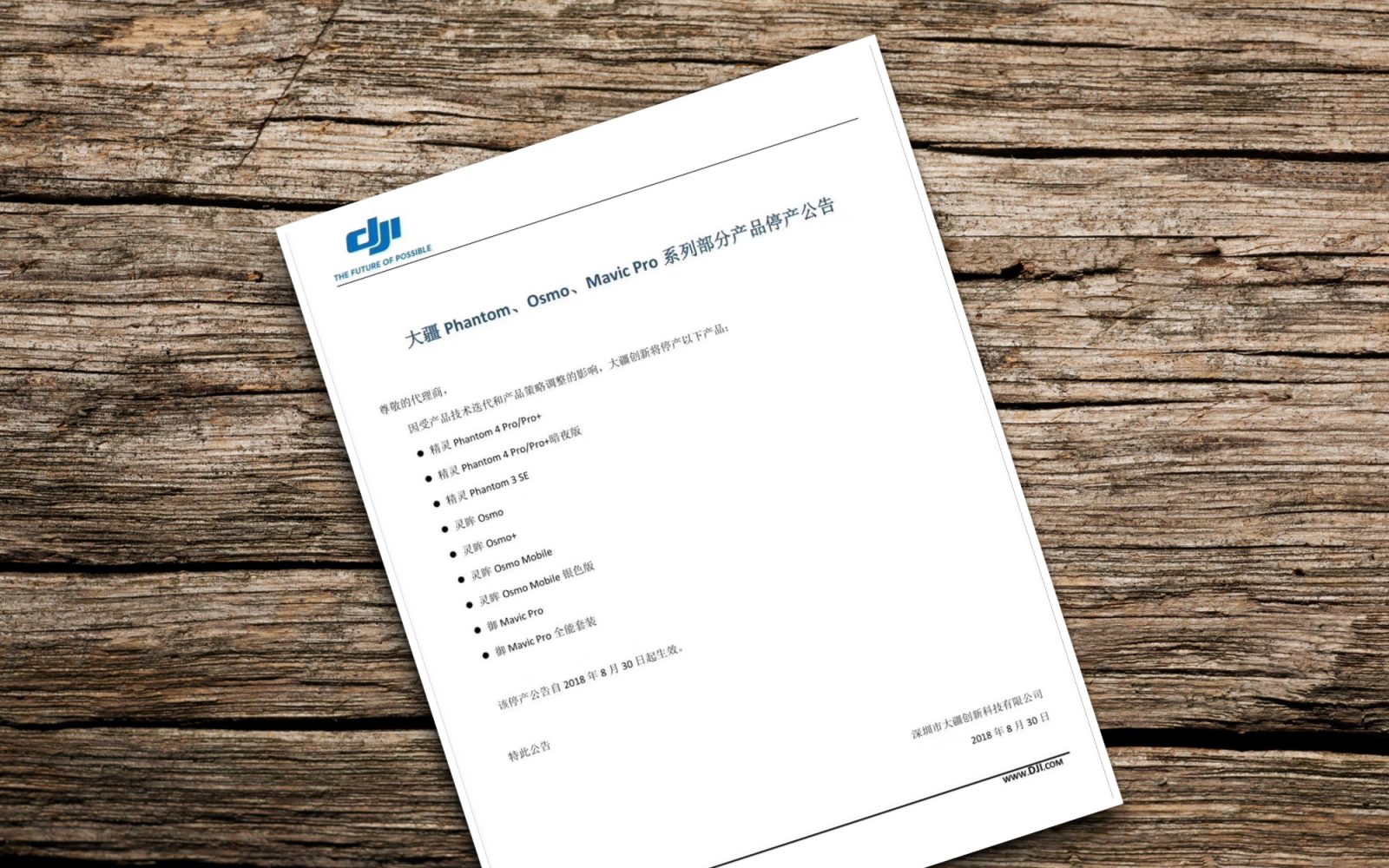 End of Life for Phantom 4

In a memo (dated August 30th) to retailers, DJI announces the End of Life for the Phantom 4 Pro/Pro+, Phantom 3 SE, Osmo, Osmo+, Osmo Mobile, Mavic Pro and Mavic Pro Platinum. Even though this version of the memo is in Chinese, we have been able to confirm the existence of the document with retailers here in the U.S.

Not too long ago we have already seen photos of what might be the new Phantom 5 drone with interchangeable lenses. DJI said about those photos that they were from a one-off project for a commercial customer, a story that few people believed.

Our guess is that there is a very good chance that we will see the new Phantom 5 before the end of the year and yesterday’s memo from DJI only strengthens our belief. 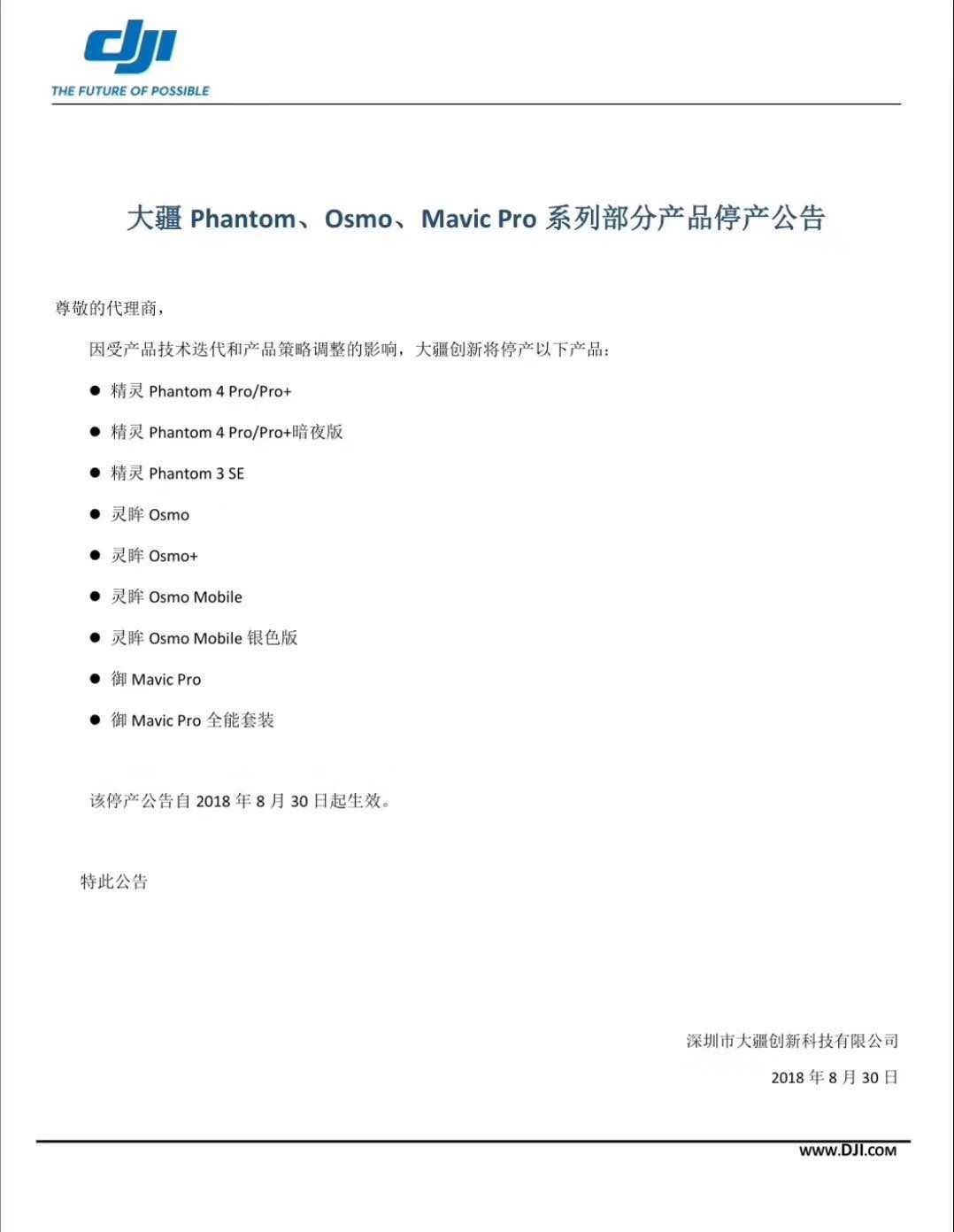