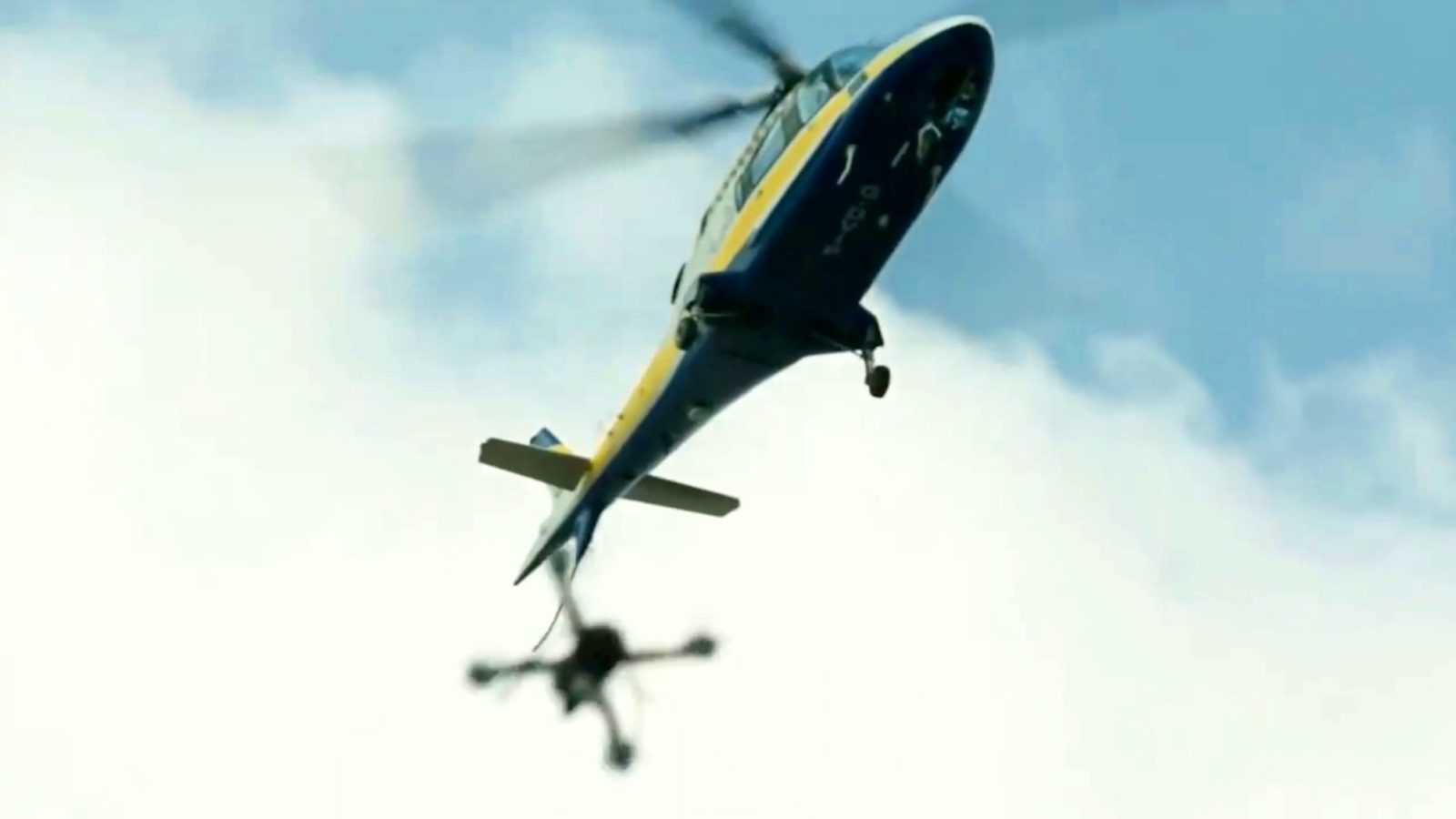 An Italian Drone Academy uses a dramatic video of a very serious staged drone accident to underscore the importance of drone education for pilots of all skill levels. We already know that improved education has helped to reduce the relative growth of drone incidents in Germany. The academy has created this video to drive home that point.

A drone is not a toy

The video starts with an emergency helicopter flying overhead when all of a sudden a drone appears that is headed directly to the manned aircraft. It hits the helicopter’s tail rotor and both the drone and the rotor are obliterated. As a result, the manned aircraft loses control and starts spinning. It also loses altitude quickly. As it crash-lands, it shoots forward, hits an ambulance and that’s when things get really bad. The helicopter tips over and… Well, if you read this far you should probably just go ahead and watch the video.

The video concludes with the statement that:

“A drone is not a toy. Illegal use of a drone results in criminal charges. Don’t risk it, sign up for the following courses.”

Italian ‘Accademia del Drone’, a pilots training center has created the video to promote their drone safety and basic flying course that will be held at four different locations throughout Italy. The training will be provided in partnership with other companies and universities. The courses are recognized by ENAC (Ente Nazionale per l’Aviazione Civile, the Italian Civil Aviation Authority).

Is the video effective?

Is the video exaggerated? Sure, it probably is. Is it effective in getting the message across? Heck yeah, it is. Recently we have seen two drone incidents with helicopters that ended well but could have been a lot worse. First, we had the Phantom that collided with an Army helicopter close to Staten Island, NY, where ignorance of the rules played a big role according to the FAA. More recently we had the very near-miss between a Mavic Pro and a helicopter in Florida. So, make sure you know the rules and where you can and cannot fly. And please be responsible and safe.

Note: Antoine T. pointed out to us that the footage actually comes from Casualty, on BBC TV on 2016. See here and here.

What do you think about the video? Overly dramatic or well done and very effective? Let us know in the comments below.