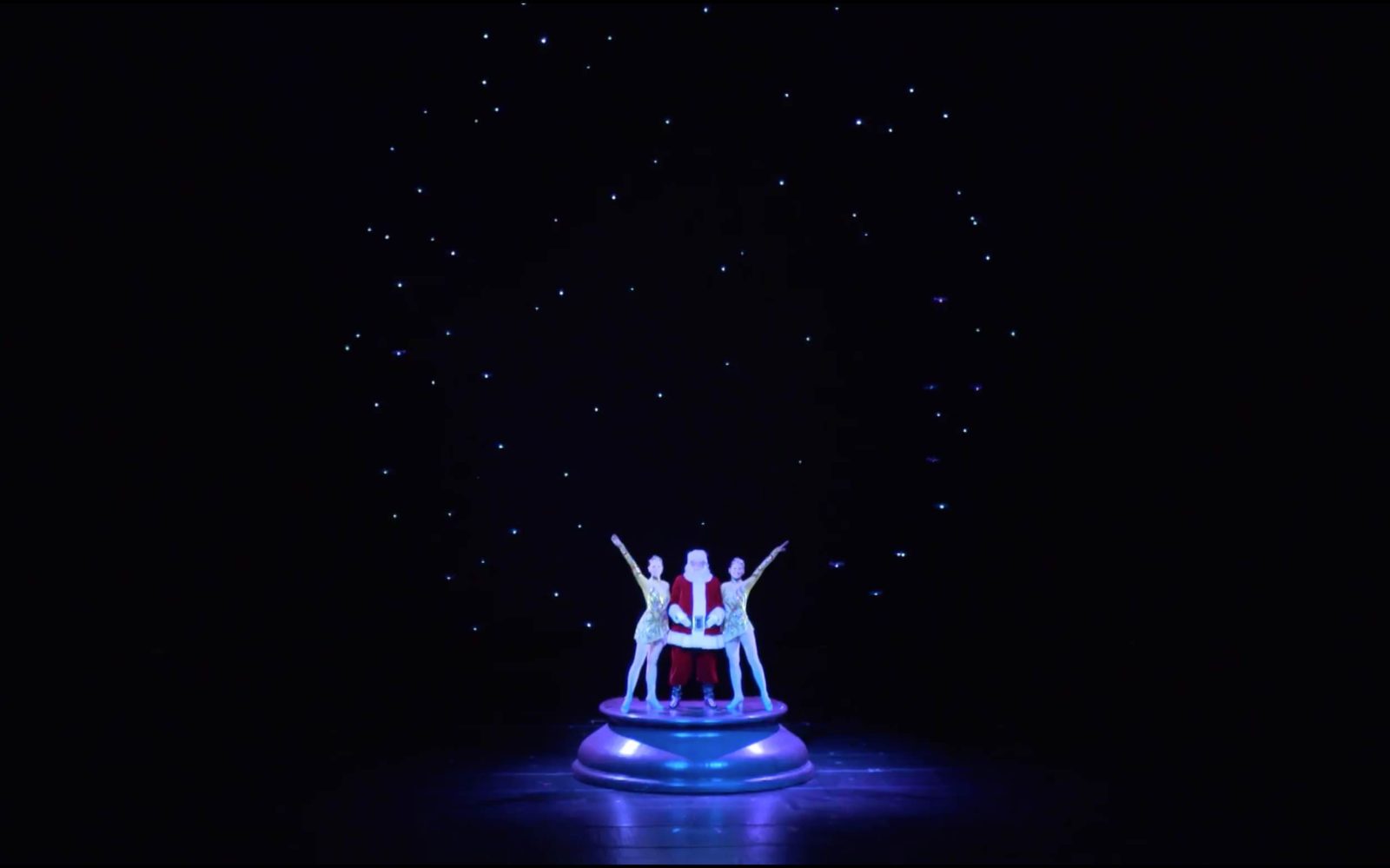 One hundred Intel Shooting Star Mini drones have been added to a brand-new finale scene. A short video of which you can see below. Intel tells us that the drone performance will be Intel’s longest running indoor drone light show with more than 200 performances between November 9th and January 1, 2019, as part of the Christmas Spectacular.

“Intel Shooting Star mini-drones, representing Christmas lights, will create various images and animations that are synchronized to music and lighting effects performing alongside the ensemble and Rockettes. As they build in numbers throughout the scene, the final culmination will showcase a one hundred drone light show, as their movement and flight path will interact with advanced digital projections to make various scenic elements magically come to life.”

The new finale, ‘Christmas Lights’ was overseen by Sam Buntrock, the creative director of new digital content. From a distance, the drones merely look like floating lights. but they do add a special 3D effect to the show.

Weighing in at less than 68 grams, the Intel® Shooting StarTM mini-drone is constructed with a soft frame made of flexible plastic. A 180-degree cage covers the four propellers. The Intel® mini-drone fits in the palm of a typical hand – all features designed to promote safety when flying near people.

Other stories with drone light shows