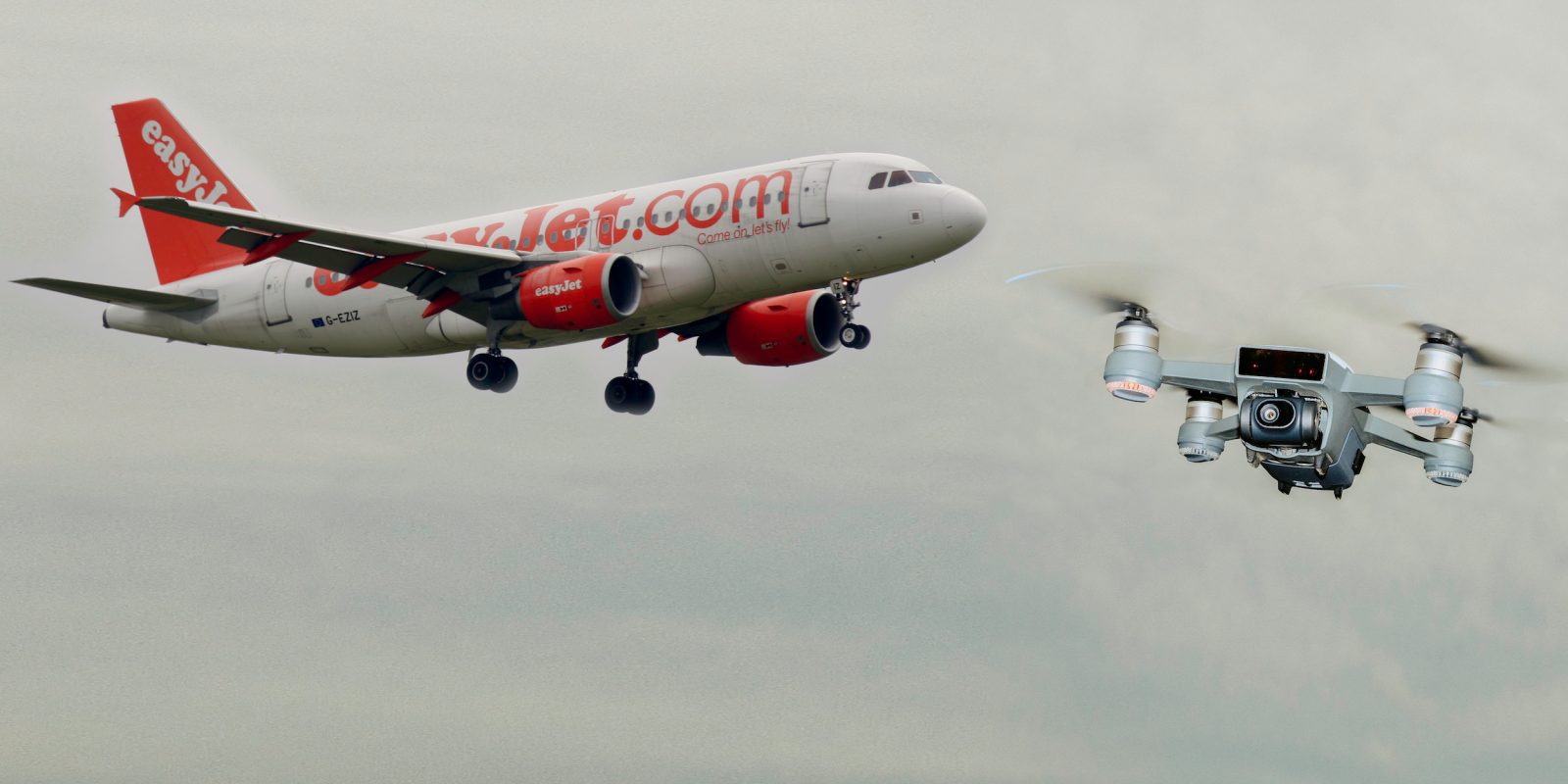 Heathrow airport said in the statement that:

“We have invested significantly over the years to enhance our capabilities to detect and deter drones at the airport.” The airport also said that the government needs to continue to create “the right regulations and enforcement tools to keep the UK’s skies safe as the technology evolves.”

In an article from the Financial Times, the head of flight safety at Balpa, the British Pilots Union, Rob Hunter said that the sharp increase was “incredibly concerning.” He continued to say that “a drone coming into contact with an airliner or helicopter could prove disastrous.”

interestingly enough the Gatwick drone fiasco that shut down the airport for three consecutive days, is not included in the 125 dangerously close encounters or UK drone incidents of last year. The reason for the exclusion is that the pilots and air traffic controllers did not feel that the safety of aircraft was endangered. 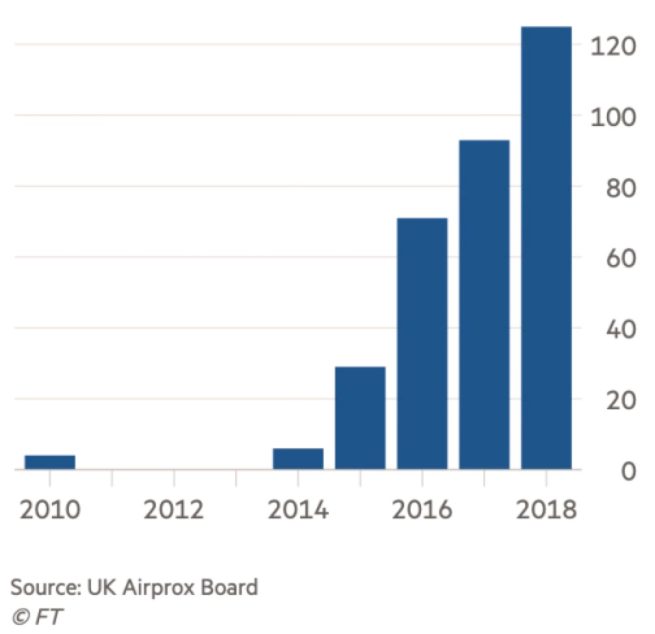 Even though Gatwick Airport is the UK’s second busiest airport, handling about 284000 flights annually, the air space in which it operates is much smaller than Heathrow’s and thus creating fewer opportunities for any drone incursions.

Soon after the Gatwick drone fiasco, the UK government pushed through legislation to enlarge the drone exclusion zones around airports to 5km from 1km previously. The government had already announced that drone pilots would need to register their drones and pass a test from November 2019 onwards.

According to Mr. Hunter, the actual number of UK drone incidents at all UK airports in 2018 could be much higher than the reported 125, because drones are hard to spot, and because Airprox reports can be quite restrictive in what is considered a near-miss.

The International Civil Aviation Organization’s definition of an AirProx incident or near-miss is when an object comes close enough to endanger an aircraft, entirely depends on “the opinion of a pilot or air traffic services personnel.”

However, the issue with this definition is that “you can only start with a visual report, and a pilot can only report what he thinks he saw” said Rupert Dent, the regulations director at Arpas, the drone trade Association. He continued to say: “There is no mechanical absolute definition.”

The UK government is taking the Airprox numbers into consideration when it comes to developing future drone regulation, that might further restrict flights near airports and airfields.

Mr. Hunter says that actual UK drone incidents could be much higher in reality because of the restrictive definition of a near-miss and because drones are hard to spot. We feel that the opposite might be true too, i.e. that the real number of drone incidents could be significantly lower as many other items are easily mistaken for drones. We have reported on many such cases here on DroneDJ, including the drone incidents at Gatwick, Heathrow, and Newark Airport. In all these situations drones were blamed, but we have yet to see any real evidence that drones were indeed the culprits. Another example is yesterday’s story where a drone was blamed for the sudden failure of the windshield of a micro-light airplane in New Zealand, which now turns out to be caused by prolonged UV exposure and not by an unmanned aircraft! Even DJI recently warned people to be cautious before pointing to drones as the likely culprits.

“DJI urges caution in evaluating initial reports of drone incidents, because many of them turn out to be wrong. The true culprits have included a plastic bag (UK, 2016), structural failure (Mozambique, 2017), a bat (Australia, 2017) and a balloon (New Zealand, 2018). While there have been isolated cases of drones being flown improperly, drones have amassed an admirable safety record around the world, and the overwhelming majority of drone pilots want to fly safely and responsibly.”