Zipline starts deliveries of medical supplies by drone in Ghana 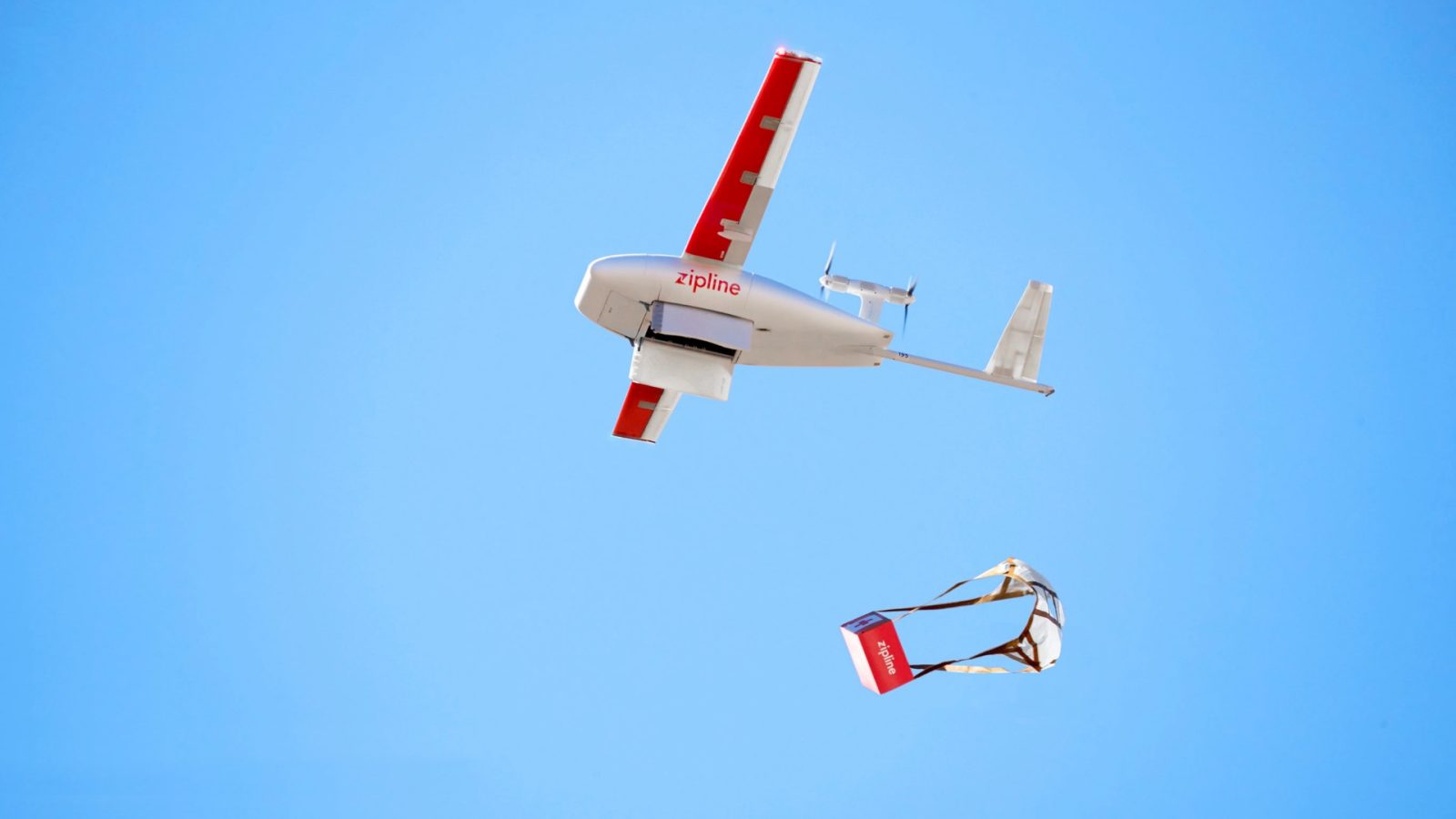 Today, Zipline the San Francisco based drone manufacturer and the logistical services company, launched a program in Ghana to deliver medical supplies by drone. In partnership with the government of the West African country, Zipline will fly 30 drones from four distribution centers to deliver medical supplies, such as vaccines, blood, and medication to 2,000 healthcare facilities across the country on a daily basis. Zipline also confirmed that it is looking to expand their services to other countries and to take their delivery service by drone from testing-phase to live-deliveries in the U.S., sometime this summer.

Zipline starts deliveries of medical supplies by drone in Ghana

Zipline CEO Keller Rinaudo told TechCrunch in a call that:

“We’ll do 600 flights a day…and serve 12 million people. This is going to be the largest drone delivery network on the planet.”

“No one in Ghana should die because they can’t access the medicine they need in an emergency. That’s why Ghana is launching the world’s largest drone delivery service… A major step towards giving everyone in this country universal access to lifesaving medicine.”

Zipline was founded in 2014 and the company designs and manufactures its own drones as well as the launch and landing systems and logistical software. The company first started testing its delivery by drone service in partnership with the government of Rwanda. This service went officially life in 2016, claiming to be the first national large-scale drone delivery program in the world. The company has since successfully made thousands of flights delivering blood samples and medication across the country.

Currently, Zipline is testing its beyond-line-of-sight drone delivery services in the US as part of the Department of Transportation’s Unmanned Aircraft Systems Integration Pilot Program in North Carolina.

Rinaudo said that the company is looking to expand its operations beyond Rwanda, Ghana and the US. Without disclosing any specifics he announced that:

“We’ll be launching in several additional countries, not all of which are in Africa.”

Apart from delivering blood samples and medication, the company is also considering to deliver otter products by drones.

In addition to launching its drone delivery service in Ghana today, a spokesperson for Zipline also confirmed that the company is looking to start live-delivery of medical supplies in the US sometime this summer. Maybe Zipline will become the second company after Google’s Wing Aviation to start commercial drone deliveries in the US.