Who needs the Mavic Mini? Build a Cinewhoop 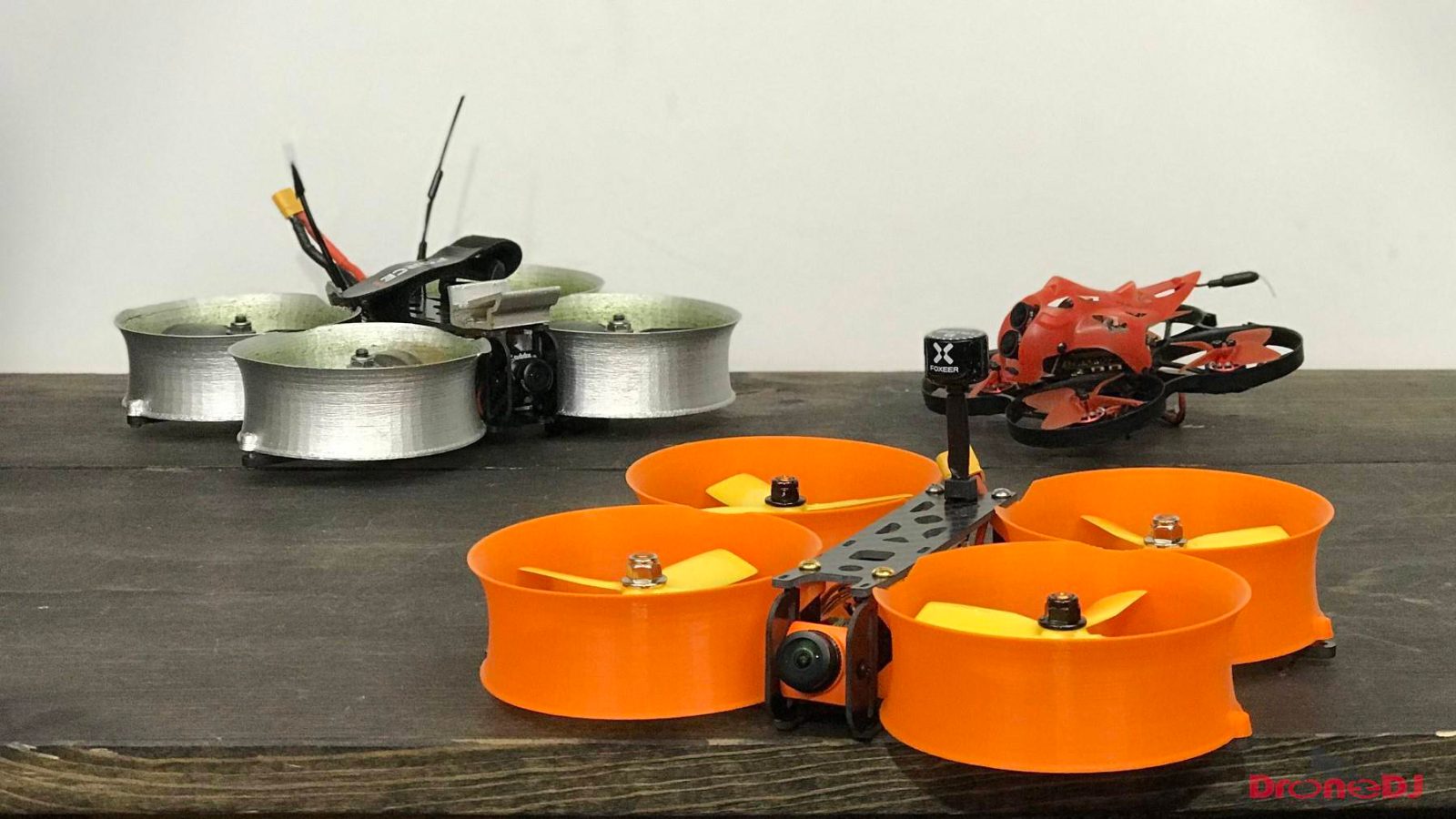 The Eachine Tyro 79 is a good little 3″ FPV drone kit. Like the other Tyro models, it is a simple and affordable way to build your first drone.  Unfortunately, there aren’t many DIY cinewhoop kits out there. So I figured I’d make one. The Tyro79 makes an excellent base for building a cinewhoop. Right now the Tyro79 is on sale at Banggood as part of their 11.11 lucky sale. It is only $69. Add an inexpensive frame like the Donut for $29 and you can have yourself a whoop for less than $100.

No, it isn’t the new DJI Mavic Mini. But you can build 4 of these cinewhoops for the price of one Mavic Mini, and it can do things the Mini cannot. Learn more about how to put together a cinewhoop and how to do it for about $100.

The Eachine Tyro series of drones are easy and affordable build kits. There are two major advantages of starting with a Tyro kit. The first is you’ll get all the components you’ll need (with the exception of a receiver) to put your drone together. The second is that unlike most builds there is much less soldering to do as most of the drone is plug and play.

This is my third Tyro build. I’ve completed the Tyro 129 and the Tyro 69. The 129 is an excellent 7″ build and the 69 was a less than spectacular toothpick build. The Tyro 79 is a very solid 3″ FPV drone and makes for a great platform to build a cinewhoop. Converting it from a 3″ racer to a cinewhoop will sacrifice some of the agility and maneuverability but you’ll gain motor protection and that can be an important thing if you are flying around people. 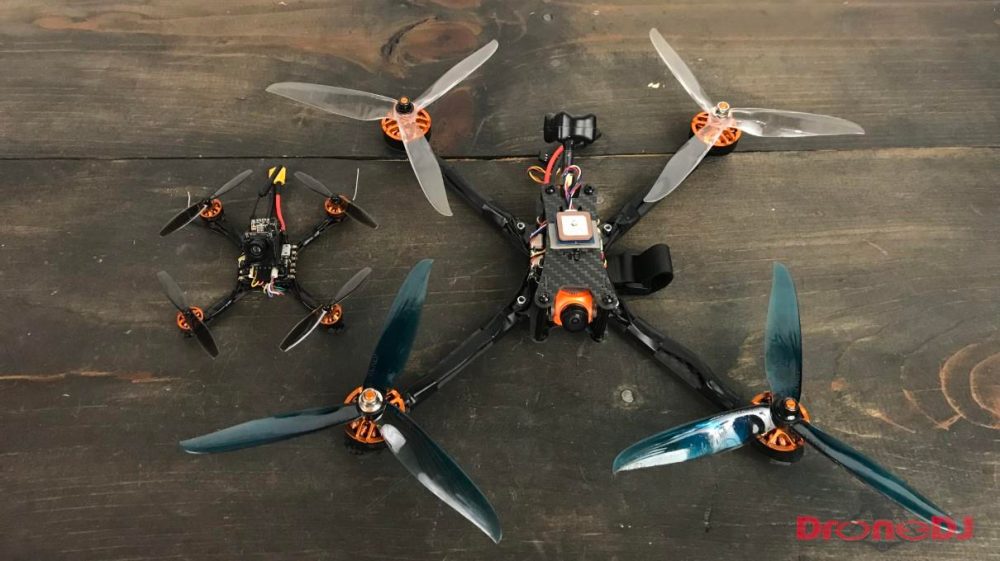 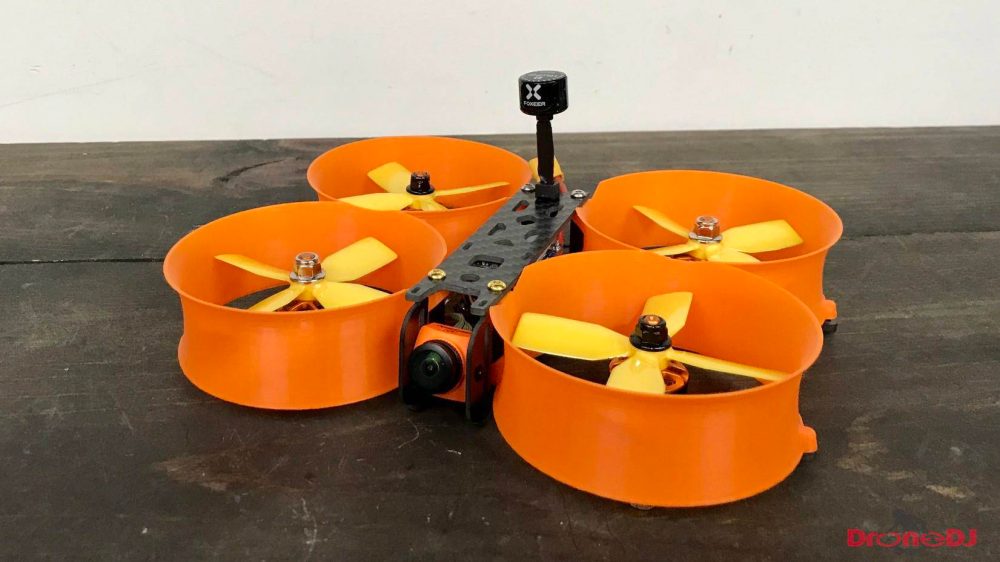 A cinewhoop is a style of drone that is built for capturing HD footage in places that a traditional HD drone might not be able to. The ducted design makes it safer to fly around soft targets and the ducts offer a little bit of stability. A lot of people will put GoPro’s on them and capture some really spectacular footage. I’ve built a cinewhoop from scratch and it is an awesome tool to have. If you aren’t comfortable with a full build the Tyro is a great place to start.

This is actually my second cinewhoop build. I built one from scratch using some premium components. If you’d like to see how that went together check out the video below.

The Tyro79 was built to be an inexpensive 3″ drone for racing or freestyle flying. It has some solid components that also will do quite well as a cinewhoop. The Tyro79 uses a 20 x 20 mm F4 flight controller and a 20 amp 4 in 1 ESC. It can handle a 2-4S battery. The VTX is switchable from 25/100/200/300 mw and comes with a 700TVL camera and supports smart audio. The motors are big for a 3″ drone but sometimes bigger can be better. These 1607, 2800KV motors have some serious power. Included in the kit are a set of 3030 4 blade propellers. I’m not thrilled with this propeller choice, but they get the job done. 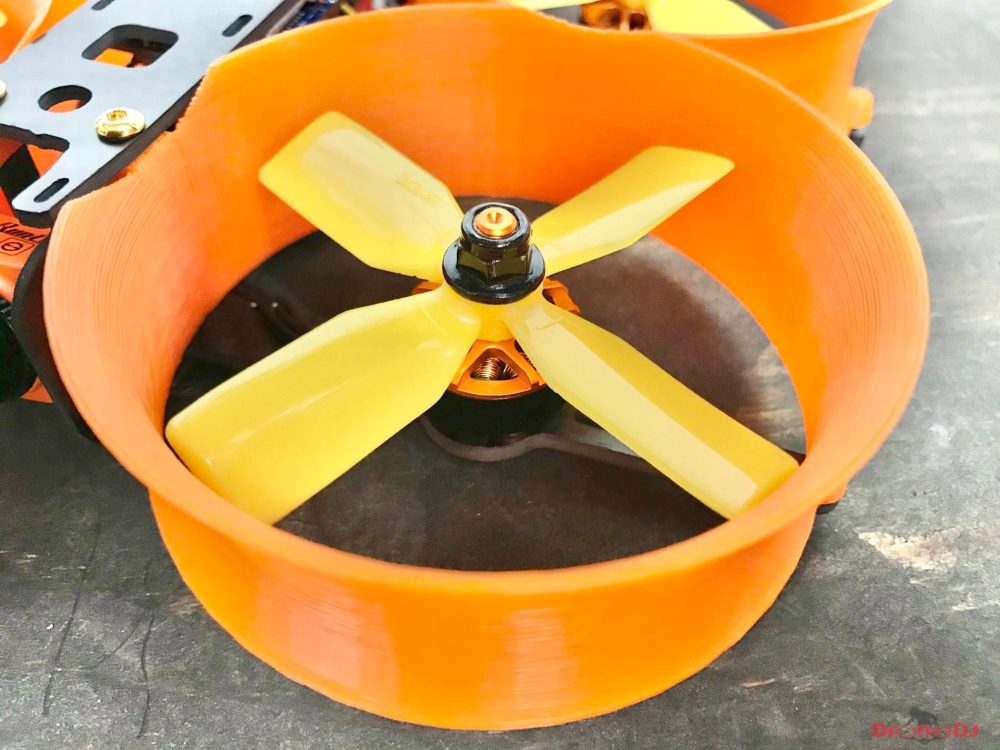 I chose to swap out the stock camera for the Runcam nano Split. I wanted to see if I could build it with an HD camera for under 250 grams. In fact, this can be done. My first iteration using the Tyro79 kit, the Runcam nano, and the Donut frame put the build at 250 grams including my 3S 600 mah battery. A little weight shaving and some quick changes got this quad under 250 grams without many modifications with the 3S battery. You’ll have to decide if this is something you’ll want to pursue. Keep in mind that adding a Runcam camera will add about $60 to the cost of the DIY project.

I would recommend using the Runcam micro split as it is even smaller and lighter than the nano if that is what you are after. It will record HD footage on board. No, it won’t be GoPro quality, but it does a nice job. There isn’t a realistic way to fly with a GoPro and keep it under 250 grams. You’ll have to decide if that is important to you or not. The Runcam nano split is superior to the factory camera for sure but will add both cost and weight to the build so keep that in mind. If you want basic HD footage it is a good option. 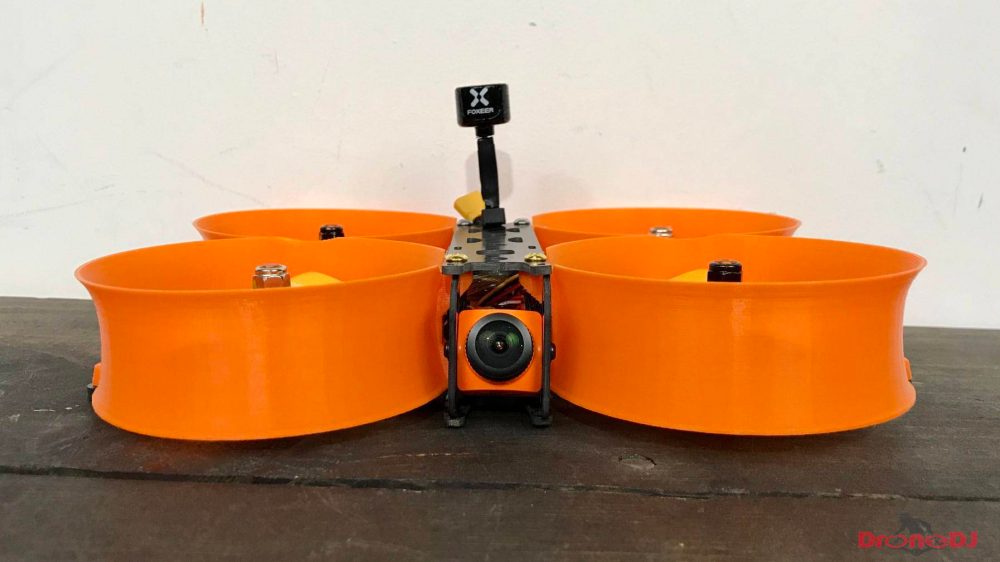 If you want the best footage possible then don’t worry about trying to save weight. Adding the GoPro and with that a 4S battery will push you over 250 grams.

I had to file down the stock propellers to get them to work inside the Donut frame. To be fair this idea wasn’t originally mine. I saw it on Facebook and thought it was a great way to build an inexpensive cinewhoop. The original idea was from GravyFPV. You can see what he did here. His concept used a different cinewhoop frame and I think I actually like the reptile frame a little more. However, I had an extra Donut frame laying around so that is how I built it. The stock props seem to fit inside the reptile frame without an issue. It looks like the Reptile Cloud he used is part of Banggood’s 11.11 sale and you can buy the whole cinewhoop assembled for only $118. Not a bad deal.

Should you build a Tyro Whoop?

If you are looking for a good and inexpensive cinewhoop it is hard to beat this option. You could opt for the full, custom build that I did, or you could purchase an already built model like the Megabee or maybe even the Eachine Cinecam. But if you are looking to get into building quads and don’t want to take the full plunge the Tyro Whoop build is a great option. You’ll need three things. One, the Tyro79 kit. Two, the Donut or similar cinewhoop frame. Three, your receiver of choice. I recommend the FrSky XM+. Don’t forget to check out the coupon codes that Banggood has for its 11.11 sale. You can save on the Tyro 79 kit.

If building isn’t your thing you can always opt for a prebuilt model. The iFlight Megabee is probably the best option but it is a little pricey at almost $300. The Cloud Reptile is another option and is only $140. The Cloud is even part of the 11.11 sale.

If you are new to flying FPV and you aren’t sure where to start we’ve put together a three-part series on where to begin. You can check that out here. Getting into the FPV hobby might seem intimidating and there’s a lot of new lingo. If you’d like a little clarification on things like twigs, toothpicks, whoops, VTXs and more then check out the video below or read more about that in our recent article here.