Iowa State Patrol to use drones to aid investigations 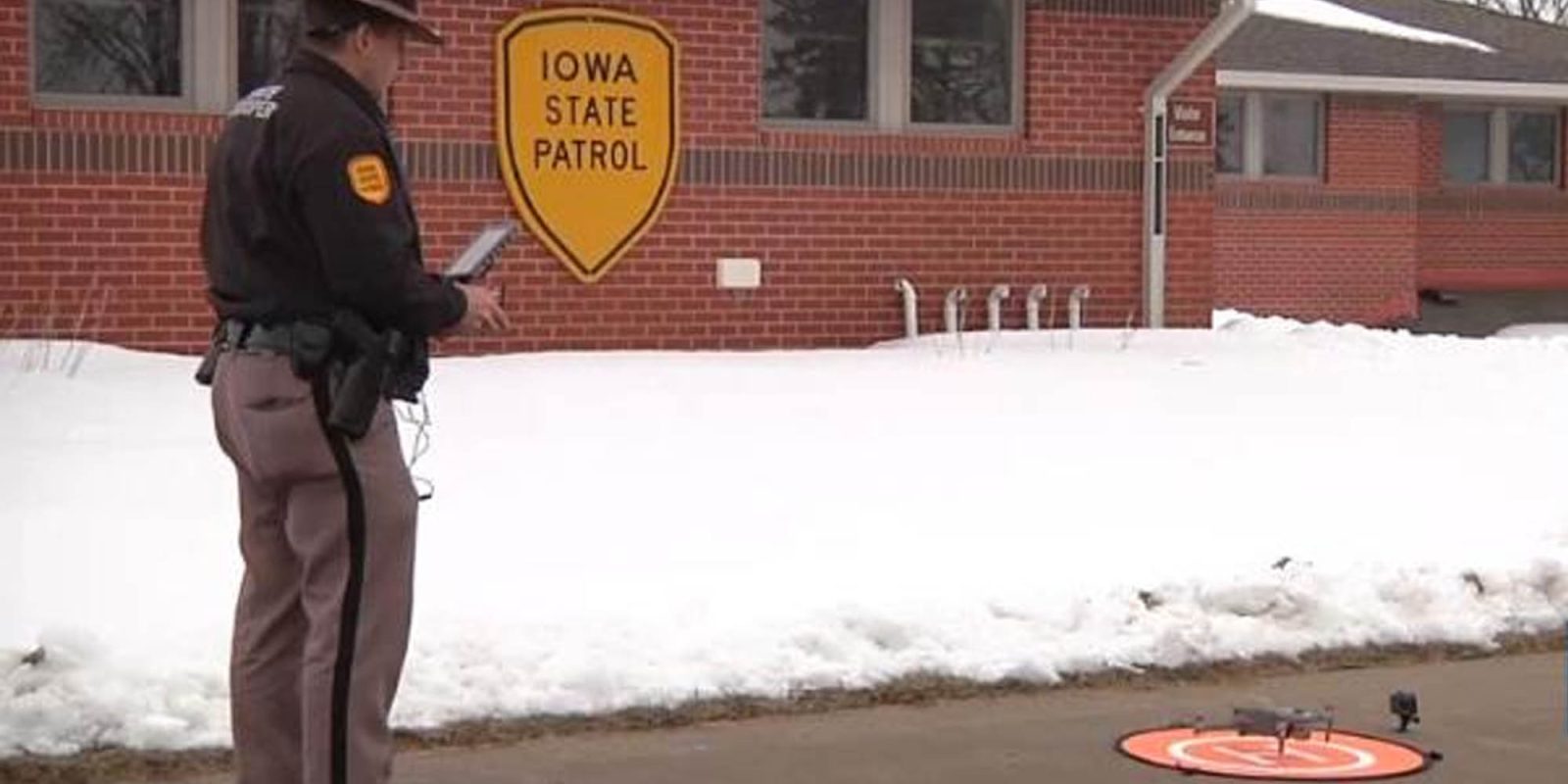 Iowa State Patrol will begin using drones to aid in investigations and map road crashes for further digital investigation. This welcomed piece of equipment will allow for Iowa roads to open up sooner after a crash, up to three times faster in some cases.

Iowa State Patrol to use drones to aid investigations

The State Patrol will begin to implement using drones as a new tool when responding to crash sites, the drones will be used to create a 3D map of crash scenes, allowing the State Patrol to map evidence and better understand the crash scenes.

Trooper White from Iowa State Patrol had the following to say on what the drones will be doing once deployed.

“It’s able to create a 3D rendering of the scene, and with that, we are able to see all the roadway evidence that was existing there and be able to study the dynamics of the crash and come up with a solid conclusion.”

Iowa State Patrol currently use a system, by the name of Total Stations, it requires officers to take photos and match it up with the measurements taken by the system.

What do you think about drones being used to aid police in improving productivity and making work more efficient? Let us know in the comments below.