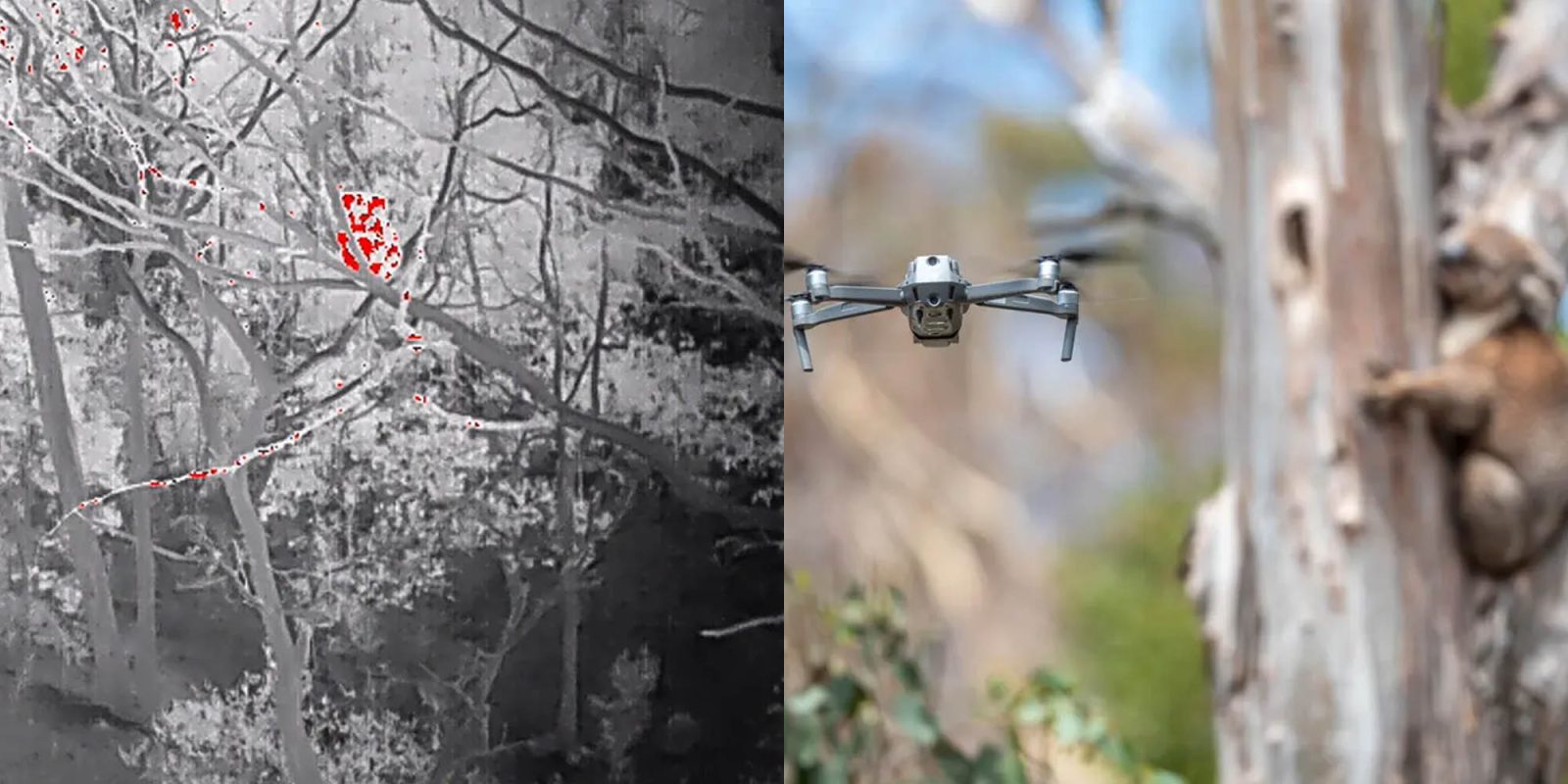 Drones equipped with thermal cameras are being used in Australia to locate koalas injured in the recent bushfires that devasted Australia. The drones are being utilized as a part of a collaboration between the Victorian forest and wildlife officers and the Australian defense force.

Victorian forest and wildlife officers have been going into areas affected by the recent bushfires with DJI Mavic 2 Enterprise Dual drones to locate and perform visual checks on koalas that survived the fires.

The drone is sent up into the air once a koala is spotted and captures both visual and thermal images. The images are sent to a ground station where the images are inspected closer to see if anything is visually wrong with the koala.

Once the koala is inspected on the larger display, a cherry picker is sent up to the tree to collect the koala and bring it down from the tree. The injured koalas are sent to a wildlife triage center set up in Bairnsdale, Victoria, as a direct response to the bushfires. The koalas are taken care of in the triage center, and once ready, are released back into the wild.

Drones have been flying over bushfire stricken areas for the last few weeks determining the full extent of the damage and locating other surviving animals. Drones are also being looked at as an option to plant trees and help prevent future fires, by analyzing data from various sensors.