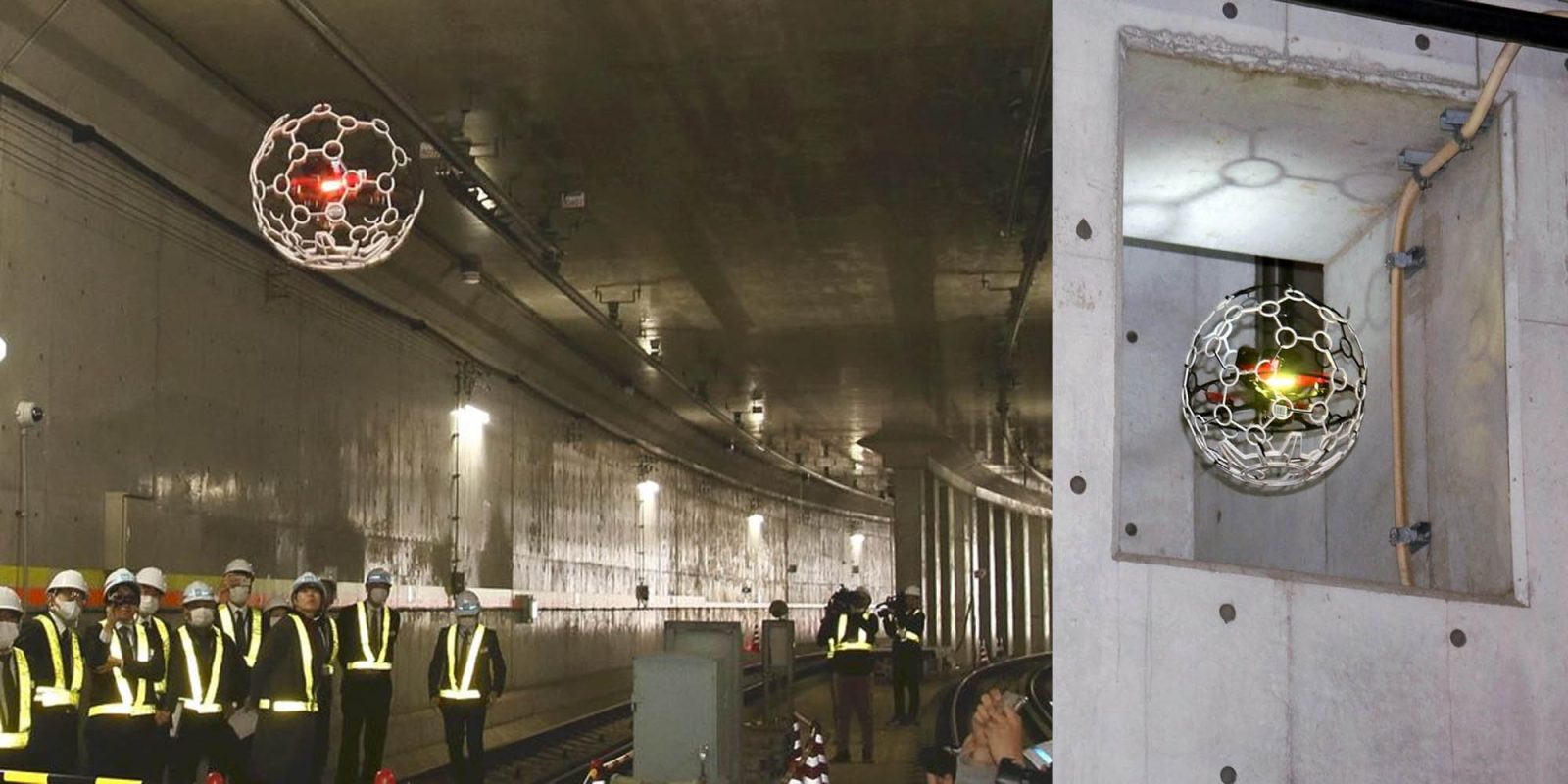 Drones demonstrated their usefulness during a recent Tokyo Metro Co. demonstration, showing reporters how it’s utilizing drones to improve tunnel safety. The inspection drones were flown at the Koto Ward facility in Tokyo and have been using drones since the 6th of February to inspect tunnels.

The drone takes on a similar appearance to Flyability’s Elios 2 inspection drone with a cage surrounding it along with a camera, and a bright LED light attached to it. The drone has a diameter of 22 cm, weighs 1.15 kg and can fly for up to five minutes at up to a height of 50 meters.

Tokyo Metro Co. has implemented drones to complete inspections in an effort to improve tunnel safety and to reduce the need for scaffolding and heavy equipment. Both are currently used when inspecting the almost 200 km of tunnels that run under Tokyo.

During the demonstration, an employee flew the drone in a 5.5-meter high training tunnel with a video feed being sent to a monitor where other workers are inspecting the footage for any defects in the tunnel. The drone also takes photos for later inspection and if anything of concern was found by the drone.

The company plans to roll out drone inspections throughout the whole tunnel network in the next few years, with the Marunouchi line being added to the list before the end of the year. Tokyo Metro Co. told The Japanese News, “We want to use drones to do more for safety.”

Do you think drones should be used more often in inspections? Let us know in the comments below.