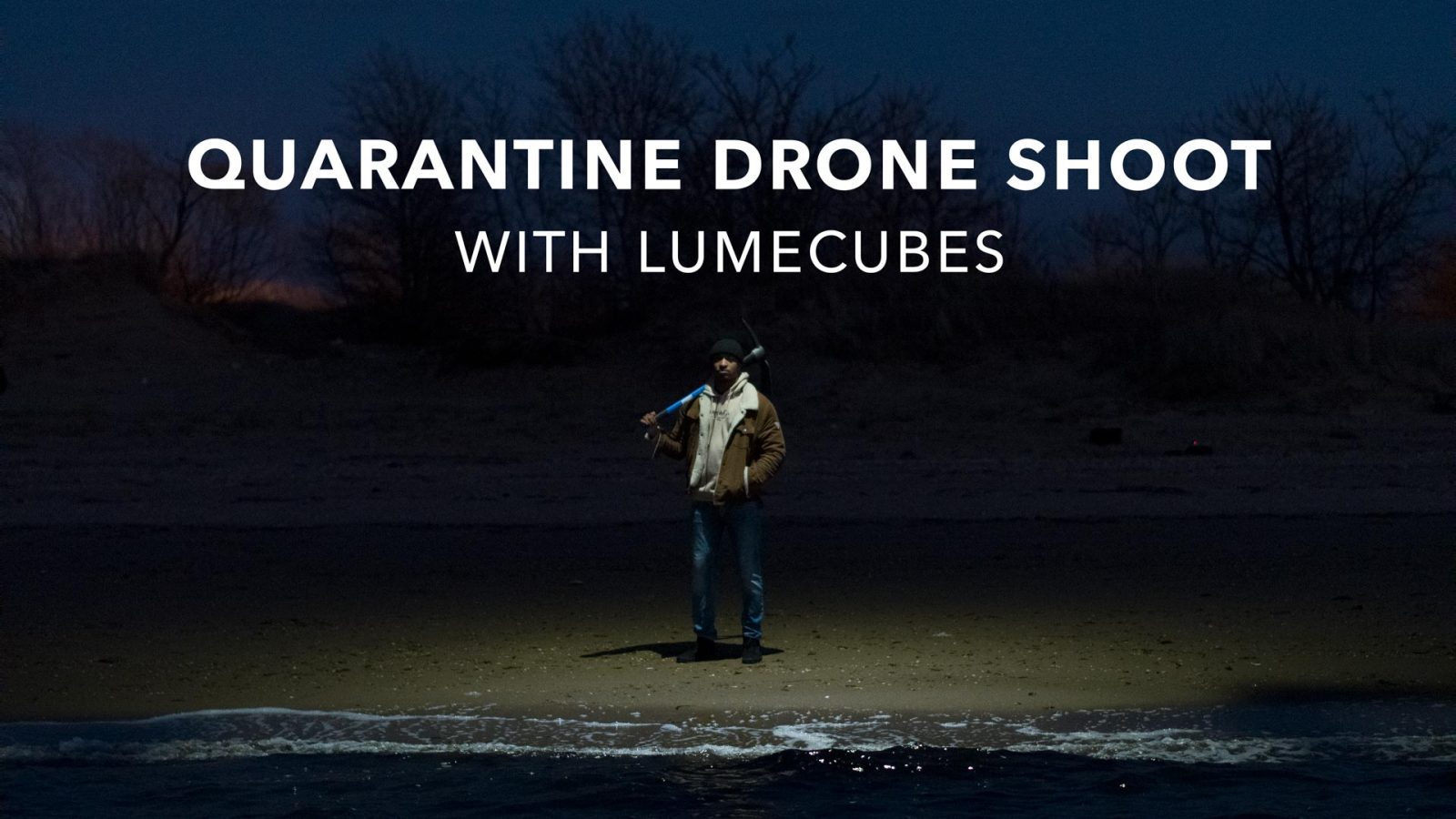 Before social isolation was being urged in the US and quarantines were being put into effect, Martin Sanchez (@zekedrone) and I decided to document these times with creative photographs. We came up with the idea to have a subject in isolation in a hazmat-like suit, illuminated from above by two LumeCubes on a Mavic 2. 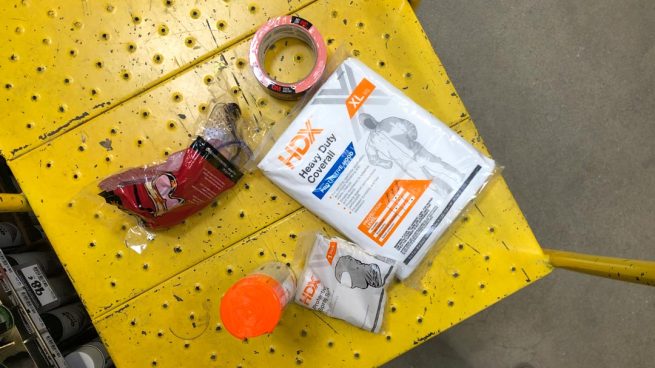 In order to pull this off, we needed to make sure we were in a safe spot where the drone could hover with the LumeCubes mounted. Next, we needed to set up a stills camera on a tripod for the actual photograph. Using the Sony a6300, we shot multiple 10- to 20-second exposures while flying the Mavic 2 above to light the subject. While the camera was shooting, we would draw different shapes with the drone and the cubes to modify the lighting in the image. In the end, we stuck with an original exposure, but also got to witness how much more we could do with these little lights. 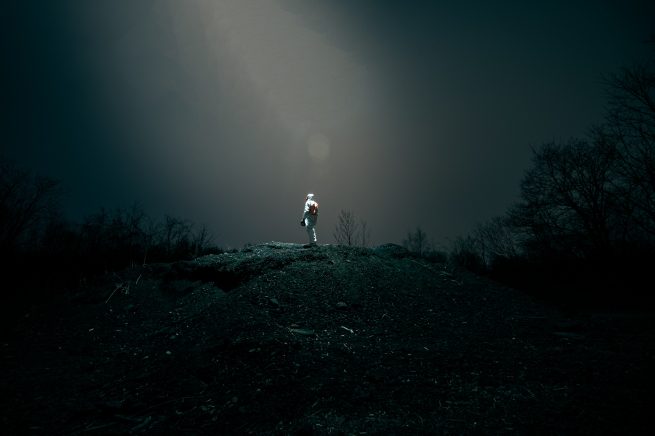 When I first heard of these lights, I thought they were really cool but never really figured out how to use them to my advantage. After some chatting with Marty, it didn’t take much to come up with several ideas that we wanted to try out.

Being creative with LumeCubes is fun because most of the time as a drone pilot, you feel restricted to shooting with light. At night it can be much harder to see and indeed takes some practice. However, when you start to think creatively, you can innovate almost anything.

Furthering the concept of this photograph, we also wanted to experiment with video on another day. Unlike the a6300 shooting a 10- to 20-second long exposure, video requires a certain shutter speed and frame rate to look natural. With the settings bumped up on the DJI Inspire 2/X5S  with a 45mm lens and the LumeCubes lighting the subject, we were in fact able to capture some neat test clips that you can see below.

I hope everyone is socially isolating during this pandemic. This is a good time to come up with new ideas, and learn and create new things as a constructive distraction. I know I will doing everything I listed plus some. :)

Let me know in the comments below if anything sparked your interest here. Any new ideas? How else can you see the LumeCubes being used for other applications via drone?