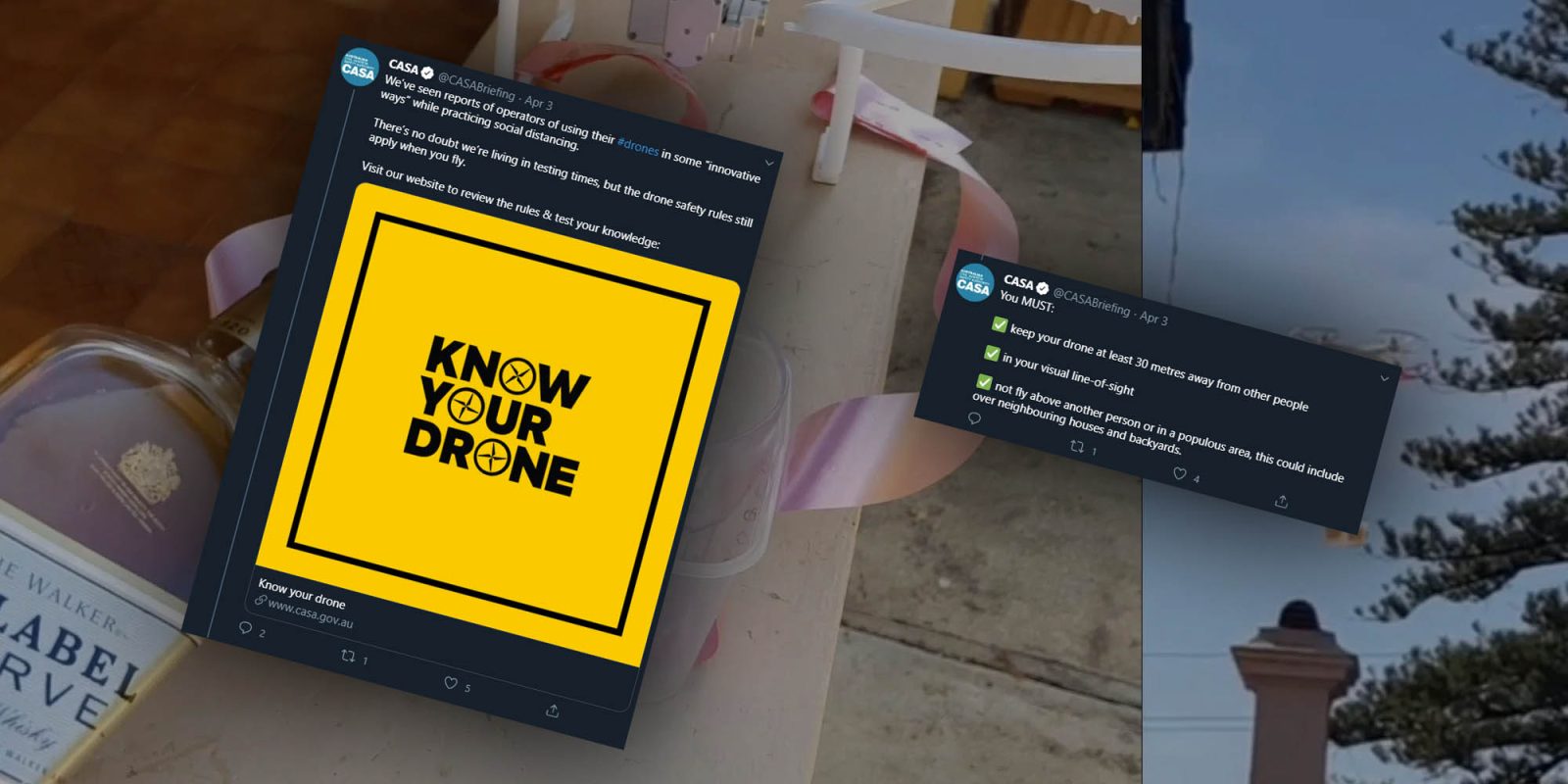 The Civil Aviation Safety Authority (CASA) shared a drone rules reminder on Twitter after what we can only assume caused the message to be sent out, neighbors sharing a drink with each other via a drone in eastern Australia.

Last Friday, Australia‘s aviation regulatory body, CASA took to Twitter to send out a quick reminder to drone fliers of the basic rules when flying drones within Australia.

CASA stated that they have been seeing reports of drones being used in “innovative ways” during the coronavirus outbreak. CASA then reminded us that the drone rules still apply and followed up with another tweet saying the following.

You MUST: Keep your drone at least 30 meters away from other people. In your visual line-of-sight. Not fly above another person or in a populous area, this could include over neighboring houses and backyards.

Focusing on the last point. “Not flying over neighboring houses or backyards,” almost points to the recent drone flight that saw a man missing his neighbors flying two glasses of whisky over to his their house for them to enjoy, while the social distancing laws are in place.

CASA has also recently announced its plan for drone registration and accreditation for all drones flown outdoors and weigh over 250-grams.

We’ve seen reports of operators of using their #drones in some “innovative ways” while practicing social distancing.

There’s no doubt we’re living in testing times, but the drone safety rules still apply when you fly.

Visit our website to review the rules & test your knowledge:

What do you think about the response from the Civil Aviation Safety Authority (CASA)? Do you think a more serious response was needed? Let us know in the comments below.