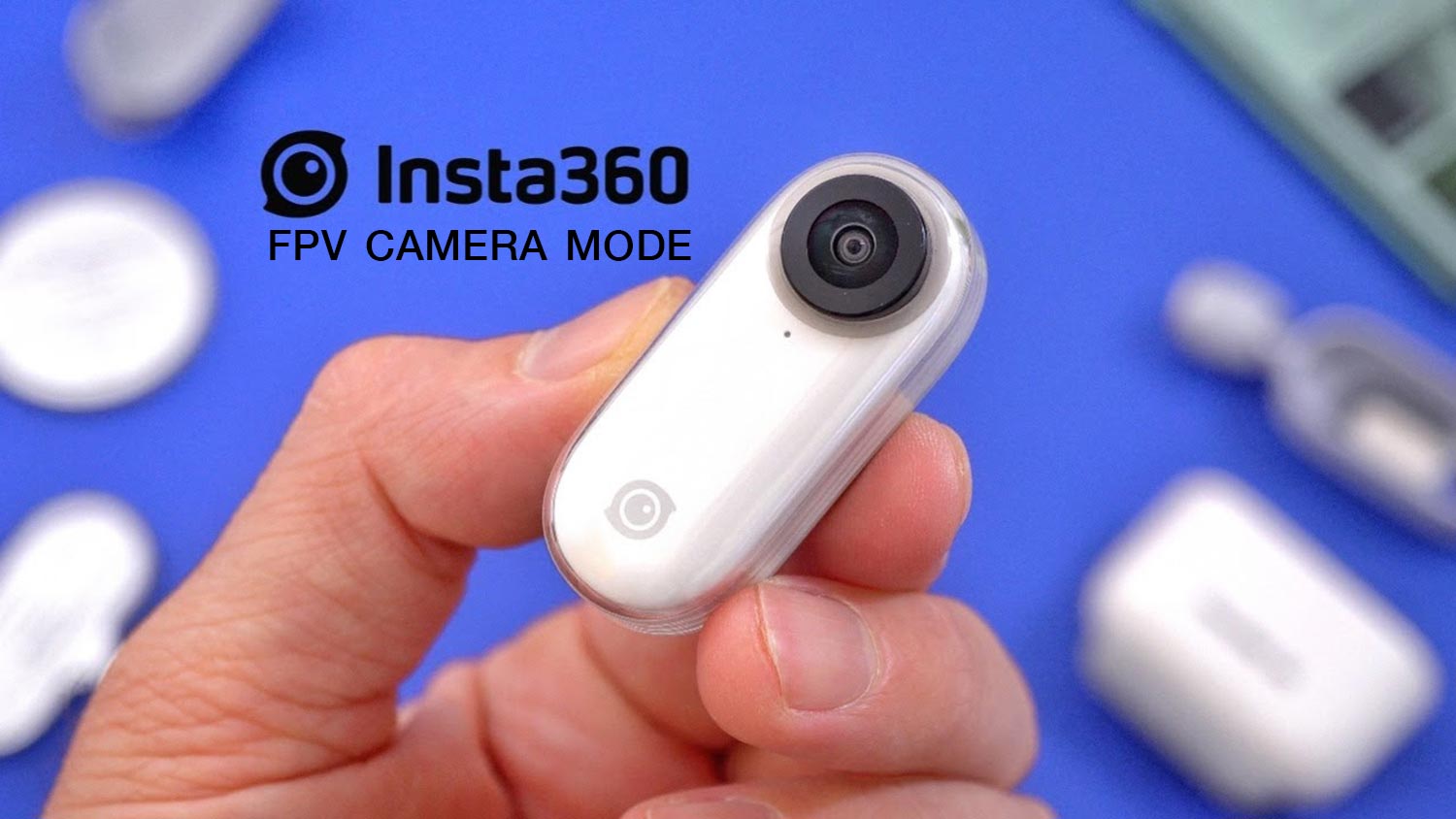 Most first-person-view (FPV) drones have poor-quality small cameras. That’s why I was so excited when the Insta360 GO came out last year. This camera is about the size of your thumb, weighs just 20 grams (0.7 ounce), and records some pretty steady 1080p HD footage. The one drawback was limited recording time, which has now been fixed.

As FPV drones continue to get smaller, equipping them with an action camera like a GoPro or Osmo Action to record 1080p or 4K footage can be a challenge. Most micro drones weigh under 250 grams (9 ounces) and would have trouble carrying a second camera to record HD video.

However, the Insta360 GO, weighing only 20 grams, can easily be mounted to almost anything with Velcro, a strap or a rubber band. Those hard-to-get micro drone shots are now more possible than ever.

When it first came out, the Insta360 GO was limited to 30-second clips, which doesn’t give anyone much time to set up a shot. With the new FPV Camera Mode, you can now record up to five minutes on any Insta360 GO. You just need to update the firmware via the Insta360 App(Android/Apple).

To see the footage this camera can capture and how to set it up, check out the below video from YouTuber Albert Kim. Even at the camera’s limit of 30fps, the clips look very smooth.

As an FPV pilot myself, I am always thinking of ways to record at least 1080P resolution. Coming from the world of DJI, I feel like I have been so spoiled with HD video. When I first got into FPV, the video transmission was one of the biggest differences I had to adapt to. Built-in FPV drone cameras are meant to show the pilot where they are going, not to provide HD video for showing to anyone else. Most of the time, an HD cam is an add-on as opposed to a built-in option as you’d see on cinema drones like those from DJI.

Most of the time FPV pilots will record DVR footage, which is essentially what they are seeing through their goggles. This video is far from cinematic, as you can see in the frame below. 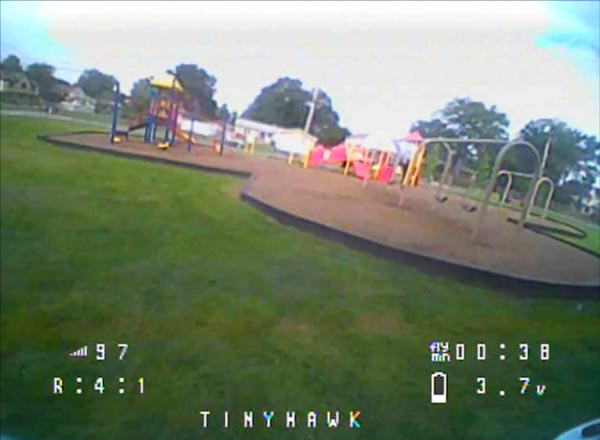 With a majority of pilots still flying analog, the best part about the Insta360 Go is the fact that any pilot can simply add this to their drone and fly without having to worry much about weight or placement. You can enjoy flying your nimble little FPV drone and capture great footage to share.

What would you shoot with the Insta360 GO?