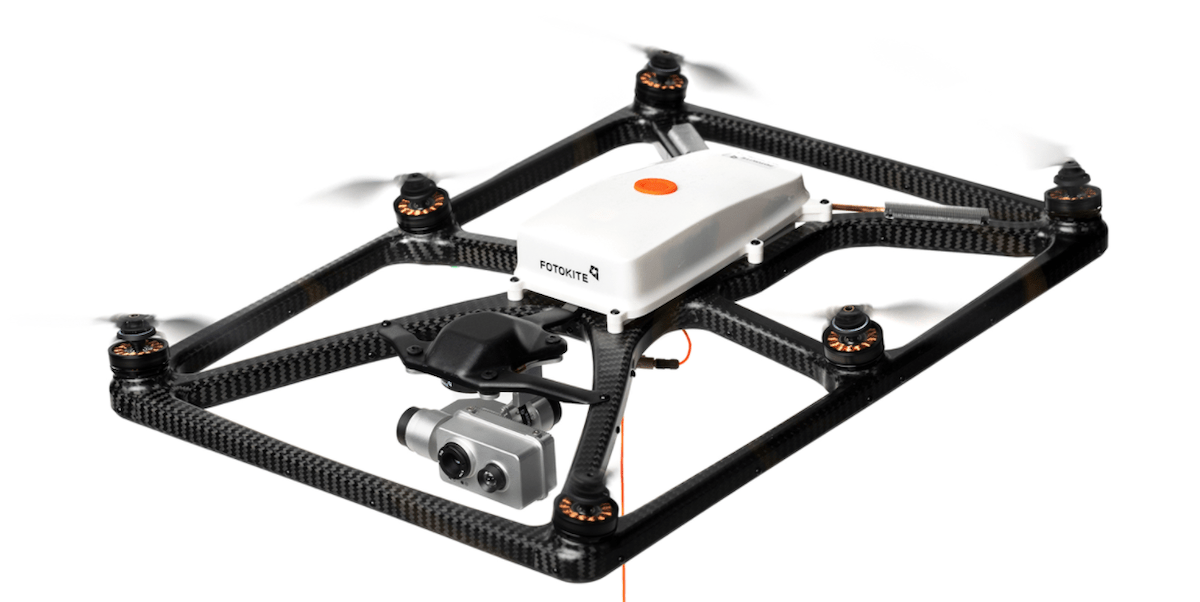 Fotokite already offers a clever response to two challenges for deploying drones: limited battery life and the need for a certified pilot. And now it’s tackling a third challenge with its new product: How to deploy a drone as quickly as possible in a first responder situation. Drones can be a tremendous asset to first responders such as fire fighters. They quickly provide an aerial perspective that highlights dangers and opportunities in a crisis situation faster than just eyes on the ground can.

Fotokite, a Swiss startup that specializes in first responder drones, has just launched a new product to make deployment even quicker. Its drone takes off right from the roof of an emergency vehicle. Rooftop, as the product is called, is essentially a box that mounts to the roof or roof rack of a vehicle. When first responders arrive on the scene, the box opens up, revealing the company’s Sigma hexacopter.

Drone on a string

Rooftop doesn’t just house the done. It also provides continuous power and data link through a 150-foot tether. The tether is a signature feature of Fotokite, and the source of the company name. (The concept helped win the company a million-dollar prize in the 2018 Genius NY Drone competition.) 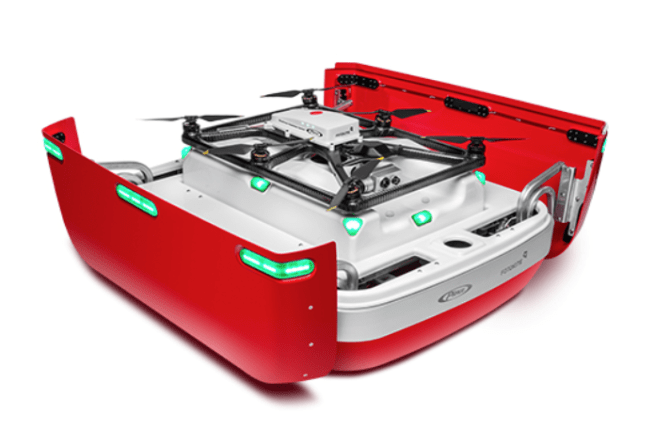 The tether eliminates the limitation of drone batteries, which typically deplete in about 30 minutes. Through the tether system, Sigma can stay aloft for hours, streaming data from both an RGB and an infrared camera. Of course this limits how far the drone can fly. Fotokite is more about getting a perspective from on-high than flying a drone all around an emergency scene.

Another novel aspect of Sigma is that it’s completely autonomous. This eliminates the need for an FAA Part 107 certified pilot to operate the drone. The drone takes off, hovers, and lands automatically at the push of a button.

With the roof mount and autonomous launch, Fotokite claims that its drone can be in the air and sending back images within 10 seconds of arrival on the scene. And in an emergency, every second counts.