Mavic Air 2 propeller warning – put them on the correct motors 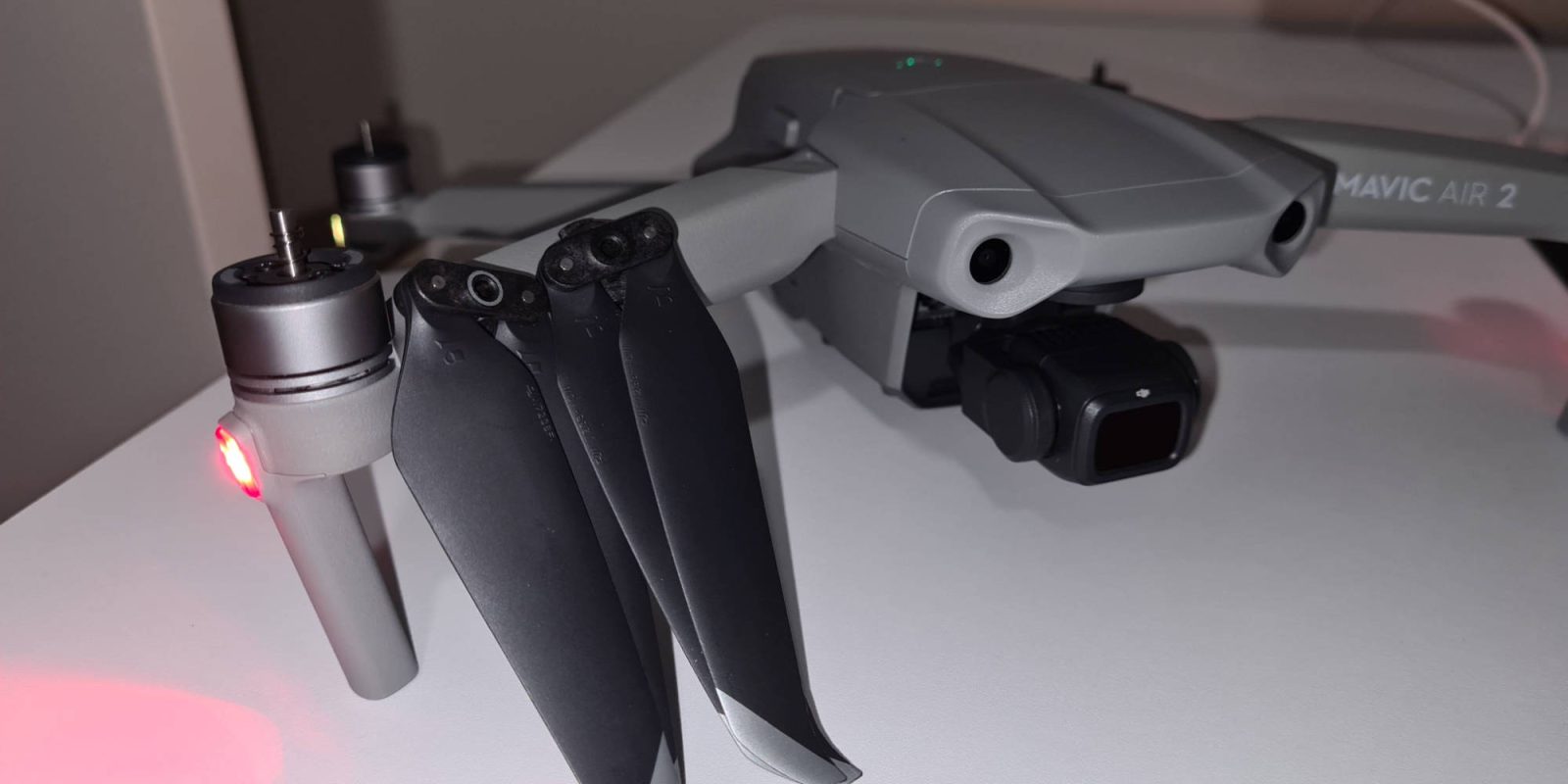 The first time I took to the skies with the Mavic Air 2, I ran into this issue, luckily, I was saved by the prompt in the DJI Fly app. While the chance of putting the wrong propellers on is slightly higher, in the long run, it isn’t that big of an issue. Personally, when I’m packing my Mavic Air 2 away, I keep the propellers on, so the only time I will ever need to worry about this is when putting on replacement propellers.

Although you can put the wrong props on the motor, the drone actually won’t take off if this is the case.

What you can do

DJI has tried to fix this problem by prompting you in the DJI Fly app to do a safety check before each flight. The prompt tells you to check the propellers and match them using the colored ring on the propeller and motor. You can also stop the message from showing.

The propellers also have small lock symbols with an arrow pointing in the direction the propeller must be turned to get it to lock into place on the correct motor.

Why did DJI do it?

While the exact reasoning behind the change is unknown there is a possibility it has to do with the lawsuit DJI was facing earlier in the year with Autel Robotics. DJI had reportedly infringed on Autel’s patents for the propeller safety mechanism found in previous DJI drones along with folding landing gear. You can read our coverage here.

DJI likely removed the mechanism from the drone as a precautionary measure if Autel were to win the lawsuit and force DJI to take its latest product off the shelf in the US, the Mavic Air 2, where the majority of DJI’s user base is. We would expect the upcoming DJI Mavic 3 to have a similar situation.

The Mavic Air 2 is the latest drone to be released by DJI, with an exciting feature set including 4k 60fps video, 48MP photos, ActiveTrack 3.0, and HDR photos and video. The DJI Mavic Air 2 has a maximum flight time of 34 minutes and can fly up to 10km away. Be sure to take a look at our Mavic Air 2 coverage below:

Will you be purchasing a Mavic Air 2? Or are you waiting for the upcoming DJI Mavic 3? Let us know your thoughts in the comments below.