Drone has near miss with helicopter during police procession 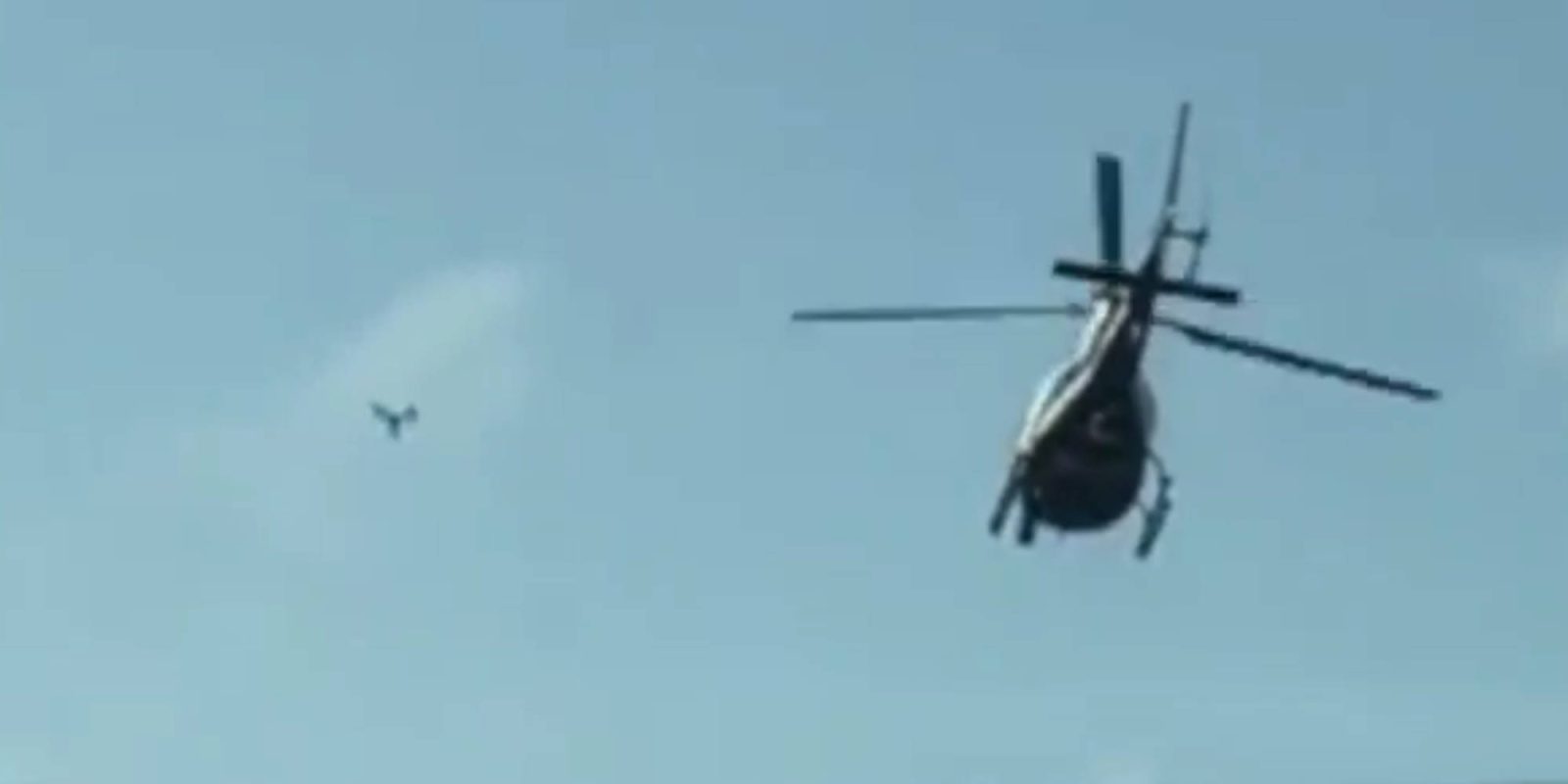 A drone has had a near miss with a police helicopter in Tulsa, Oklahoma, during a procession for a fallen police sergeant on Wednesday. The near miss was captured by a bystander filming the procession when he noticed the drone flying near the helicopter.

The incident was filmed by Sean Thornburg while he was on the side of the road watching the procession go by.

The drone operator is unknown at this time, but it is likely that the person flying it was capturing footage of the procession, as it looks to be an Inspire drone from DJI that happened to be flying near the road that all the police vehicles were driving on.

The airspace the drone was flying in is a restricted airspace, but it is unknown whether the pilot had approval to fly in the area. According to the FAA, you must give way to manned aircraft and not interfere with them. It’s likely the drone pilot was looking down at the monitor capturing the shot while heading directly for the helicopter.

A day later, on Thursday, three officers were injured in a car crash while escorting the body of the fallen police sergeant. All of the officers were sent to the hospital, with two of them out and one still receiving treatment for their injuries.

Not long ago, a police helicopter and police drone in Canada collided during a low-altitude flight. The drone was ascending and hit the helicopter. The pilot noticed small vibrations and decided to land the helicopter. It turns out the drone damaged the main rotor blades along with superficial damage to the tail boom and tail rotor.