DJI bi-copter and drone frame made public by CNIPA patents 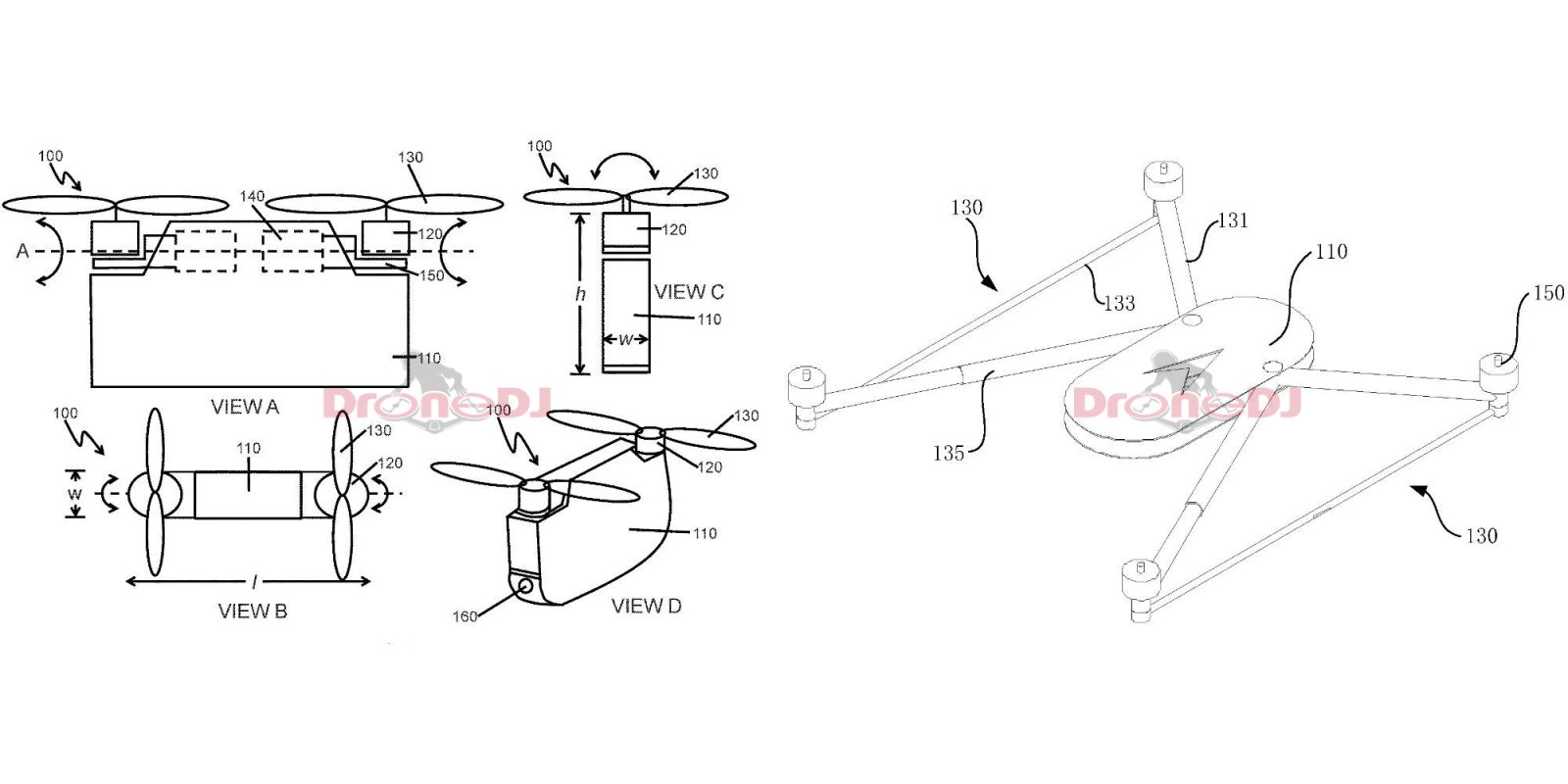 Late last year, ZeroZero Robotics released its bi-copter with an impressive flight time of 50 minutes, thanks to the fewer motors needed to keep the drone in the air. Right after the release, the drone community started to speculate if DJI would enter the bi-copter market. Today, it looks like DJI is exploring the world of bi-copters.

The patent shows what looks to be a small rectangular block with rounded edges that is equipped with two motors at the top that look to be mounted onto rotating plates. These plates make up for the lack of four motors by swiveling to adjust the angle of thrust produced by the drone. In the drawings we are also able to see what looks like a camera hole on the front of the drone, and judging by the size of it, I assume the drone, if released, will be more of a selfie drone you can quickly put in the air to get a cool angle.

A less likely option could be a drone focused on military operations, like a surveillance and reconnaissance drone that soldiers could deploy in the field. This is something I would not expect, as DJI has gained a bad rep with data security as a result of the US government suggesting its drones capture private data.

Something that has been speculated ever since the launch of the FPV system released by DJI is a DJI racing or FPV drone. From the abstract we know that the rear arms of the drone can be pushed in, causing the front arms of the drone to be folded in on the drone. Something I did notice is that the arm design is very similar to the Parrot ANAFI USA.

Looking at the drawing, we are able to see that the part of the drone that holds the components looks to be flat like many racing and FPV drones are. There are two layers that could be used to protect the components of the drone. The drawing also shows us motors that look to already be installed on the drone, with ESCs also likely already installed on the drone. We aren’t able to see any other components from the single drawing, but it could mean that the frame will come with motors and ESCs pre-installed, leaving the consumer to equip it with DJI’s own components or third-party components you are familiar with.

What do you think of the drones shared in this article? Do you think DJI will be releasing a bi-copter and a racing drone frame? Let us know your thoughts in the comments below.