Drone prevented from dropping $100,000 worth of drugs into prison 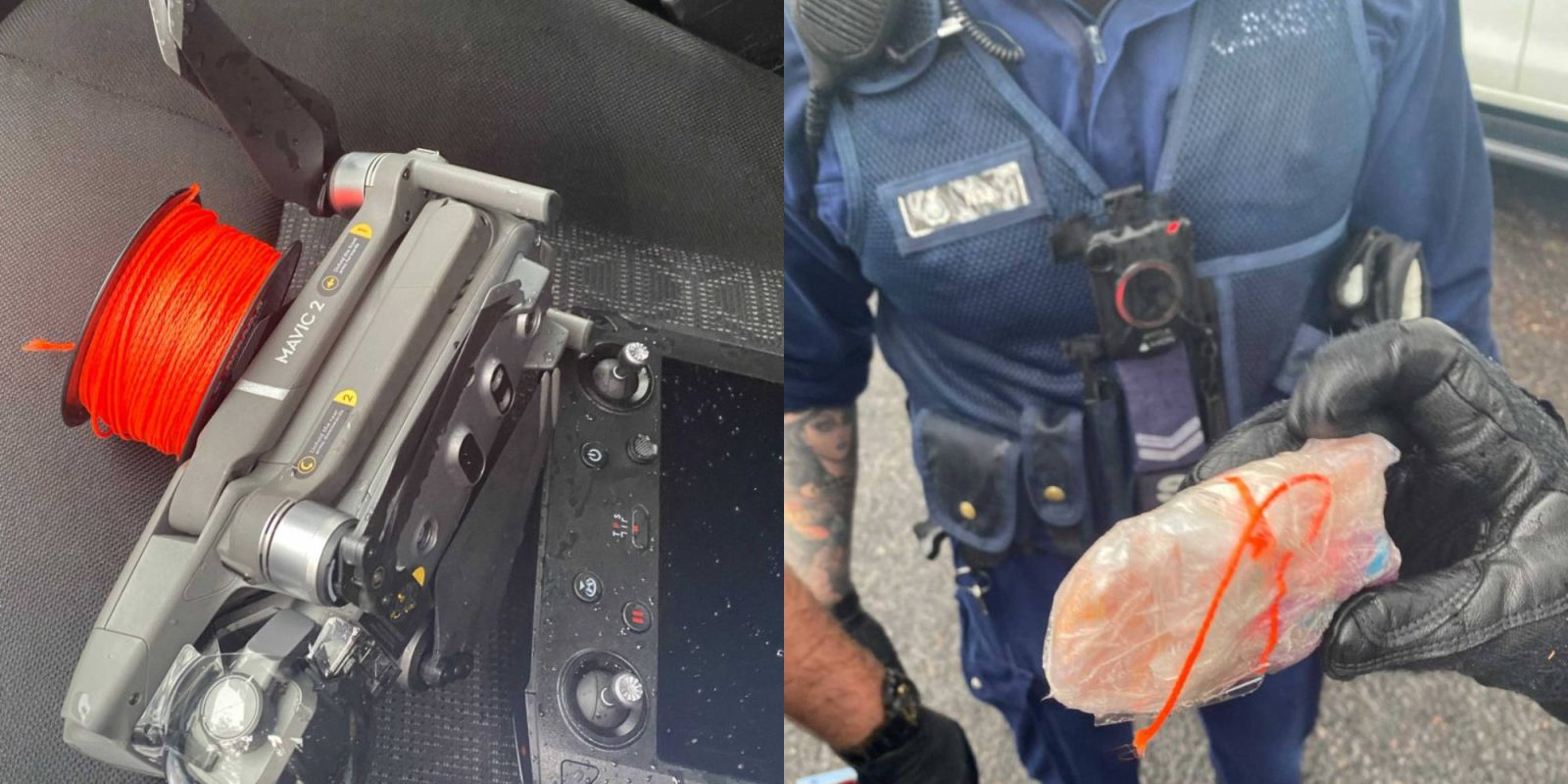 Prison officials in New South Wales, Australia stopped a drone from carrying over $100,000 worth of drugs into a maximum-security prison during a car search on July 27th. The drone was found with a bundle of string and a package containing the drugs.

The Mavic 2 which was believed to attempt flying the contraband into the prison was found with a package that contained 108 buprenorphine strips and 42 buprenorphine tablets, both of which are used to treat those addicted to opioids. A tablet or strip is said to be worth around $700 in prison.

The drone was stopped by the prison officials after alerts were raised last weekend when tennis balls containing the same drugs were thrown into the prison resulting in the officials being on high alert.

Four people have been arrested after the drug smuggling attempts including the man believed to be behind the tennis balls. The three behind the drone drop, a 28-year-old, 22-year-old, and 19-year-old have also been charged in connection to the attempt.

As a result of COVID-19, prison visits were canceled back in March, forcing those smuggling things into prisons to find new ways of doing so and one of the chosen ways has been drones. Drones can work well for this, you can stay far away from the prison, drop the package, and potentially leave without being spotted.

Corrective Services Commissioner Peter Severin shared the following on the use of new ways to smuggle contraband into prisons.

“Since visits were cancelled to correctional centers in March due to COVID-19, we’ve seen people increasingly using mail, drones and tennis balls in an attempt to smuggle drugs into our prisons. So they are trying new ways, lots of ingenuity there, and using drones of course is very modern technology, its one of those ways to try to get it in.”