Drone wireless/autonomous charging coming to US via WiBotic 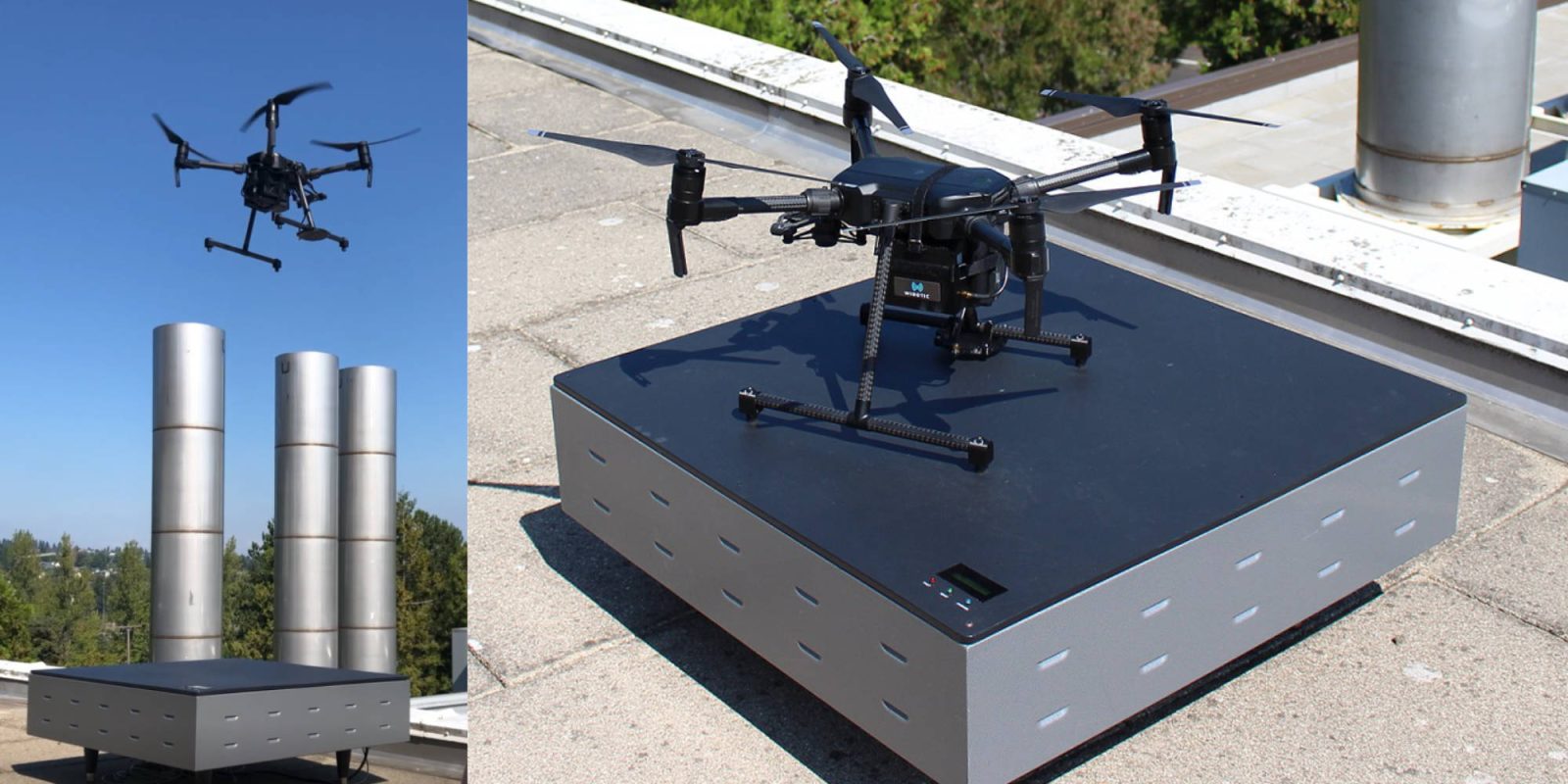 WiBotic has just announced that it has received FCC approval for its drone wireless charging tech providing up to 300 watts of power to equipped devices. The approval is the first of its kind, allowing mobile robots and drones to be charged wirelessly.

WiBotic has announced it received FCC approval for its wireless charging tech that enables drones and other robots to charge from several centimeters away from the transmitter. The system also monitors battery levels to ensure they are charged without causing damage, keeping the drones in the sky for longer and reducing maintenance times.

Last month, WiBotic was able to secure $5.7 million in Series A funding which it is using it to expand its wireless charging technology. The funding round included investors Junson Capital, SV Tech Ventures, Rolling Bay Ventures, Aves Capital, The W Fund, and WRF Capital.

Ben Waters, WiBotic CEO had the following to share:

“FCC approval is not only an accomplishment for our team but also for our customers and the industry. Previously only low power cell phone and small electronics chargers or very high power electric vehicle chargers were approved for widespread use. WiBotic is now providing a solution that lets the entire automation industry take advantage of the wireless power revolution. As the industry continues to grow, robots and automation in general are facing more regulation and stricter safety and emissions requirements. We’re excited to help businesses solve some of these problems as they rapidly deploy larger autonomous fleets.”

WiBotic’s wireless solution entails a fleet of drones being equipped with wireless charging coils that receive power when landed on a base station. It removes the need for the drone to be equipped with charging contacts or a person to replace the batteries. As the drone lands, it also shares battery information and allows for a slow or fast charge to begin.

WiBotic is targeting the construction, inspection, agriculture, security, delivery, and mining industries to use its technology to enable drones to be in the air for longer, and allowing them to be charged in any conditions the drones can fly in.

“FCC approval is a major achievement, representing thousands of hours of product development and testing. The engineering of WiBotic designs to comply with FCC requirements was a non-trivial task. I am extremely proud of our team and grateful to have achieved this milestone alongside everyone at WiBotic.”