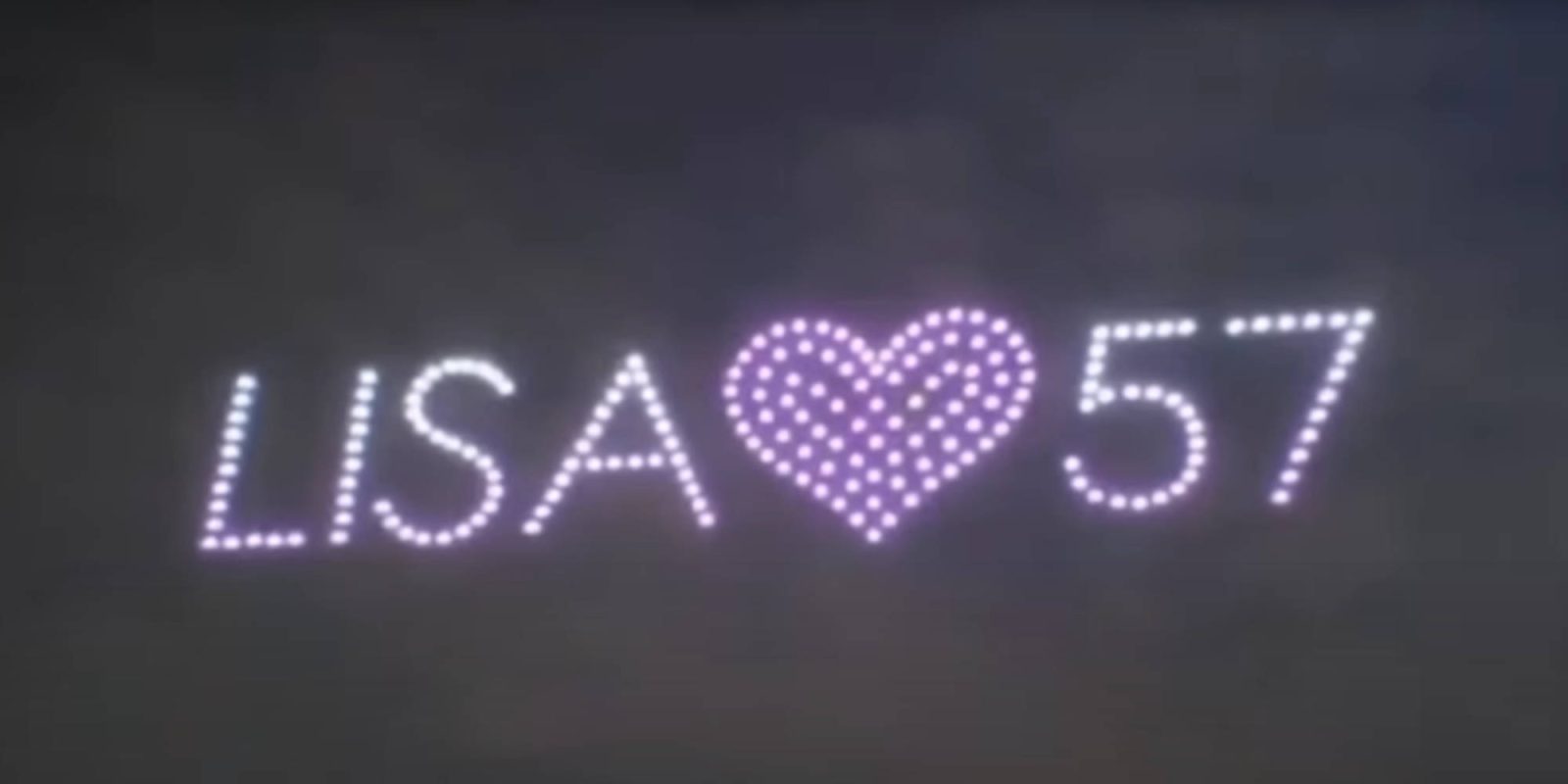 On August 8th, 200 drones took to the skies to celebrate Lisa from the South Korean girl group Blackpink’s 4th anniversary. The drones lit up the sky above Shanghai, China displaying messages about the group’s member.

The drone show appears to be organized by the Twitter account LISABAR_CN which states itself as the first fan club for Lisa from Blackpink in China. The show was in celebration of the group’s anniversary which was back on August 8th, 2016.

At the beginning of the show, the drones appeared to be from EHang who are behind many of the drone shows we have seen in China so far. EHang’s light-show system is capable of flying over 1,000 drones at a time with the drones getting as close as 5cm to each other. The drones used are custom-made GD2.0X drones that share much of the same design as the EHang Ghost Drone with the same bottom facing propellers.