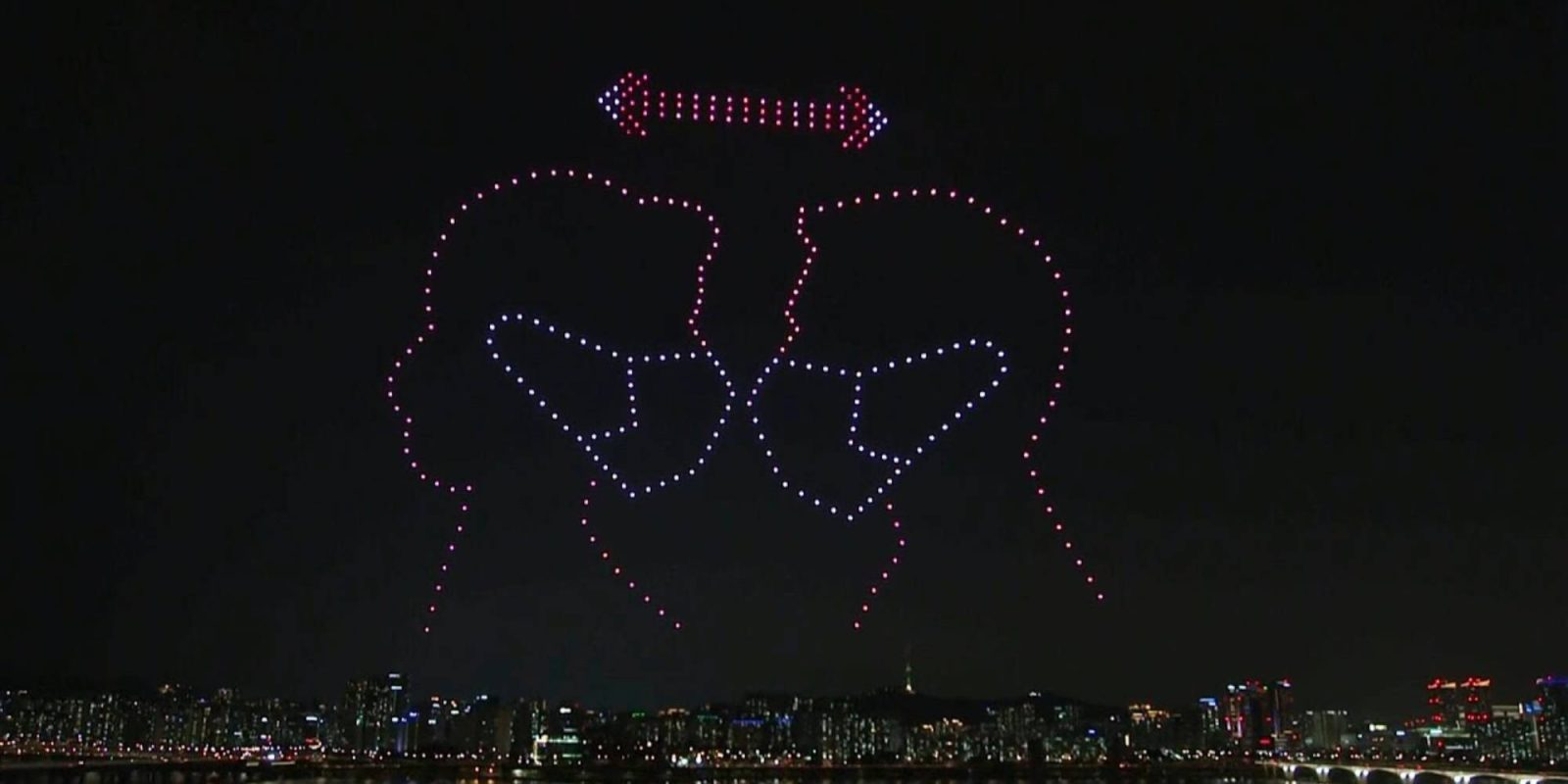 A swarm of drones has lit up the Korean city of Seoul’s skies displaying motivational and awareness messages about COIVD-19. 300 drones were sent up in the sky to remind people to continue to follow the social distancing measures and thank those working on the frontlines.

The 300 drones were sent up above the Han river to create a 10-minute aerial show put on by South Korea’s Ministry of Land, Infrastructure, and Transport.

The video opens with two people wearing masks slowly separating demonstrating social distancing measures in place. It then shows two hands with water droplets falling towards them signifying that you should be washing your hands often.

The next image created looks to be a hand showing a thumbs up resting on another hand, maybe saying good work to the people of Korea for following the new rules. It finally finishes with the words “Thanks to You” and a large heart as a way to show that the efforts of the frontline workers aren’t going unnoticed.

The drone show also included three medical staff in protective overalls and the Korean flag which weren’t shown in the video below.

What do you think of all the countries turning to drones to say thanks and show appreciation for those working on the coronavirus frontlines?