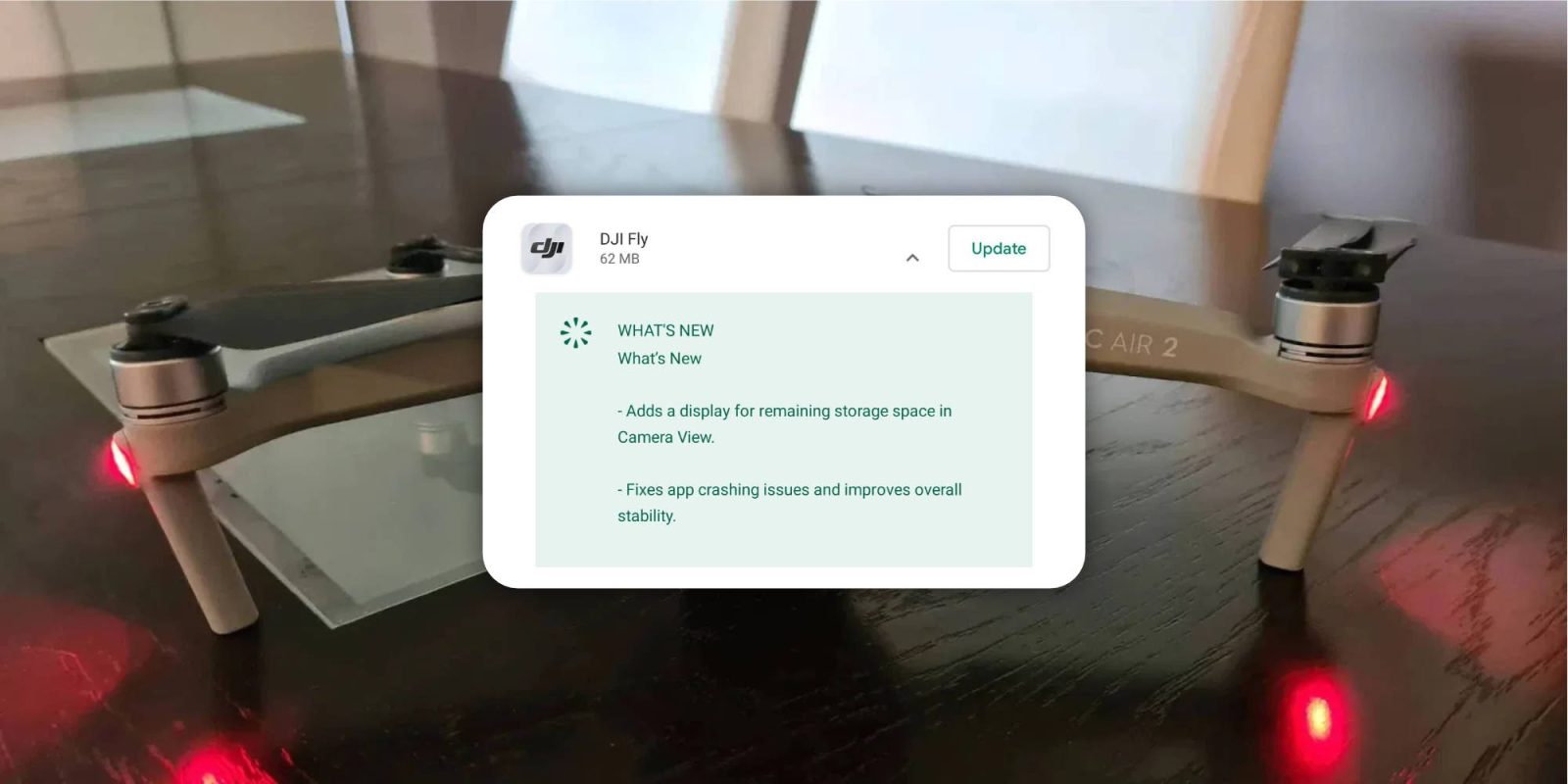 The DJI Fly app has just received an update fixing a few bugs and adding a remaining SD card storage display on the main screen. While flying, you will now be able to check how much longer you can record for on the SD card and see the GB remaining on the card.

Earlier today, DJI released an update for its Fly app, allowing you to control and fly your Mavic Mini or Mavic Air 2 drones. The update isn’t too big this time around. However, it does add a requested feature right to the main display when flying the drone, a remaining SD card storage display.

The new display lets you see how much time is remaining on your SD card for the current camera mode. The display can be switched between the time remaining and the GB left by tapping on it. You now also get a quick view of the camera mode you’re in, instead of having to go into the camera settings. If you are taking photos, the number of photos you can take is displayed. It’s great to see DJI is continuously adding new features to the app.

UPDATE: Thanks to a DroneDJ pointing it out, the new update also adds support for the Turkish language.

The app has also fixed crashing issues and has improved the stability of the app. The new update is available right now to download via the App Store and the Play Store.

Over the lifetime of the Fly app, DJI has updated it, bringing new features, putting it in a similar playing field to the more established DJI GO 4 app. The fact that DJI has been consistent with the updates makes me believe they are getting the app ready for the upcoming Mavic 3 series expected to come out later this year or early next year.

You can keep up with the update history below:

What do you think of all the improvements DJI is making to the Fly app? Do you think DJI is getting it ready for the Mavic 3? We’d love to know your thoughts in the comments below.