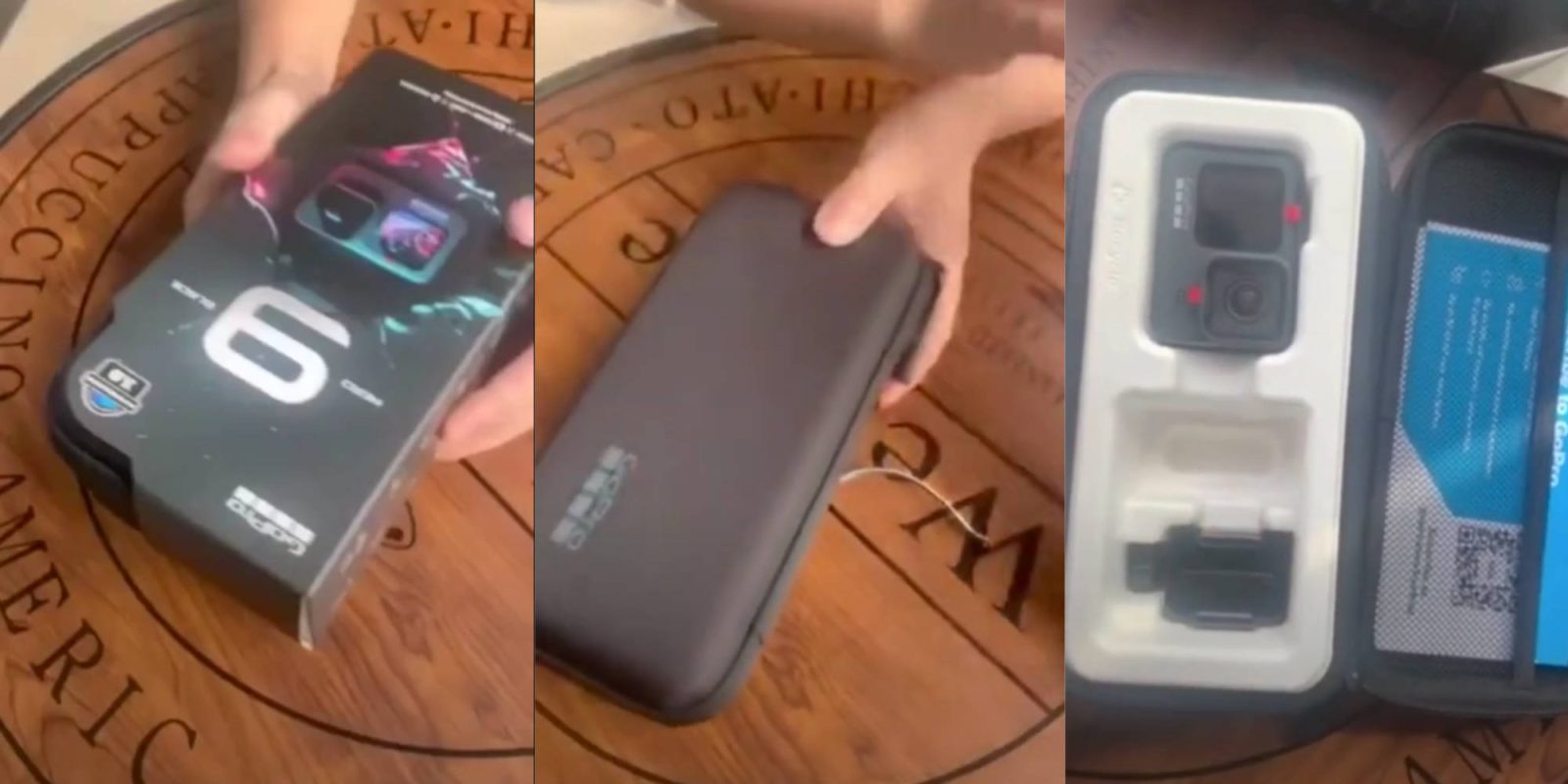 An unboxing of the unreleased GoPro Hero 9 Black has hit the internet in the form of a YouTube video showing off the new features for the first time. The unboxing video shows off the GoPro’s new packaging and the front display.

The video starts with the GoPro still in its retail packaging with all the standout features displayed on it. Underneath the cardboard layer, we can see a hardshell case that doubles as the protective packing for the Hero 9.

Inside the hardshell case, we are greeted with the GoPro Hero 9, the charging cable, battery, and mounting hardware. In the mesh section above, we can see a ‘Subscribe to GoPro’ leaflet that is presumably trying to sell the GoPro Plus subscription to the customer. In the box, we can see a white plastic or cardboard insert that is used to keep the Hero 9 and accessories from moving around in shipping.

One other thing we can see from the video is the plastic that seems to be covering most of the camera. The lens and the front and rear displays all have protectors on them along with the perimeter of the GoPro. This is also to keep the camera safe in its new packaging.

What we already know about the Hero 9